Ancient Egypt: From Discovery to Display & the Shape of Things to Come (A lecture & exhibit tour) 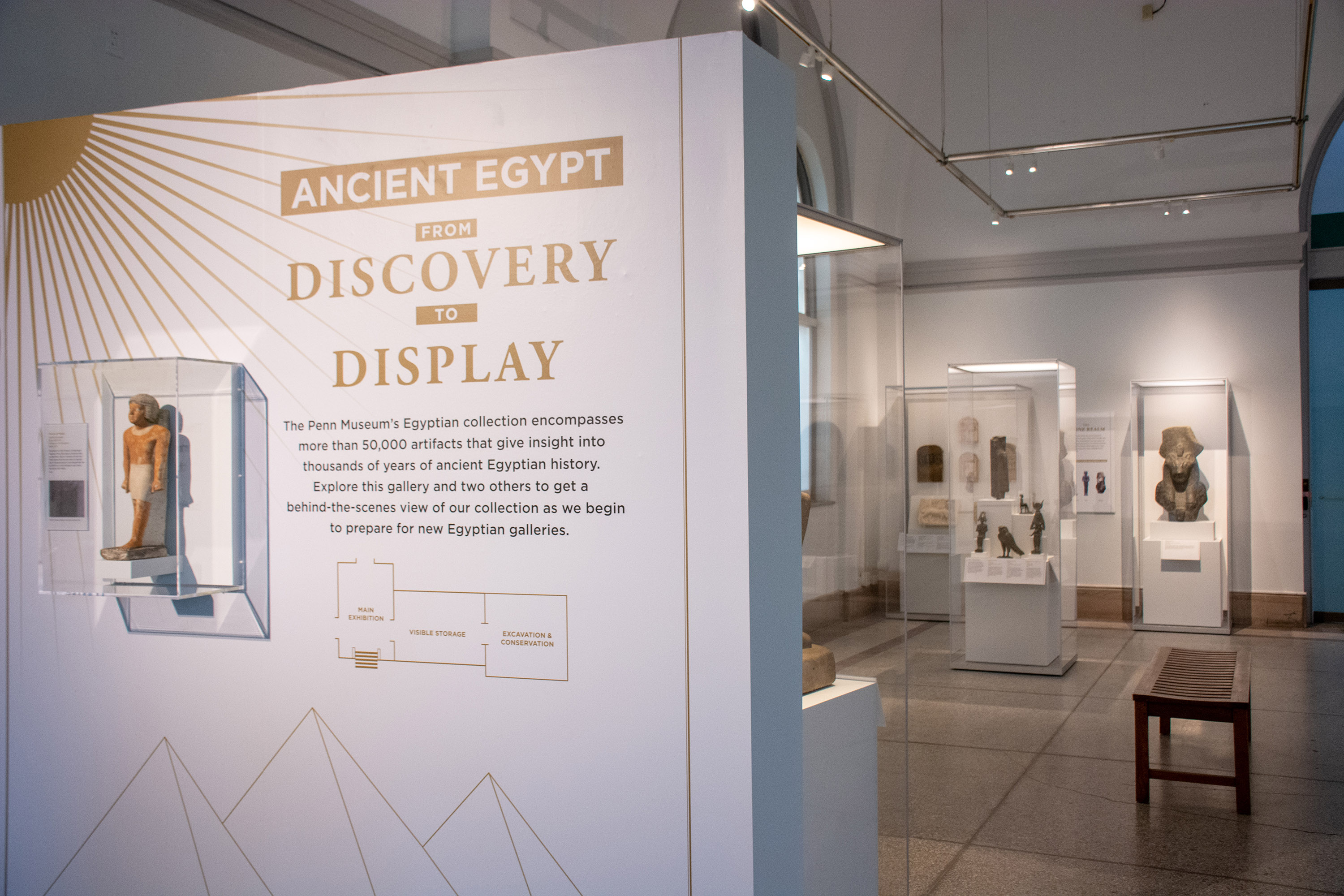 Ancient Egypt: From Discovery to Display provides visitors a once-in-a-lifetime opportunity to walk in the shoes of an archaeologist. Explore the journey artifacts take on their way to museum display, from excavation to conservation to storage and research. More than 200 fascinating objects, many of which have never been on view before, are included throughout the three-part, 6,000-square-foot exhibition. Eventually, these objects will become a part of the re-envisioned Ancient Egypt and Nubia Galleries, a much-anticipated cornerstone of the Museum’s Building Transformation. The lecture will discuss the current exhibit as well as offer insight into the planning for the new displays on death and the afterlife and ancient Egypt. A tour of Ancient Egypt: From Discovery to Display will follow the lecture.
*******
Dr. Jennifer Houser Wegner is an Associate Curator in the Egyptian Section and an Adjunct Assistant Professor in the Department of Near Eastern Languages and Civilizations at Penn. She received her Ph.D. in Egyptology in from Yale University’s Department of Near Eastern Languages and Civilizations. She received her B.A. from Penn with a major in Egyptology. She is the curator of the new “Ancient Egypt: From Discovery to Display” exhibit at Penn Museum. Her main area of interest is Demotic, a language which was used in Egypt from roughly the seventh century BC until about the 4th century AD. She has worked in Egypt since 1990 and has participated in numerous archaeological fieldwork seasons at the sites of Giza, Bersheh, Saqqara and Abydos.