Collectors and Scholars: The Numismatic World in the Long 19th Century 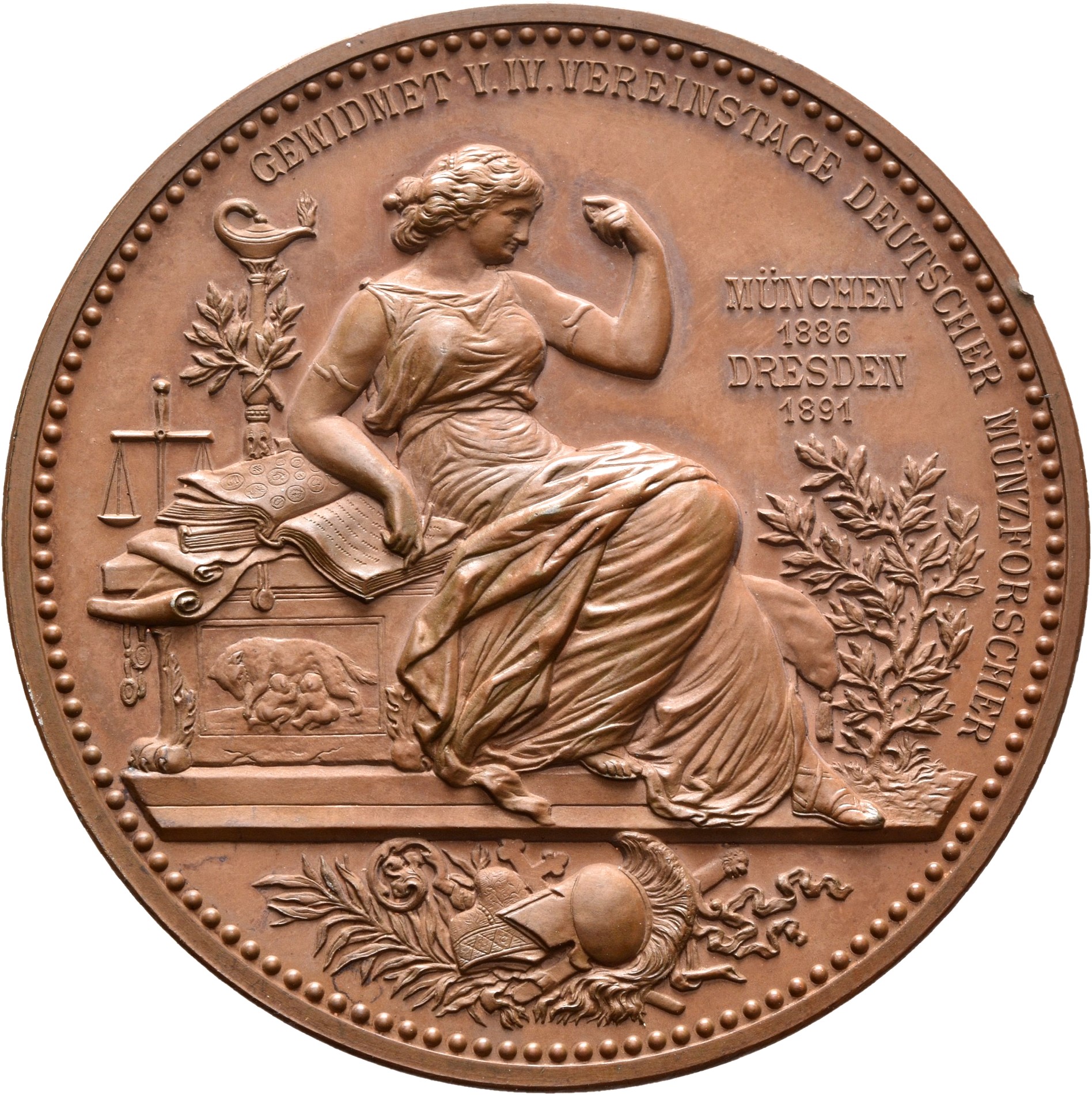 The 19th century is also the time when previously private (Royal) collections became public institutions (e.g. in Paris following the French revolution, or the Münzkabinett Winterthur in 1861), and when new museums were created (e.g. the Capitoline medagliere in 1873, Kunsthistorisches Museum Wien in 1891, etc.). Subsequently, museum curators began publishing scholarly catalogues of their collections, such as the British Museum’s seminal catalogue series (e.g. Greek Coins from 1873 onwards, or Oriental Coins from 1875 onwards). Some of the works published in the 19th century were aimed at collectors, such as Théodore Mionnet’s or Henry Cohen’s reference works, but it is notably thanks to their publications that scholars were able to process coin finds as source for dating archaeological sites and discussing social history (e.g. Theodor Mommsen identifying Kalkriese as site for the battle of the Teutoburg Forest, as early as 1850, on the basis of numismatics).

At the same time, large and famous collections evolved, were traded, or finally bequeathed to museums leading to new research on the subject. Whilst earlier collectors were almost always generalists (coins being one collecting field among others such as antiquities, paintings, gems, etc.), collectors such as Hyman Montagu or Virgil Brand devoted themselves only to numismatics. These famous collectors were sometimes scholars themselves, writing noteworthy articles. The names of John Evans, Friedrich Imhoof-Blumer, William Henry Waddington, Archer Huntington and King Victor Emmanuel III are the most prominent examples of illustrious collectors with expertise and the desire to promote numismatic scholarship through their collections.

The 19th century is also the time when collectors started paying greater attention to the condition of a coin, and to their provenance, while the new medium of photography and improved book-illustrations allowed for the documentation and recognition of individual specimens in auction catalogues and scholarly works likewise. In the same spirit, numismatists themselves became focus of interest: medals and tokens were struck in their names, and books were written about them (e.g. Médailles et jetons des numismates in 1865).

We may also think of the institutional development of archaeology out of philology around the 1840ies to become a discipline of its own that triggered a shift in perceiving coins predominantly as material manifestations of the past. In addition, we need to take into consideration the large scale professional excavations of the century (e.g. the foundation of the Reichslimeskommission in Germany in 1892) that enabled new methods in studying coins from an academic perspective. Ultimately, this pathed the way for numismatics to become a university subject with the evolution of university coin collections. The 19th century was also a time that saw the growth of nationalism, which was accompanied by a focus on one’s history as mirrored in the practice of collecting and trading coins. Questions may also include to what extend numismatics was received in the realm of contemporary art such as Eugène Delacroix’s engravings, and literature – for example with the many coin references found in the work of Victor Hugo. These are some of the various new avenues and perspectives the symposium wishes to explore.

Our aim is to explore the numismatic world in the long 19th century – including both, the sphere of academia, and that of collecting and dealing – with a focus on ancient numismatics but also on medieval and modern numismatics, with an interest for the political, cultural, economic, and social changes of the era. Thus, a wide range of international experts, including numismatists, historians, archaeologists, anthropologists, and art historians are invited to present their research. Papers that explore specific case studies are particularly welcome, and talks on non-Western numismatics and on medals are hoped for.

—
Abstracts of no longer than 500 words should be sent by email to:

Deadline for the submission of the abstracts is October 31, 2019