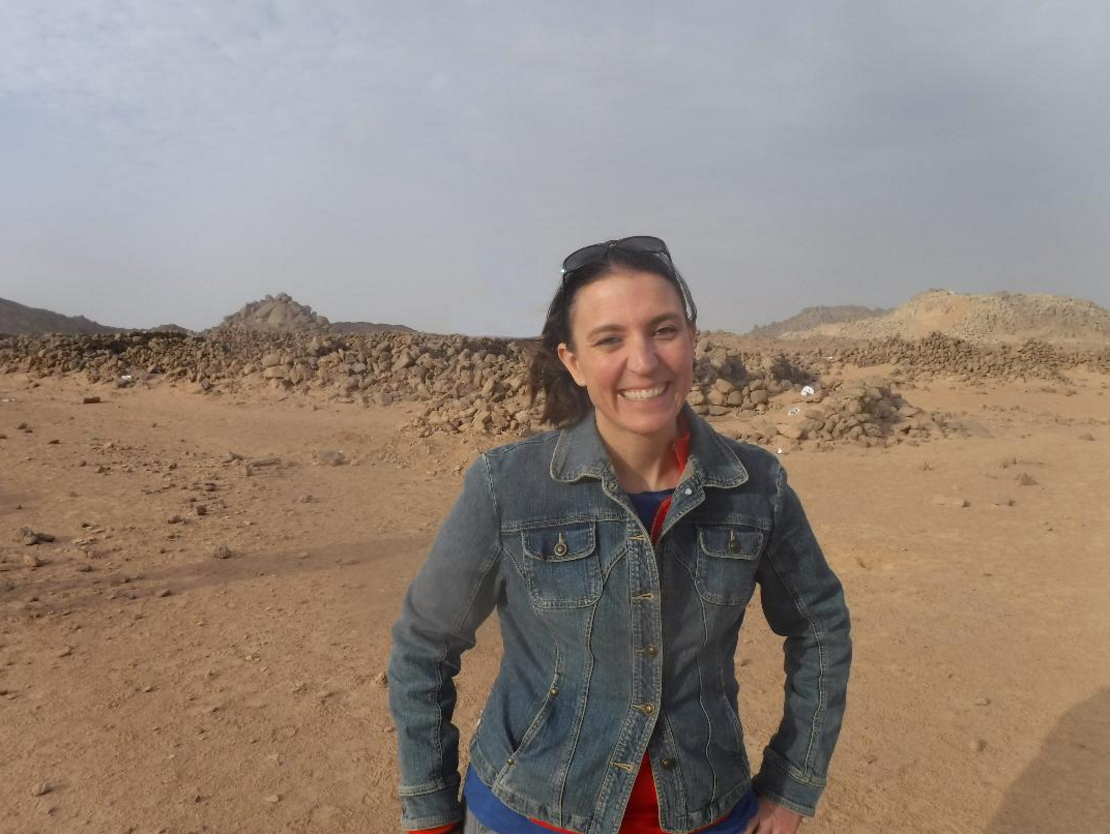 In the Middle Kingdom (c. 2000-1700 BCE), amethyst was an object of elite culture with which the pharaoh rewarded courtiers. Its jewelry was worn by princesses and queens. Yet the pharaoh needed to mine amethyst in the Eastern Desert. He arranged for expeditions of Egyptian and Nubian workers or slaves to toil in the desert acquiring the precious raw material. They were overseen by administrators and supplied from the Nile Valley. Dozens or hundreds of soldiers were part of these expeditions, too, in charge of protecting the supply of amethyst. Next to each mine, these workers, administrators, soldiers, and slaves built settlements and carved over 250 inscriptions documenting their adventurers in the desert. Come learn about the recent archaeological work at Wadi el-Hudi, giving a perspective of life in Ancient Egypt that is never seen in the Nile Valley: life on a harsh desert expedition.

Dr. Kate Liszka is the Benson and Pamela Harer Fellow in Egyptology and an Associate Professor of History at California State University, San Bernardino. She received her PhD in Egyptology from the University of Pennsylvania in 2012. From 2012 to 2015, she was a Cotsen Postdoctoral Fellow in the Society of Fellows at Princeton University. Her research for the last decade has focused on interactions between Nubians and Egyptians and on interactions between Nubians with the Egyptian government. Kate also directs an archaeological project in Egypt at Wadi el-Hudi. This is a series of sites in the Eastern Desert where the Egyptian government sent large expeditions to procure amethyst during the Middle Kingdom (c. 2000-1750 BCE) and the Roman Period (1st – 4th cent. CE). Her team is examining the organization of large-scale mining operations, as well as the role of individuals and the role of foreigners in those expeditions.

A map of the campus is available online at http://www.berkeley.edu/map/

For more information about Egyptology events, go to http://www.facebook.com/NorthernCaliforniaARCE or https://www.arce-nc.org.