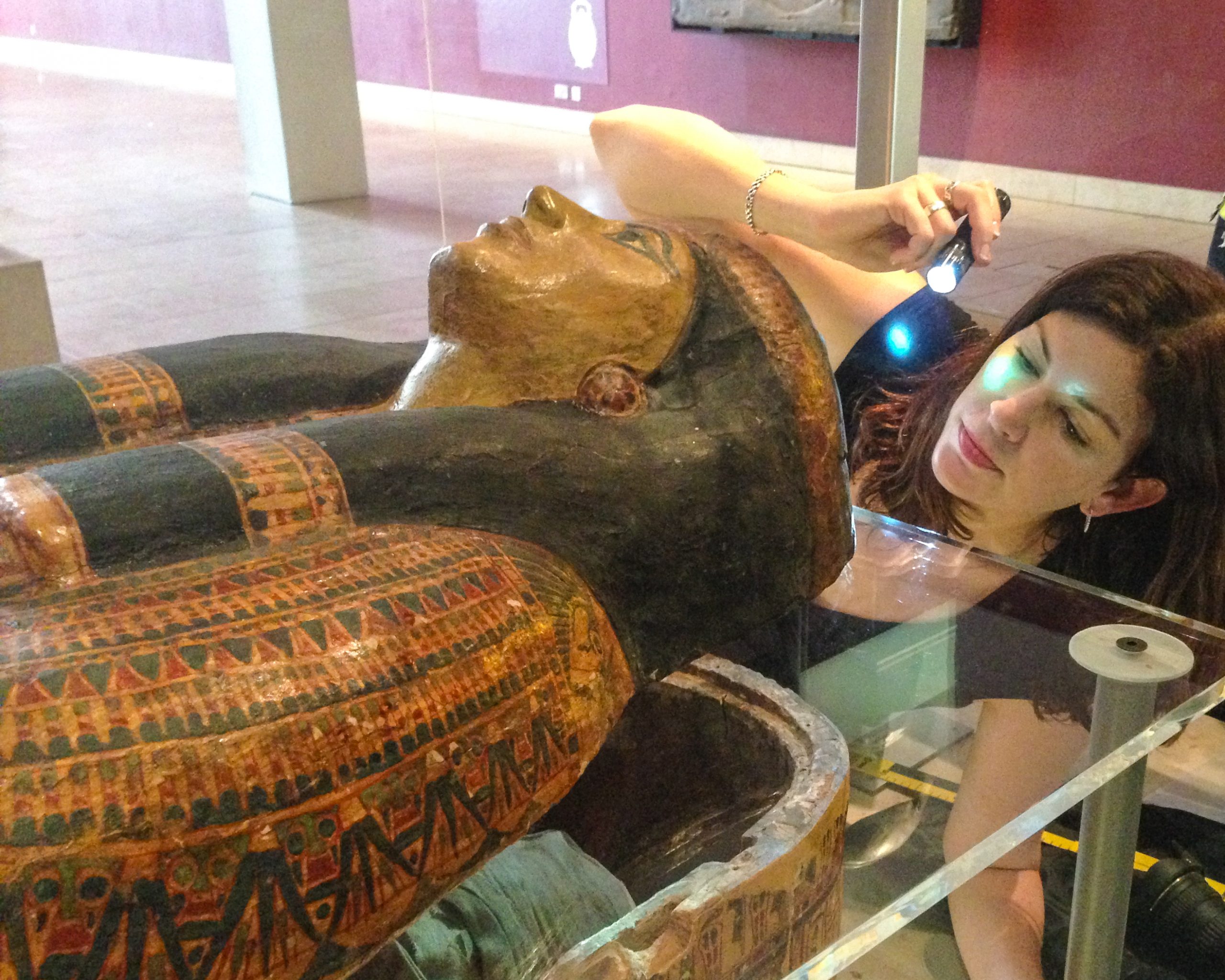 Please note, this lecture has been CANCELED.

Abstract:
Twenty-first Dynasty coffins are important social documents, but they are difficult to document, photograph, and analyze. For the past seven years, I have been systematically examining human reactions to social crises, specifically focusing on material adaptations evident within an ideological context, but also documenting the 21st Dynasty coffin corpus. This research is the first systematic study of funerary arts reuse and theft within the field of Egyptology, but the work also allows the first thorough photographic documentation of these coffins. I am working through a massive and scattered dataset—more than 800 21st Dynasty coffins spread about dozens of institutions around the world. Thanks to a grant from the ARCE Antiquities Endowment Fund, I documented and analyzed the 21st Dynasty coffins found in the Deir el Bahari 320 royal cache on display in the Egyptian Museum in Cairo in December of 2016. Although the coffins from the royal cache were recorded by Daressy in the Catalogue Géneral, none have benefitted from a comprehensive photographic analysis. In this lecture I will discuss the documentation and analysis of these anthropoid coffins, which are very complicated three-dimensional objects, making them particularly difficult to document, photograph, and analyze.

Bio:
Dr. Kathlyn (Kara) Cooney is a professor of Egyptian Art and Architecture at UCLA. Specializing in craft production, coffin studies, and economies in the ancient world, Cooney received her PhD in Egyptology from Johns Hopkins University. In 2005, she was co-curator of Tutankhamun and the Golden Age of the Pharaohs at the Los Angeles County Museum of Art. Cooney produced a comparative archaeology television series, entitled Out of Egypt, which aired in 2009 on the Discovery Channel and is available online via Netflix and Amazon.
The Woman Who Would Be King: Hatshepsut’s Rise to Power in Ancient Egypt, Cooney’s first trade book, was released in 2014 and benefits from her expert perspective on Egypt’s ancient history to craft an illuminating biography of its least well-known female king. As an archaeologist who spent years at various excavations in Egypt, Cooney draws from the latest field research to fill in the gaps in the historical record of Hatshepsut. Her most recent book, When Women Ruled the World, was published in 2018 by National Geographic Press and explores the reigns of six powerful ancient Egyptian queens and how they changed our perceptions of power.
Dr. Cooney’s current research in coffin reuse, primarily focusing on the 19th and 21st Dynasties, is ongoing. Her research investigates the socioeconomic and political turmoil that have plagued the period, ultimately affecting funerary and burial practices in ancient Egypt. This project has taken her around the world over the span of five to six years to study and document nearly 300 coffins in collections, including those in Cairo, London, Paris, Berlin, and Vatican City.