The settling of Vinland (Newfoundland and Labrador) by the Viking Age Norse marked their furthest westward expansion c. A.D. 1000.  Although the Norse appear to have lived at L’Anse aux Meadows in northern Newfoundland for only about 20 years, it was a tremendous achievement.  Their journey to Vinland, part of a migratory process, was preceded by first colonising Iceland c. AD 850 and then Greenland c. AD 985.  Sailing further westward only a few years later to settle at L’Anse aux Meadows was quite remarkable.

But when the Norse arrived they met resident people who had settled the region much earlier.  The lifeway of those Aboriginal people with unknown names, was equally remarkable.  Generically the Norse called them “Skraelings,” an uncomplimentary term for a variety of peoples whose ancestors travelled to North America thousands of years earlier from north–east Asia.

Archaeology research on all these various “Viking Age” peoples is reviewed here.  It includes recent archaeology done by the author in Iceland and in Newfoundland and Labrador on sites that precede and follow the brief Norse settlement at L’Anse aux Meadows.  Also discussed here is the remarkable re-discovery of Vinland, particularly L’Anse aux Meadows c. 960 years after the Norse left.  The Norwegians Helge and Anne Stine Ingstad led the archaeology done there in the 1960s.  They recovered a small but very important suite of Viking Age artifacts.  Their research, and the subsequent work of an international team of archaeologists, was the basis for L’Anse aux Meadows’ designation as a UNESCO World Heritage Site.  A review of the Viking Age objects and many others from this fascinating archaeological record will be presented. 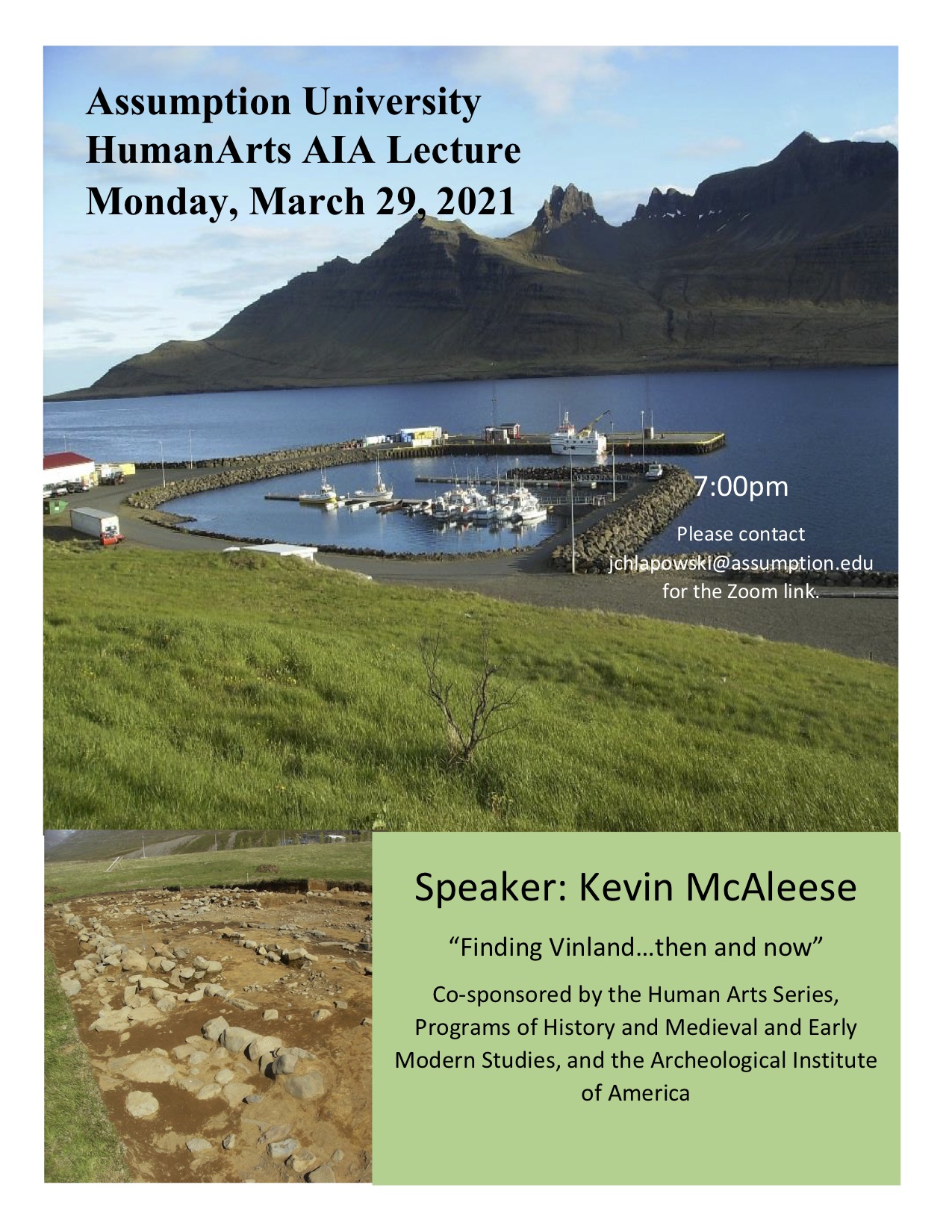 Co-sponsored by the Human Arts Series and the History Program

The link will become available in March, please contact jchlapowski@assumption.edu.