Sponsored by: University of Pennsylvania 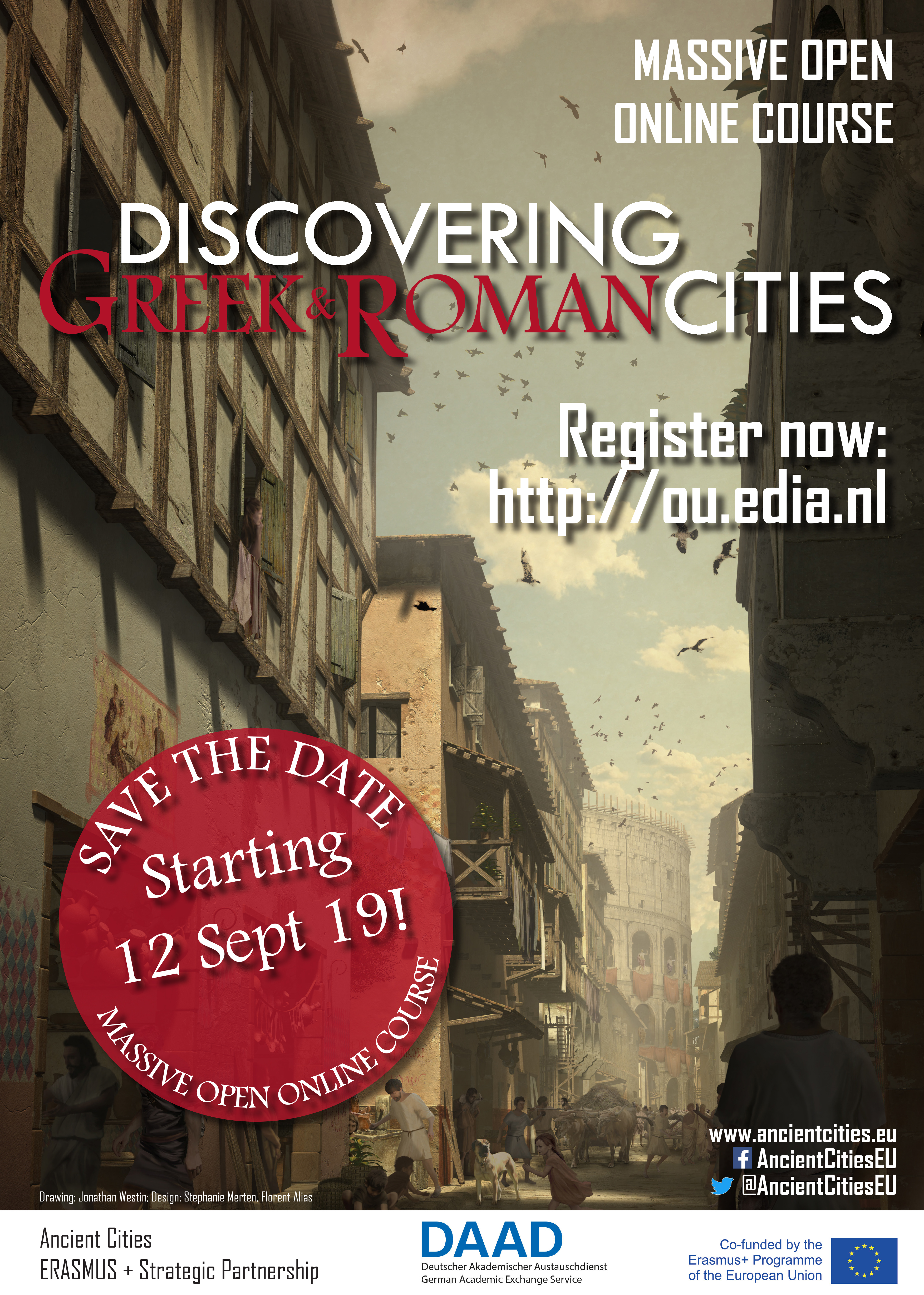 In this Massive Open Online Course (MOOC), an international team of experts from six different universities explore the many facets of Greek and Roman cities. They discuss mega cities like Rome, centers of international commerce like the Greek city of Delos and Palmyra in the Syrian Desert, regional centers of production like Pompeii, and frontier towns like Dura Europos on the Euphrates. The world of ancient Greece and Rome was a world of cities. City-states dominated Greece in the first millennium BCE, and in the Roman Empire, urban societies thrived from Britain and Spain in the West to Syria and Jordan in the East. Most of the major developments in the political, social, intellectual, and religious history of this period started in cities. Accordingly, cities are the ideal point of departure for the study of life in antiquity. The legacy of ancient Greek and Roman cities are still keenly felt, in how we physically organize, build and live in our cities today, as well as in how we think about and define cities. The course will explore the connections between ancient cities and their impact on urban life in later periods across the globe.

The MOOC is aimed at people interested in archaeology and cultural heritage. There are no prerequisites for participation in it , such as possession of a qualification or earlier studies in the field. It can be accessed online free of charge. Over a period of eight weeks, experts from five different European universities as well as from the University of Pennsylvania will impart basic knowledge about ancient cities and methods of urban archaeology. In this way, participants will learn about the complexity of ancient cultural heritage. The course will be available in German, English and French from 12 September 2019.

Registration is open at https://ou.edia.nl/courses/course-v1:AncientCities_project+DGRC+DGRC_2019/about
A teaser is available at https://www.youtube.com/watch?v=bGgRPbCL31c
For further information, see the MOOC’s webpage at https://www.ancientcities.eu/mooc

This EU-funded Massive Open Online Course has been created by the Universities of Kiel, Aarhus, Bergen, Paris and Athens and is offered in three languages (English, French and German). It is not based on one of the big commercial MOOC platforms such as Coursera, Udacity or FutureLearn but was created with the open format OpenEdX. All the material (videos, texts, etc.) are published under Creative Commons licenses and will be available freely afterwards.