VIRTUAL - My 40 Year Search for the Battle of Actium


Sponsored by: Sponsored by the Archaeological Institute of America, Nashville Society, Centennial Park Conservancy, and Metro Nashville Parks and Recreation. 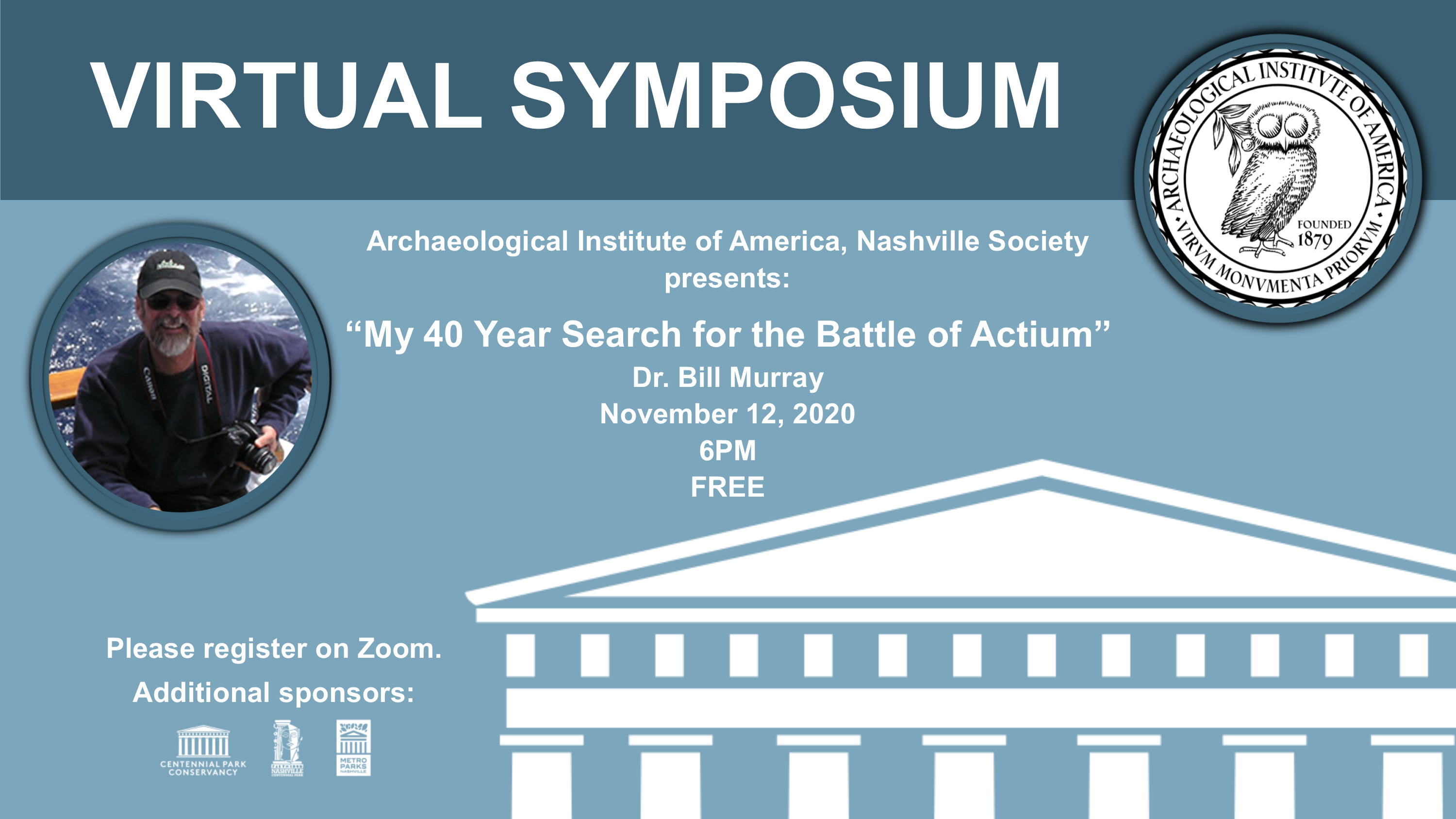 In 31 BC, Octavian defeated Antony and Cleopatra in a naval battle off Cape Actium in Western Greece. A few years later, the victor constructed on the site of his personal camp a grand Victory Monument to commemorate the event. I first visited this site in 1978, and since then, have been trying to explain what I found there: the ruins of a massive rostral display whose complex details preserve evidence for the sizes of Antony’s and Cleopatra’s largest warships. After a brief attempt to find battle debris in the sea off Cape Actium, I was asked by Dr. Konstantinos Zachos to join his team in analyzing the results of his systematic excavations of the site. His work, conducted over a quarter century, has added much to our knowledge of this important monument—its original design, its elaborately decorated altar, its dedication text, and its period of use. At the same time, emerging 3D technologies have allowed me to comprehend the rostral display more fully, to visualize the monstrous sizes of the ships that fought in the final naval battle, and to restore the text of the dedication inscription. In this lecture, I will summarize the main results of our research, but do so in a personal manner, in the context of my own 40-year journey of discovery in search of the Battle of Actium.

Dr. Bill Murray is the Mary and Gus Stathis Professor of Greek History and the Director of the Ancient Studies Center at the University of South Florida, and recent publications include The Age of Titans (2012, Oxford University Press). Professor Murray is a 2020/2021 AIA Joukowsky Lecturer.

Octavian’s Campsite Memorial for the Actian War [under the authority of P.M. Petsas], Vol. 79, part 4 of Transactions of the American Philosophical Society (Philadelphia, 1989).
“Augustus’s Victory Monument, 3D Modeling, and New Directions for Warship Research,” in Speira (a Festschrift in honor of A. Douzougli and K. Zachos), E. Mermēgka, ed., Greek Ministry of Culture and Athletics (Athens, 2017), 469-78.

“Reconsidering the Battle of Actium—Again,” in Oikistes: Studies in Constitutions, Colonies, and Military Power in the Ancient World, Offered in Honor of A. J. Graham, E. Robinson and V. Gorman, eds. (Leiden: Brill, 2002), 339-60.

“The Spoils of Actium,” Archaeology 41.5 (1988) 28-35. Reprinted in The Archaeology of War, (Hatherleigh Press: New York, 2005).
https://www.independent.co.uk/news/science/archaeology/roman-empire-cleopatra-octavian-ceasar-egypt-battle-sea-nicopolis-history-archaeology-a8843886.html