VIRTUAL - Pilfering the Past: A Look Behind the Scenes of a Lawsuit to Recover Stolen Antiquities 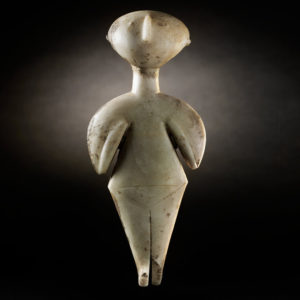 In 2017, the Republic of Turkey filed a lawsuit in federal court against auction house Christie’s and billionaire philanthropist Michael Steinhardt for the return of an allegedly looted female figurine dating to the Chalcolithic era. The female idol is distinctive of works produced in the ceramic workshops of Kiliya in Western Anatolia between 3000 and 2200 B.C. The suit alleges that the 9” statuette, now known as the “Female Idol of Kiliya,” was illegally excavated in the early 1960s, unlawfully smuggled out of the country, and eventually found its way into the hands of billionaire hedge fund analyst Michael Steinhardt.

The Republic of Turkey claims it was alerted to the whereabouts of the figurine in early 2017 after Steinhardt hired Christie’s auction house to sell it, and a picture of it was included in Christie’s public announcement of the auction. Turkey demanded that Christie’s and Steinhardt return the artifact, but they refused. After this lawsuit was filed, the successful bidder (whose identity has not been disclosed) withdrew its bid of approximately $14 million, and the trial judge ordered the defendants to suspend their efforts to sell the piece and to keep it in a secure vault pending the outcome of the trial.

The case is currently set to go to trial in April 2021. In this presentation, Attorney (and AIA member) Larry Tucker will provide a brief overview of the laws that govern the repatriation of antiquities to the original source countries, and will examine the arguments raised by the parties in this particular lawsuit, which is of great general interest to the archaeological community.