Sponsored by: Denver Society and the Denver Public Library 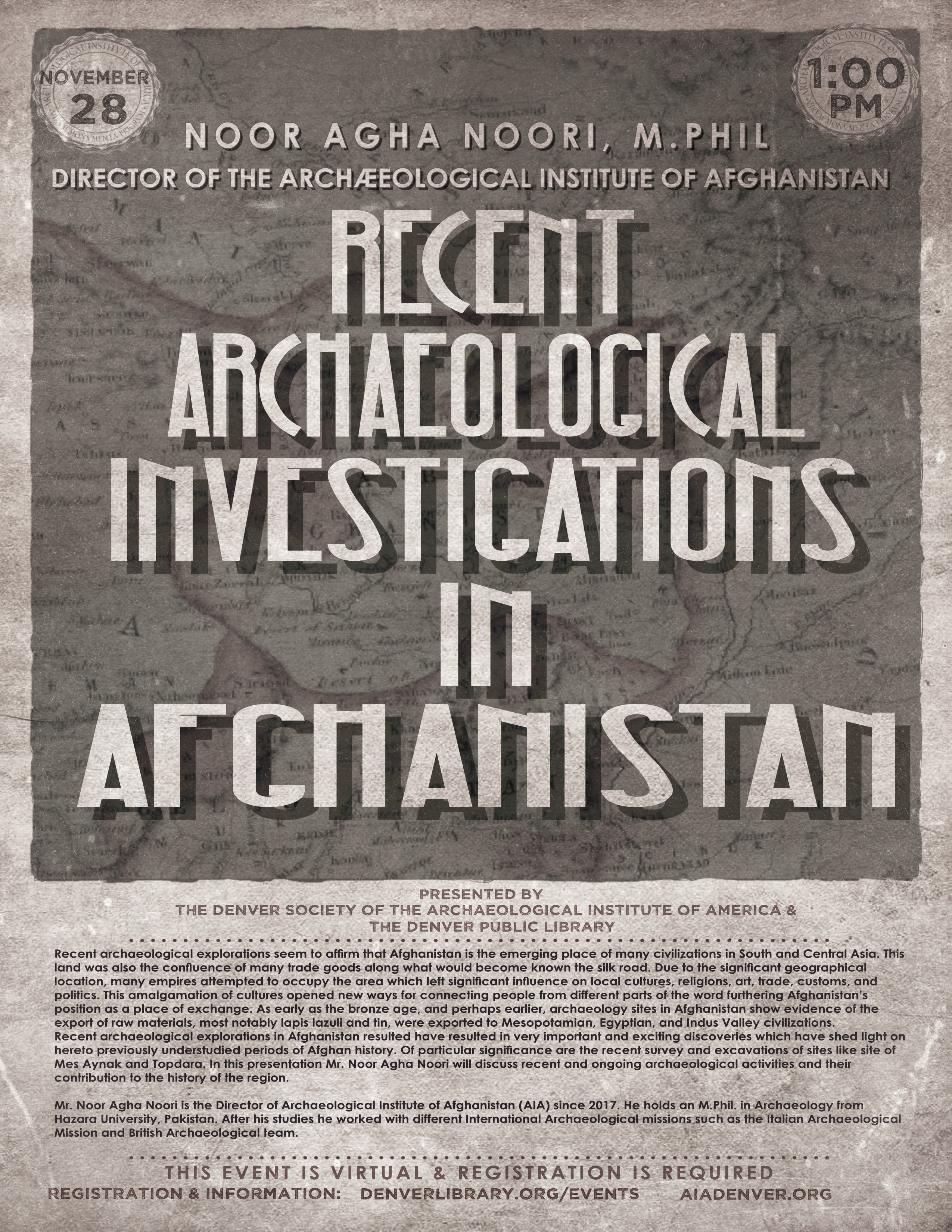 Recent archaeological explorations seem to affirm that Afghanistan is the emerging place of many civilizations in South and Central Asia. This land was also the confluence of many trade goods along what would become known as the silk road. Due to the significant geographical location, many empires attempted to occupy the area which left significant influence on local cultures, religions, art, trade, customs, and politics. This amalgamation of cultures opened new ways for connecting people from different parts of the word furthering Afghanistan’s position as a place of exchange. As early as the bronze age, and perhaps earlier, archaeology sites in Afghanistan show evidence of the export of raw materials, most notably lapis lazuli and tin, were exported to Mesopotamian, Egyptian, and Indus Valley civilizations.

Recent archaeological explorations in Afghanistan resulted have resulted in very important and exciting discoveries which have shed light on hereto previously understudied periods of Afghan history. Of particular significance are the recent survey and excavations of sites like site of Mes Aynak and Topdara. In this presentation Mr. Noor Agha Noori will discuss recent and ongoing archaeological activities and their contribution to the history of the region.

Currently, Mr. Noori is the Director of the Archaeology Committee of Afghanistan which is the only committee working on the policy level for archaeological matters in the country. He is a board member for both the India-Afghanistan Foundation (IAF) and the Kabul Historic Garden Trust (KHGT). The latter is responsible for the management and preservation of Historic Gardens in Kabul.

Mr. Noori has represented Afghanistan in various academic national and international conferences and workshops. He has written and published various articles about Afghanistan’s cultural heritage.