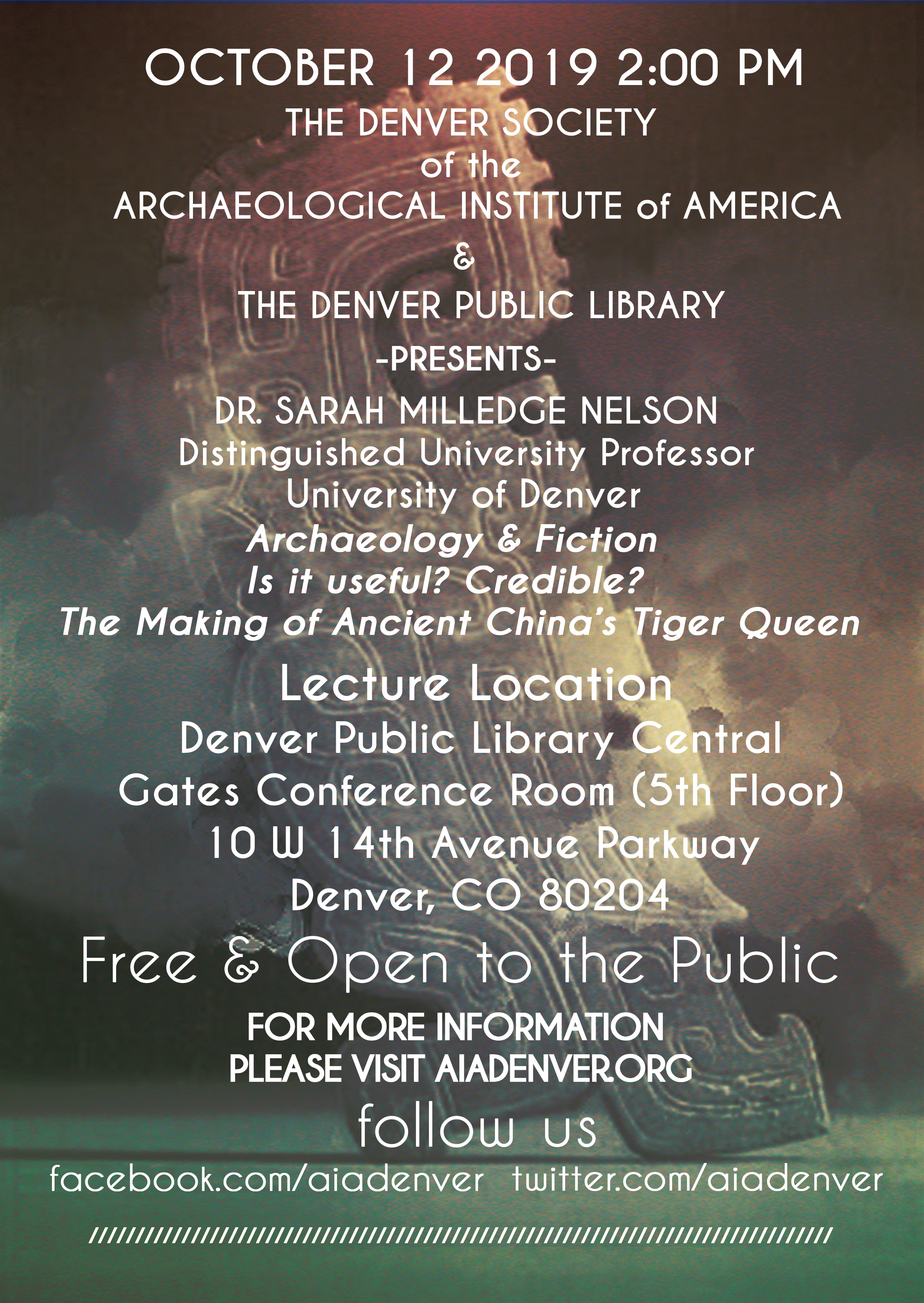 Title: Archaeology and Fiction ó Is It Useful? Credible? The Making of Ancient Chinaís Tiger Queen.

Abstract: This talk is based on the artifacts from the unlooted tomb of Lady Hao, a historical person in the Shang dynasty around 2500 BCE. She is also mentioned in the oracle bones that
represent the earliest readable Chinese writing. As a war keader. shaman, landowner, mother of three, and presumably the bringer of horses and chariots to Shang, she is a character whose life is worth celebrating, as well as worth being brought to the public as a fictionalized story.

Bio: My field is archaeology. For more than two decades I have done research in Korea and for 10 years in China. I am interested in the explanation of culture change from the appearance of pottery to the formation of the state, especially the problems of the origins of agriculture (in my area this is more millets than rice) and the distribution of the knowledge of bronze technology I also research gender issues. also research gender issued (e.g. when, how, and why did division of labor by gender become status differentiation?). To explore gender I have researched the paleolithic figurines in Europe, the queens of the Silla kingdom of early Korea, and the “goddess temple” in northeastern China. Other regions where I have done archaeological research include south-eastern Utah and the Colorado high plains. In these areas I have examined diverse problems, such as the sedentism/mobility indicated by archaeological sites, and the distribution of site types on the landscapes. Along these lines, I have create or adapted several computer spatial programs for use in
both regional and site research. Foreign interests: Korea China Japan Cross-departmental interests: gender issues, archaeo-astronomy Northeast Asia.