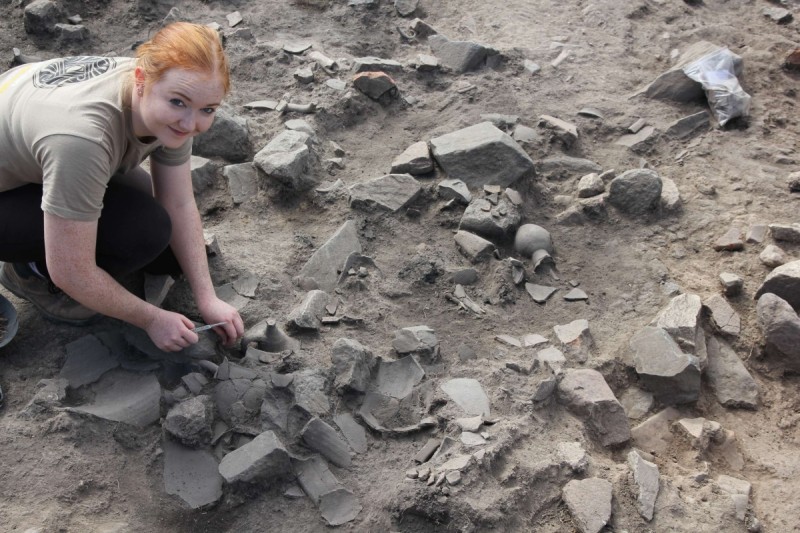 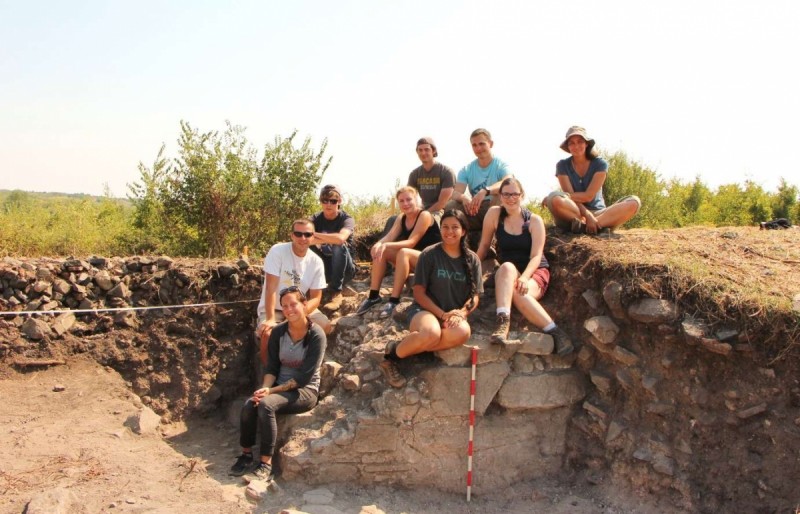 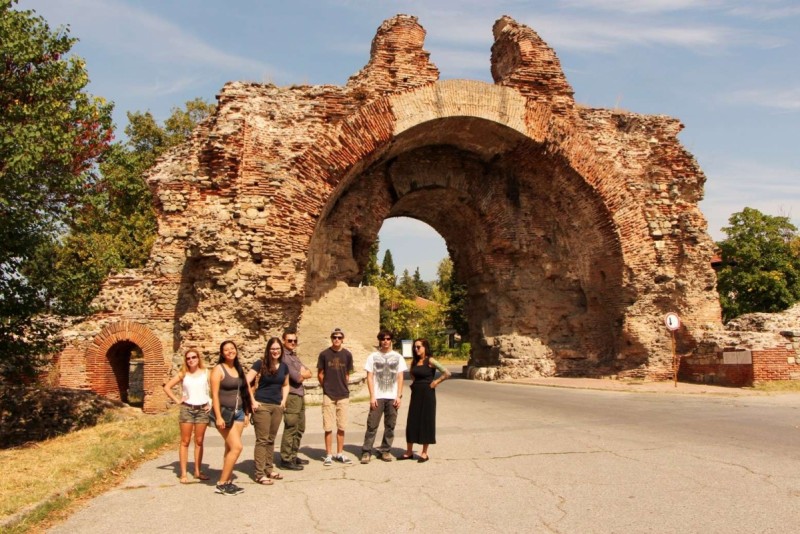 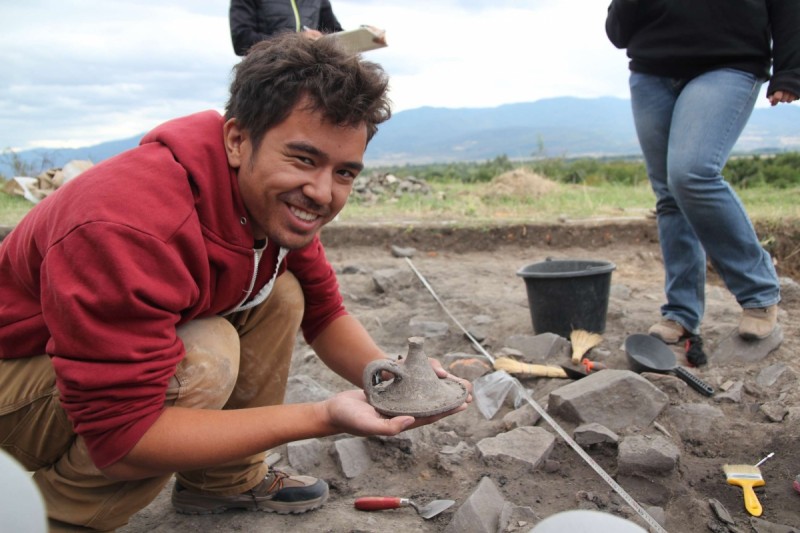 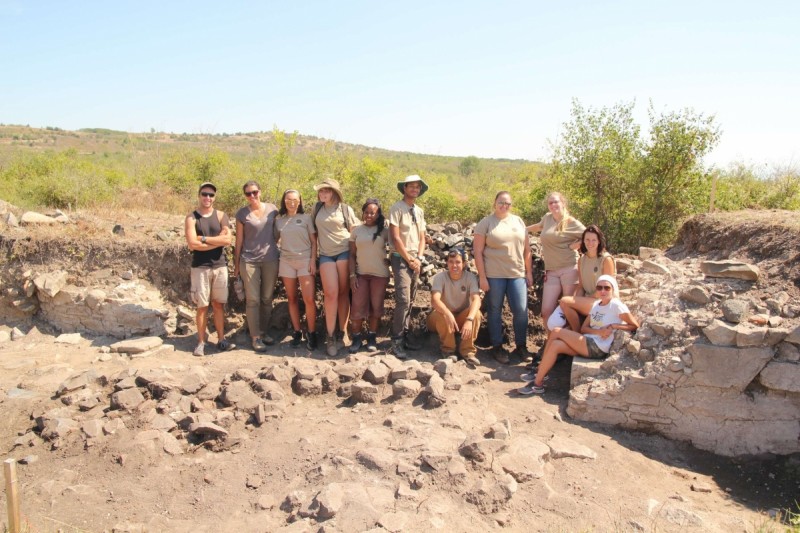 Via Diagonalis (Via Militaris) became the most important road through the Balkan Peninsula in Roman times when it connected the city of Singidunum (today’s Belgrade, Serbia) on the Danube River with Byzantium (Istanbul) – the city which would later become the capital of the Eastern Roman Empire. The road is ca. 1000 km (600 miles) long and passes through large important Roman cities like Naissus, Serdica, Philippopolis and Hadrianopolis. It is the fundamental connection between the western part of the Empire and the East. It was also the official route for armies moving throughout the provinces.

Mansio Lissae, later renamed Bona Mansio (Lat. Good Station) is one of the few archaeologically identified Roman road stations on the route of Via Diagonalis. The initial name of the site derives from the putative nearby Thracian settlement of Lissa. The road station was a fortified structure, one of many, intended to safeguard the main road. It is situated in the Thracian Valley, between the Roman cities of Serdica (modern Sofia) and Philippopolis (modern Plovdiv). The station is in the form of an irregular tetragon, surrounded by thick walls with corner towers. The ruins of the fortification are still visible high above ground.

The very first investigations of the site were limited sounding trenches dug in 2002 within a Bulgarian-French archaeological campaign that sought to research the ancient legacy of the region. The trenches have revealed a thick cultural layer of over 3 meters in depth. The ruins of fortification walls as high as 4 meters were also unearthed. The archaeologists discovered Roman pottery and coins from the 3rd and 4th CE. Nevertheless, the chronology and characteristics of the structure still remain unclear.

Although no modern construction threatens the Roman cultural legacy, the site is considered endangered. Since Roman archaeological valuables attract the interest of many people, during the last decades, the site has turned into a training ground for treasure hunters. The hazard of further destruction, as well as scientific interest in the site, have set this project into motion. With the first archaeological campaigns in 2016 – 2019, BHF aimed also to draw the attention of the local community and the interest of the surrounding municipalities to put this endangered site on their priority list for the protection of cultural heritage. Currently, BHF is still the main sponsor of the excavations and the entire income from the field school participation fees for the 2022 season will be spent on financing the archaeological campaign!

The practical goal of the excavation in 2022 is to continue uncovering the fortification wall and to create a long-term strategy for the preservation of the architectural elements of the settlement. The scientific aspect of the project aims to gather information about the character and the chronological development of the site and thus to contribute to the study of the Roman road system in Thrace. In accordance with these objectives the starting campaign of the project is set with the following tasks:

Experience Required: Participation in the project is not recommended for individuals with solar allergies or other special illnesses that might be exacerbated during intensive outdoor activities. A valid COVID-19 certificate is required.

Room and Board Arrangements:
Accommodation*: Villa Velis - in comfortable rooms with two to three beds (bathrooms with shower and WC), equipped with a/c and TV in a local newly built hotel. The hotel has a small swimming pool and spa, free of charge for the participants in the field school. There are cheap laundry services and free Wi-Fi is provided. Extra night - 30 EUR (per night per person), Single room - 200 EUR (for two-week period). Subject to change. May be substituted with similar level accommodation. Meals: Three meals (fresh, organic Bulgarian homemade food) per day are covered by the reimbursement payment. They usually take place (except the lunch packages during the excursions) in the hotel’s restaurant. Requests for vegetarian food are accepted. Brown-bag lunches are provided during the excursions and days off. Participants must pay on their own for extra days and for single room accommodation as well as for extra meals, beverages, services and products!