Excavations at Early Bronze Age Keros in the Cyclades

This listing expired on October 13, 2018. Please contact kerosfieldschool@gmail.com for any updated information. 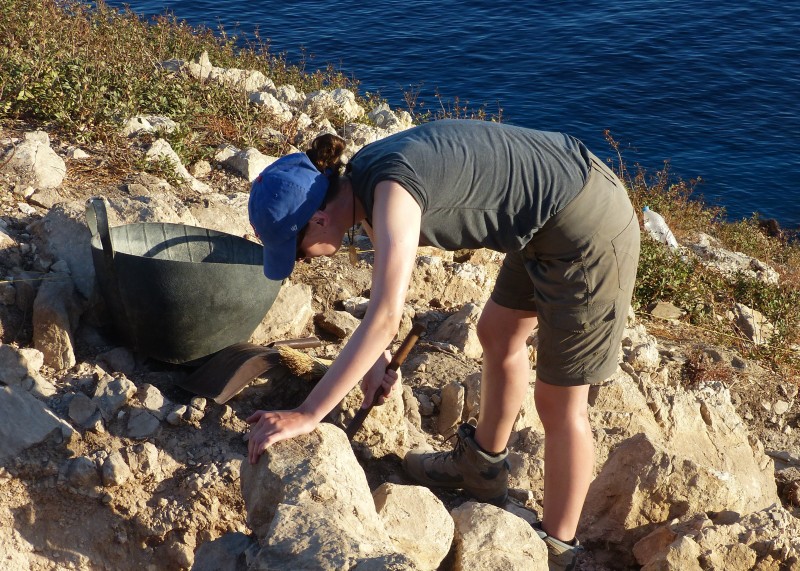 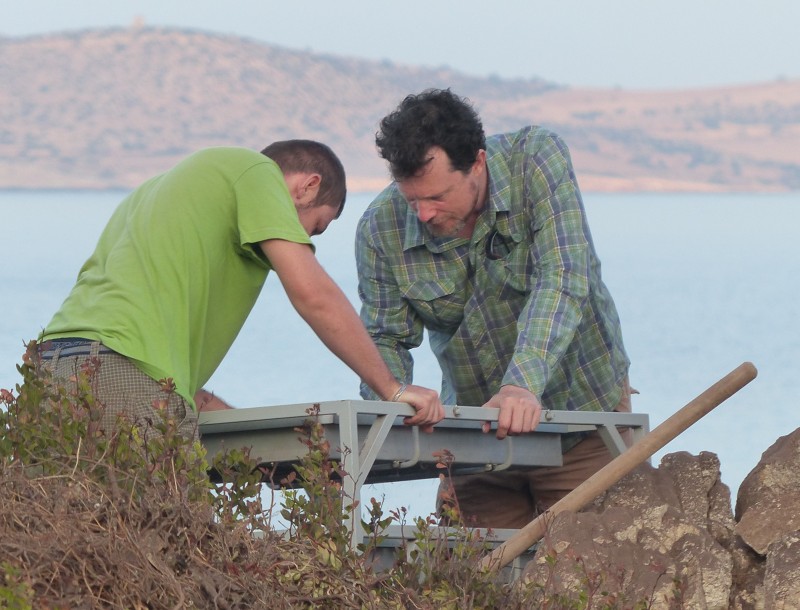 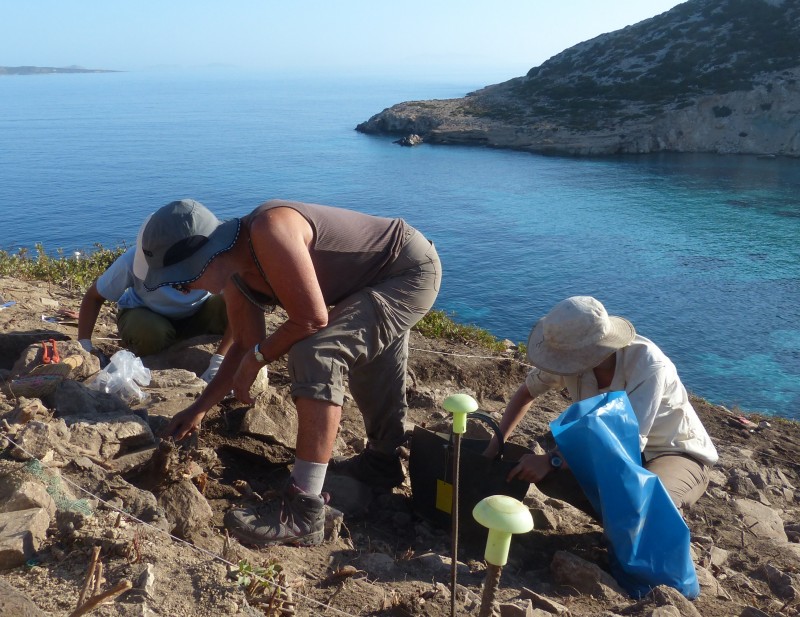 Affiliation:
The University of Cambridge, The Cyprus Institute, British School at Athens

Excavation of the largest settlement and earliest sanctuary of the early bronze age in the Cyclades, Greece

Background:  Until recently, the island of Keros was the centre of a Bronze Age mystery. Looting in the 1950s and excavations in the 1960s revealed a strange site where broken Early Cycladic marble figurines and other prestige items had been found. Only in very recent years have we begun to understand the nature of this completely unique site.  People travelled to Keros in the mid-third millennium BC to bring offerings of broken choice materials for ritual deposition in what is now understood to be the world’s earliest maritime sanctuary. The site consists of two areas where these deposits were made, and a large and important settlement, perhaps the largest of the Cyclades at that time.

In 2006-2008, excavations defined the nature of the sanctuary and began excavation of the settlement, where large and imposing buildings were found at the summit. In 2012-2013 the Keros Island Survey was carried out in order to understand the occupation of the rest of the island of Keros. In 2015 a new, four-year programme of work was initiated with survey on the nearby island of Naxos, in order to understand the nature of the wider maritime networks within which Keros was situated.

In 2016 and 2017, excavations revealed extensive monumental walling, an entrance stairway into the site, and two metallurgical workshops. In 2018, our last year of excavation, our work will continue using the latest excavation techniques including dGPS, digital recording on iPads using iDig, and digital photogrammetry. We aim to understand how all the different parts of the island were utilised in the early bronze age and develop our understanding of the overall structure, function and date of the site.

In addition to on-site training, the field school will organise a series of seminars where visiting experts will talk about their work, giving students unique insights into current research and archaeological practice. The field school will be led by Dr Claire Halley, who will lead the afternoon seminar series. Students will gain unique insight into the Aegean bronze age, and the special place of Keros in the Aegean early bronze age

Notes:
Join us for the final season of excavations at this unique and intriguing early bronze age site. Previous work at Keros and the neighbouring small islet of Dhaskalio has revealed a mysterious site where broken Early Cycladic marble figurines and other prestige items were taken in the mid-third millennium BC for ritual deposition in what we now understand to be the world’s earliest maritime sanctuary. There is still much we do not know about the site. In 2016 and 2017, excavations revealed extensive monumental walling, an entrance stairway into the site, and two metallurgical workshops. In 2018, our work will continue using the latest excavation techniques including dGPS, digital recording on iPads using iDig, and digital photogrammetry. We aim to understand how all the different parts of the island were utilised in the early bronze age and develop our understanding of the overall structure, function and date of the site.

Minimum Length of Stay for Volunteers: Preference will be given to applicants who can stay for the entire 6 week period though we will consider applicants for a shorter stay

Experience Required: The field school is suitable for both beginner and advanced students as well as those interested in early Bronze Age and Aegean archaeology.

Room and Board Arrangements:
All participants will be staying at the Sorokos hotel on Kouphonisi. This is a comfortable, family-run establishment with ensuite bathrooms, most rooms also having air conditioning. Rooms will be either doubles or triples. All meals on work days are provided by the project.  The evening meal is taken at one of the local tavernas. Cost: 4,000 Euros In addition, if participants opt for academic credit, 5 ECTS for participants attending three weeks will cost 250 Euro or 10 ECTS for participants attending 6 weeks will cost 500 Euro

Academic Credit:
There is the option to take the Field School for credit, at additional cost. Credit (ECTS - European Credit Transfer and Accumulation System) will be offered by the Cyprus Institute on the basis of attendance and a relevant assignment in the form of an 'excavation journal', a written record of participants’ work and skills acquisition, which will be submitted a few days before the completion of the field school and be will reviewed and graded together with a short evaluative report (c. 1,000 words) outlining the pros and cons of a selected archaeological method or technique. Two options will be offered: 5 ECTS for participants attending three weeks at a cost of 250 Euro and 10 ECTS for participants attending 6 weeks at a cost of 500 Euro. credits offered by The Cyprus Institute. Tuition is .