This listing expired on December 27, 2021. Please contact jcamp@agathe.gr for any updated information. 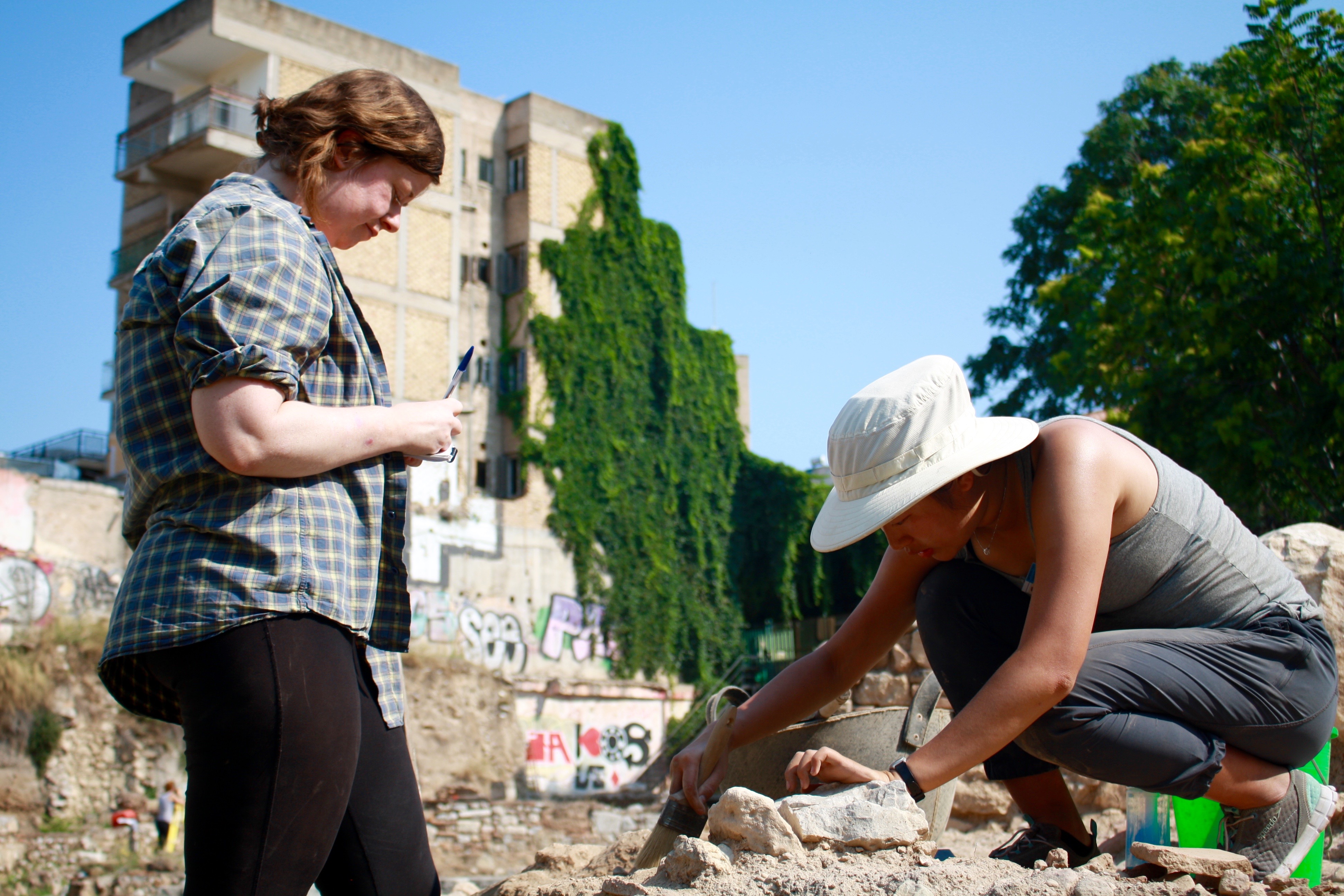 Session Dates: The excavations are planned for eight weeks beginning early June and continuing until early August. Final dates are subject to change - accepted participants will be notified of final program dates.

The American School of Classical Studies at Athens conducts a program for volunteers wishing to participate in the archaeological excavations of the Athenian Agora during the summer. Approximately thirty-five volunteers are chosen on the basis of academic qualifications and previous archaeological field experience. Undergraduate applications are welcome, although priority is given to graduate students preparing for professional careers in classical archaeology and those willing to work the entire season.

The Volunteer Staff will participate in all aspects of the archaeological fieldwork under the supervision of a staff of field archaeologists and technical experts, all of whom have extensive field experience and advanced academic training in classical archaeology. Volunteers will be trained in the basic techniques of excavation: working with pick, trowel, shovel, and wheelbarrow; cleaning and investigating stratigraphy; delicate cleaning of artifacts in the ground; sifting of excavated earth and techniques of flotation; washing and basic conservation of pottery and other objects; clerical work involved in the keeping of excavation records. Tasks will be assigned in rotation, and volunteers are expected to participate in all of them. Room and a modest allowance for board are provided for the time volunteers are working at the excavations. Travel arrangements to and from Greece are the responsibility of each volunteer.

The excavations are planned for eight weeks beginning early June and continuing until early August. Fieldwork is in progress five days a week, Monday through Friday, from 7 a.m. to 3 p.m. with a 30-minute break at midmorning. Volunteers are expected to be on the site during these hours and to work at the excavations for a minimum of six weeks. As noted above, preference is given to those applicants who can work the full eight weeks.

Period(s) of Occupation: Located in the heart of modern Athens and attracting more than half a million international visitors annually, the Agora was in ancient times the business, political, and legal center of Athens, bringing together citizens and foreigners, litigants and jurors, and merchants and philosophers. The School has been excavating at the Agora since 1931, and has brought to light a rich and splendid history of continuous habitation that extends over more than 5,000 years. The major public buildings of ancient Athens are now displayed in a thoughtfully landscaped archaeological park with all of the excavated artifacts and excavation records housed in the restored Stoa of Attalos. These finds have significantly expanded our knowledge of ancient Athenian life and culture, notably the origins and practice of democracy.

Room and Board Arrangements:
Members of the Volunteer Staff will be provided with living accommodations in Athens at no cost during the time they are working for the excavations. Small groups of volunteers will share rented apartments in the Pangrati district of Athens, a short distance from the American School, approximately a 30-minute walk from the excavations. No provisions can be made for spouses or roommates unless they are also accepted as volunteers in their own right. In addition, a modest expense allowance, consisting of the Euro equivalent of approximately $120 per week, will be paid to each volunteer in order to cover the cost of meals. Those persons who are already resident in their own accommodations in Athens are welcome to apply for the program and will receive the same expense allowance as other volunteers, although no rebate for their housing is possible. Applicants chosen to participate in the program will be expected to make their own travel arrangements between the USA and Greece. 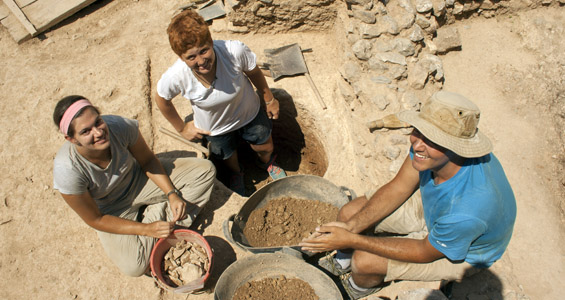