This listing expired on June 3, 2018. Please contact dhs2136@columbia.edu for any updated information. 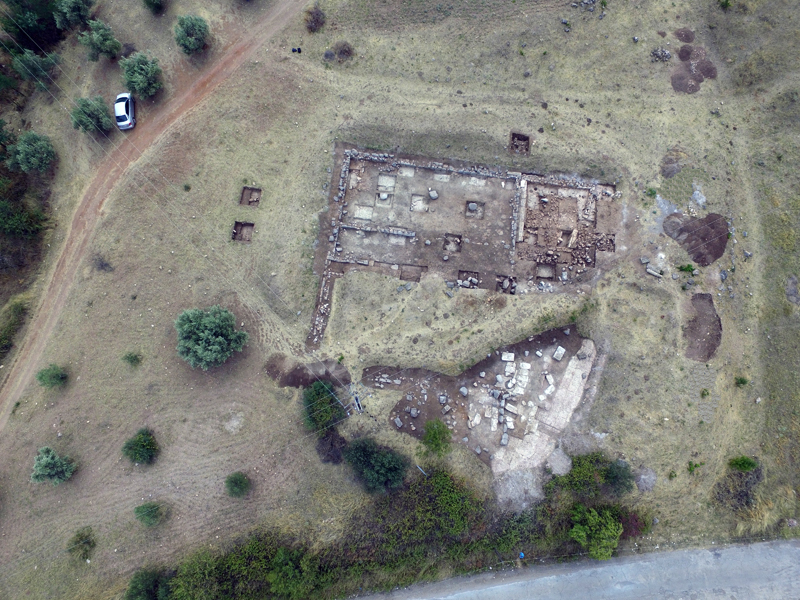 Affiliation:
Department of Art History and Archaeology, Columbia University, under the auspices of the Athens Archaeological Society and in collaboration with the Department of Antiquities of Boeotia.

The 2018 season marks the first study season after four consecutive years of the Onchestos Excavation Project’s activity at the Sanctuary of Poseidon Onchestios in Boeotia. Since the project’s inception in 2014, graduate and undergraduate student participation has been indispensable in the team’s efforts to recover the sanctuary’s intriguing remains and explicate its longstanding history and traditions. Students from diverse backgrounds and specialties in archaeology, classical studies, history, art history, anthropology, and other fields have engaged in the site’s excavation, documentation and drawing of its finds and stratigraphy, and photographing and cataloging its unearthed objects. Additionally, participants have interfaced with leading archaeological technologies such as laser scanning and drone imaging, as well as with major geophysical surveys of the sanctuary performed in 2014, which continue to aid the team in prioritizing specific areas of the sanctuary for excavation.

Building upon sporadic archaeological excavations from the 1960s-1970s, the Onchestos Excavation Project investigates the Archaic to Hellenistic sanctuary of Poseidon (6th century – 2nd century BCE, possibly later) in the region of Boeotia in central Greece. Professor Ioannis Mylonopoulos of Columbia University’s Department of Art History and Archaeology serves as director. The project is affiliated with Columbia University under the auspices of the Athens Archaeological Society and in collaboration with The Department of Antiquities of Boeotia.

The sanctuary of Poseidon lies approximately 4 kilometers east of the town of Haliartos and 13 kilometers west of Thebes. It is situated between Mount Helikon to its southwest and the so-called Sphinx Mountain to its northeast, occupying a low ridge that separates the Copais Basin from the Teneric Plain. Its remains straddle the National Highway from Athens to Lebadeia between the 91st and 92nd km marks. With the highway cutting through the sanctuary, the excavations are divided into two areas designated as Site A and Site B.

Brief but systematic excavations of Site A in the 1970s revealed a 6th century BCE stoa structure interpreted as a meeting hall (bouleuterion) and a smaller structure of similar date taken to be the Temple of Poseidon. Since 2014, the Onchestos Excavation Project has focused on the meeting hall and a 4th century BCE annex to its west. The latter presumably served as a storage area for votive offerings to the sanctuary based on the numerous portable metal finds – most notably a ritually bent sword inscribed with an abbreviation of the word hieron. In the 2016 season, the team cleared vegetation and debris around the so-called Temple of Poseidon in preparation for laser scanning and in so doing identified the northern part of the temple’s platform (stereobate). In the same season, the team revealed and documented a destruction layer of roof tiles within the 4th century annex. What remains below this destruction layer has yet to be uncovered but may be promising given the rich finds from the annex in earlier seasons.

At Site B, short rescue excavations in 1973 and 1991 indicated the existence of major stoa-like structure with a series of chambers. The architectural fragments unearthed, including guttered paving stones and column drums, date to the 4th century BCE. Notable finds from the rescue excavations included two small bronze voting tokens bearing images of Boeotian shields, evidently used by representatives of the Boeotian League who met at the sanctuary at Onchestos. Since 2014, the Onchestos Excavation Project has endeavored to clarify the stratigraphy and arrangement of the architectural fragments from the earlier excavations, as well as to explore formerly unknown structures indicated in the geophysical survey. These structures include five small rooms lying adjacent to each other along a south-north axis, and south of these a larger rectangular building with walls of substantial thickness (nearly 4 meters). Excavations have revealed a circular structure of unknown use. In 2015, 2016, and 2017, the team excavated abundant architectural terracottas, many of which have well-preserved painted ornamentation.

The Onchestos Excavation Project aims to continue to recover and preserve the intriguing archaeological remains at the Sanctuary of Poseidon Onchestios. The investigation of the sanctuary’s architectural, votive, epigraphic, numismatic, metal, and terracotta finds will further elucidate the site’s traditions and history, especially as it relates to the Boeotian League’s activities.

Positions are limited. Early applications are encouraged. Preference is given to applicants majoring in ancient history, anthropology, archaeology, art history, classics, classical archaeology, or related fields, and especially to those applicants with interests in fieldwork in Greece. Previous excavation experience is desirable but not required.

The daily study of excavation finds will take place at the Onchestos Excavation Study and Storage Facilities.

Period(s) of Occupation: 6th century BCE - 2nd century CE. It is possible that Site A was used in Late Antiquity as well, but it no longer functioned as a sanctuary.

Minimum Length of Stay for Volunteers: Four weeks (minimum) to six weeks (maximum). Depending on the length of the stay fees will be adjusted accordingly. The institutional fee ($350) will remain the same.

Room and Board Arrangements:
Participants reside in the city of Thebes (Thiva), approximately 13 kilometers east of the excavation site. Students are lodged at the Hotel Dionysion, steps away from the central square with numerous grocery stores, coffee shops, bakeries, pharmacies, and restaurants. The project director assigns students to rooms, which accommodate two students per room. Rooms are furnished with two twin beds, tables, desk, closet, refrigerator, and bathroom. The hotel staff provides cleaning services (fees apply) and supplies linens, towels, and toilet paper at no extra fee. Wifi is available throughout the hotel at no extra fee. The project participation fee covers accommodation in double rooms, transportation to and from the sites, instruction, breakfast, and institutional fees. Travel costs to Greece and Thebes and daily board (lunch, dinner, and personal costs) are not covered by this fee! Each morning hotel staff will arrange a breakfast buffet before participants will depart together to the Onchestos Excavation Study and Storage Facilities. Cost: $1,550. Payment of the fee is required by April 30 to secure a position in the program. Checks should be made payable to "Columbia University in the City of New York" and sent to the: Department of Art History and Archaeology, Columbia University 826 Schermerhorn Hall (MC 5517), 1190 Amsterdam Ave., New York, NY 10027. Indicate in the memo: Onchestos Excavation Project. Application process: Please contact the assistant of the project director as soon as possible: David Schneller at dhs2136@columbia.edu. You should send an application, which should consist of: a brief statement of your academic status (department, major) and interest in joining the Onchestos Excavation Project; an academic CV; a list of relevant courses, museum, lab or fieldwork in archaeology, art history, classics, anthropology, or ancient history; brief letters of recommendation by two professors and/or project directors who would be willing to support your application. Please indicate in your email any dietary restrictions.