This listing expired on December 31, 2018. Please contact D.Mladenovic@soton.ac.uk for any updated information. 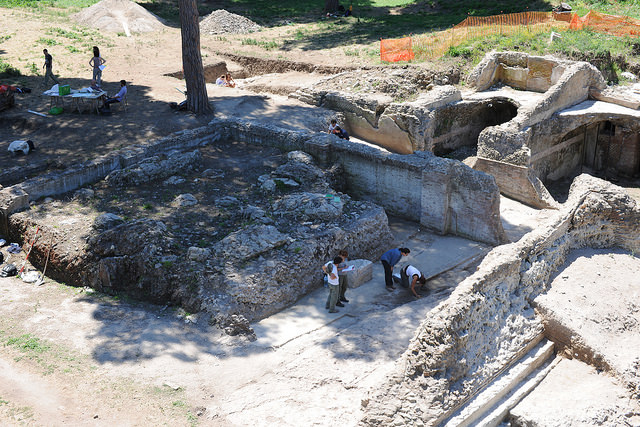 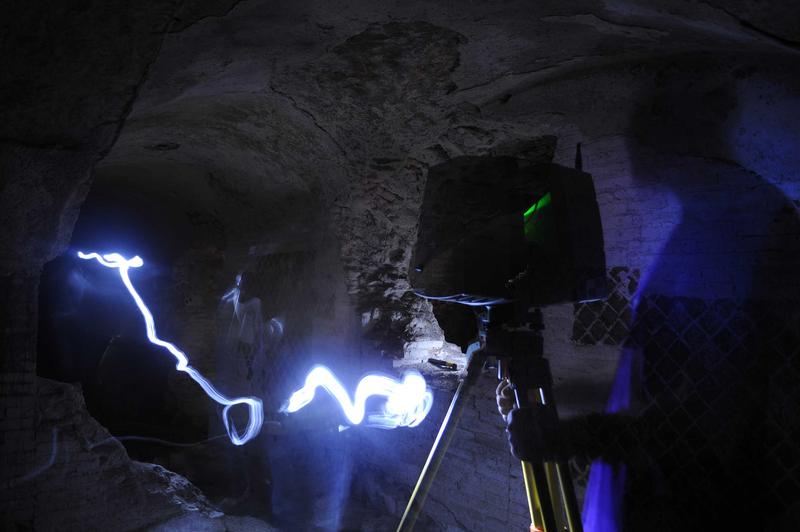 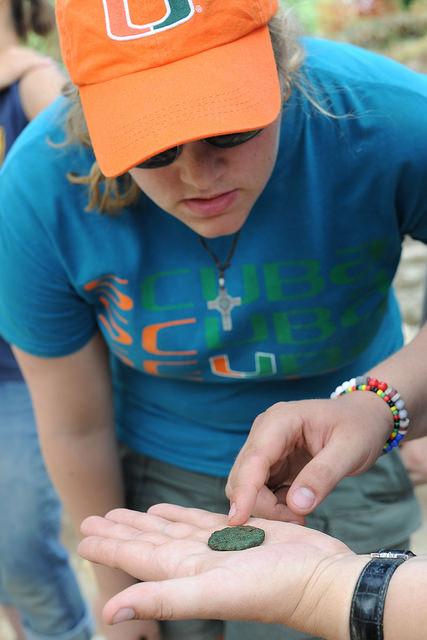 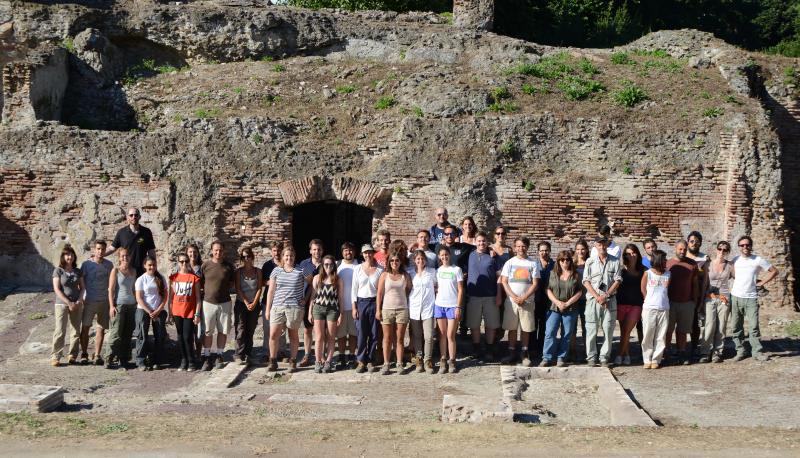 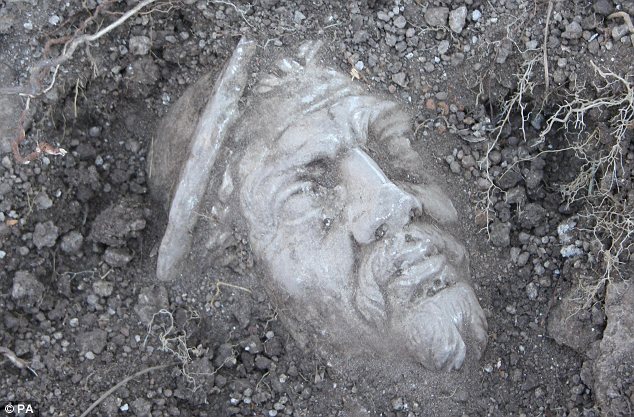 Background: The Field School is hosted by the Portus Project (www.portusproject.org), established nine years ago with an aim to study the maritime port of Imperial Rome, Portus, located at the mouth of the Tiber (Italy). Directed by Prof. Simon Keay and led by the University of Southampton, the project is run as an international collaboration with a number of partners, including the Soprintendenza Speciale per i Beni Archeologici di Roma, the British School at Rome and the University of Cambridge. Due to its academic excellence and cutting-edge innovation in fieldwork techniques, including computer modelling work, Portus is a leading Roman archaeology excavation recognized as such by the highest academic funding bodies, whose support it continues to enjoy, as well as wide media coverage, including recent BBC1 programme Rome’s Lost Empire (“The Roman Empire: what lies beneath” is the US version of the programme).

About Portus: Portus (Fiumicino) was the maritime port of ancient Rome and, together with the neighbouring river port at Ostia, was the focus of a network of ports serving Imperial Rome between the mid-first century A.D. and the sixth century A.D.  It was established by Claudius in the mid-first century A.D., enlarged by Trajan, and subsequently modified during the third and fourth centuries A.D.  The port began to enter a period of slow decline from the late fifth century A.D. onwards, although it was the scene of a major struggle between Byzantine and Ostrogothic troops during the Gothic wars (A.D. 535-553).

Project Aims & Objectives: The Portus Project is guided by two main objectives.  Firstly, it seeks to build a better understanding of Portus itself, as well as its relationship to Ostia, Rome, and the rest of the Mediterranean.  Secondly, it aims to develop techniques that will enhance the ways in which highly complex classical sites can be investigated and recorded, and evaluate the impact of those techniques. Used in combination, non-destructive survey, open area excavation, and the computer graphic representation of excavated and graphically-simulated Roman buildings are key components to achieving these objectives.

Syllabus: The Field School will offer a combination of hands-on practical training and academic content. The academic content of the programme is primarily concerned with Roman imperial history and material culture, with a particular reference to archaeology of the Tiber delta and Rome. Fieldwork training will focus is on theories, techniques and strategies of survey and excavation, archaeological stratigraphy, sampling procedures, field data collection and recording methods, documentation and report preparation. Students will also learn to map, recover, catalogue, and process archaeological artefacts.

The project also uses cutting-edge digital technologies and we can provide a training in a variety of techniques that we use in our work. Those with a specific interests in this area or archaeological computing in general  should get in touch to discuss the options as the programme could be tailored to suit their needs.

Work planned for the 2018 season includes the clearing of the northern facade of the Palazzo Imperiale and photogrametry of the Severan Warehouses.

Schedule: The Portus Field School will run for two weeks in 2018. The Field School begins on Sunday June 17th, with a welcome dinner for all participants, and the last working day is Friday June 29th. The normal working day is from 8:00AM to 6:00PM, with a coffee break and a lunch break. We will work five days a week, with Saturday and Sunday being days off. On Saturday June 23rd a field trip will be organized to Ostia and/or other relevant sites and museums in the area.

Before you arrive you will be provided with necessary background information, including a field school handbook with brief introduction to the site, outlining our aims, results and methods, providing further practical information. Furthermore, in February we will run the Portus MOOC again: Archaeology of Portus: Exploring the Lost Harbour of Ancient Rome. Taking part in the MOOC would give you a perfect introduction to the site and the work you can expect to do while there.

On your first working day you will be given a half-day introduction to the site and the field techniques you will be using. This will include a Health and Safety briefing, followed by a site tour. You will be assigned to a particular trench and site supervisor on the excavation, who will be on hand to give you constant guidance. During the following weeks you will be given field tuition as you are rotated through different tasks, allowing you the chance to try your hand at all aspects of excavation. At the end of every week all participants will be kept up-to-date with overall site progress by means of a weekly site tour. This training will be supplemented with lectures given by field school staff and visitors. These will provide participants of all levels with an understanding of the wider context in which the work at the site is situated.

Experience Required: None- all tuition will be provided

Room and Board Arrangements:
The fee includes tuition, accommodation, workdays meals and Sunday dinners, programme activities and excursions, airport transfer and daily transport to/from the site. Airfare and health/travel insurance are not included.   Accommodation: All participants will be staying in comfortable family run B&Bs in the town of Fiumicino. Expect to share the room with one or two other participants, with 2 to 4 people sharing a bathroom. B&Bs vary slightly, but most B&B’s have a fully equipped kitchen, facilities for washing clothes and internet. All of the B&Bs are in the Fiumicino itself, so within an easy reach of shops, restaurants, pharmacies, the beach and all other amenities that this town provides.   Catering: You will be taking breakfast in the B&B before being picked up to go to the site. Packed lunches are provided at the site, as well as unlimited quantities of bottled water. Tea, coffee and biscuits are served in the mid-morning break. Mondays- Fridays and on Sunday evenings the whole team meets for a dinner in a local restaurant, which consists of simple local fare. There are options available for vegetarians, and it is crucial that dietary requirements have been specified in advance within the application process. Cost:

Academic Credit:
Due to a shorter season none will be offered this year. credits offered by University of Southampton, UK. Tuition is £2,000.