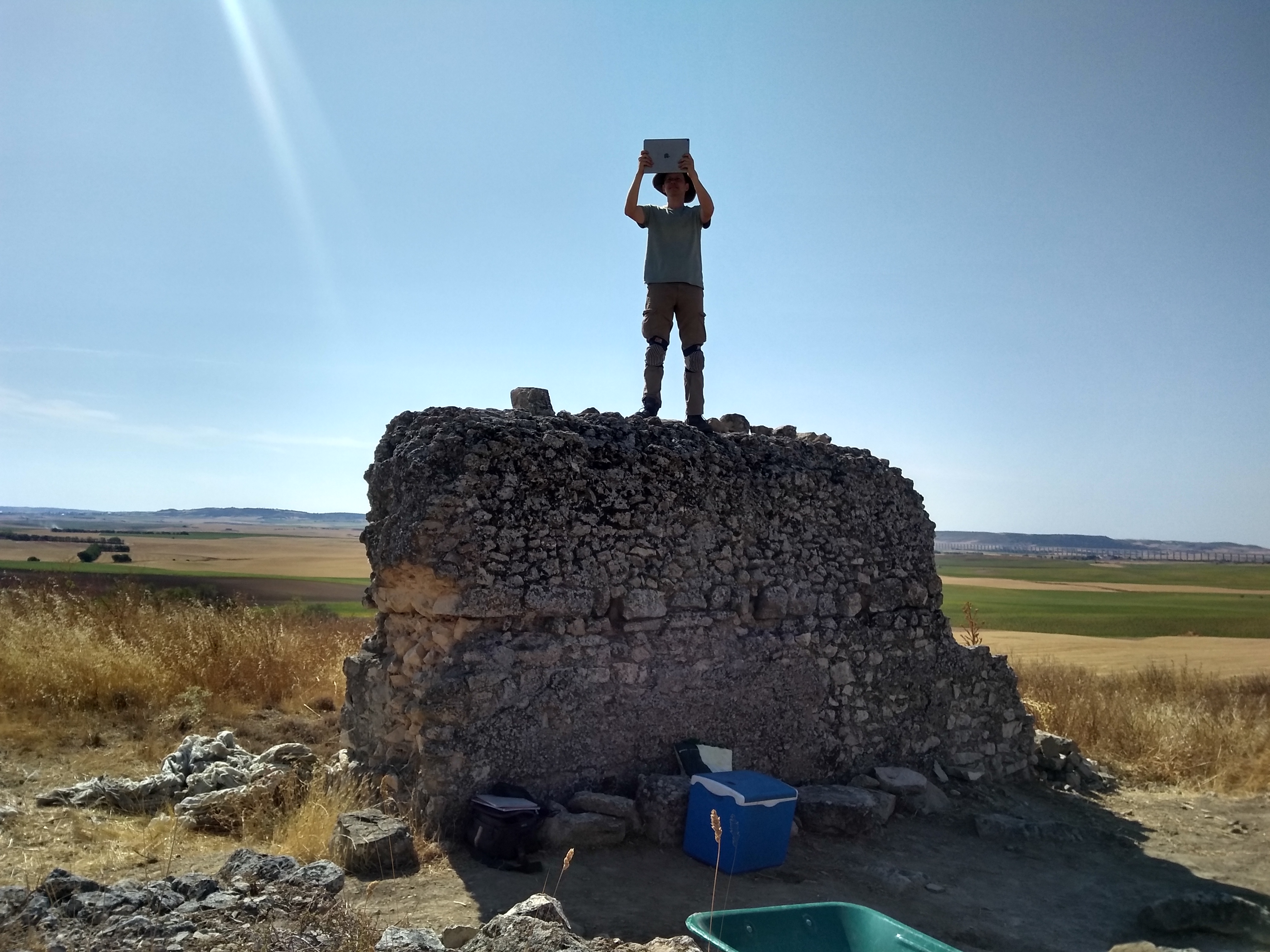 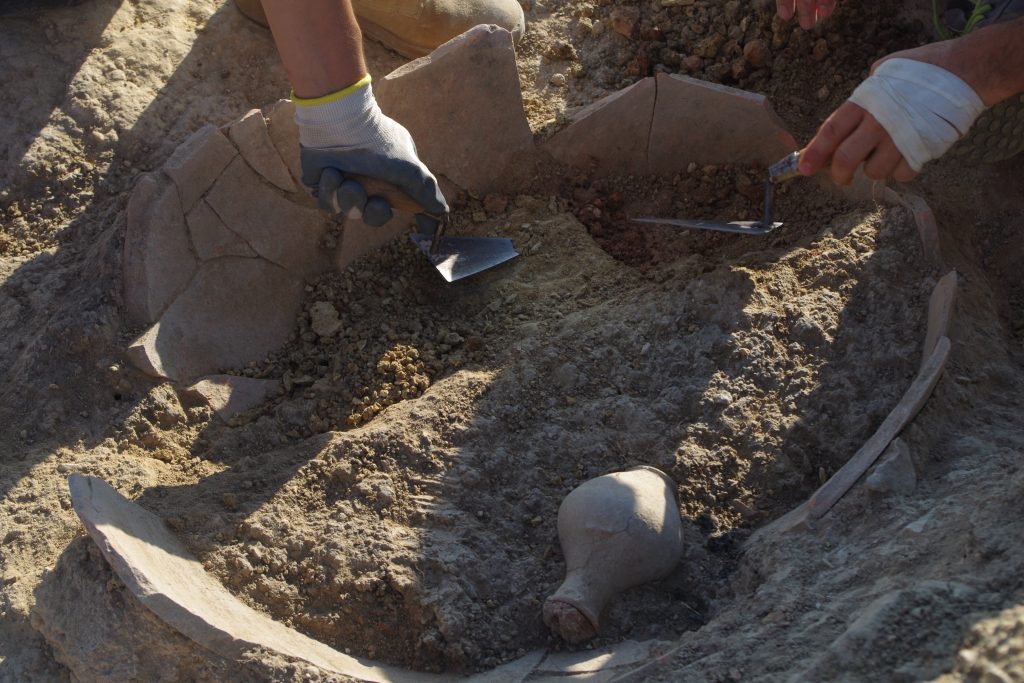 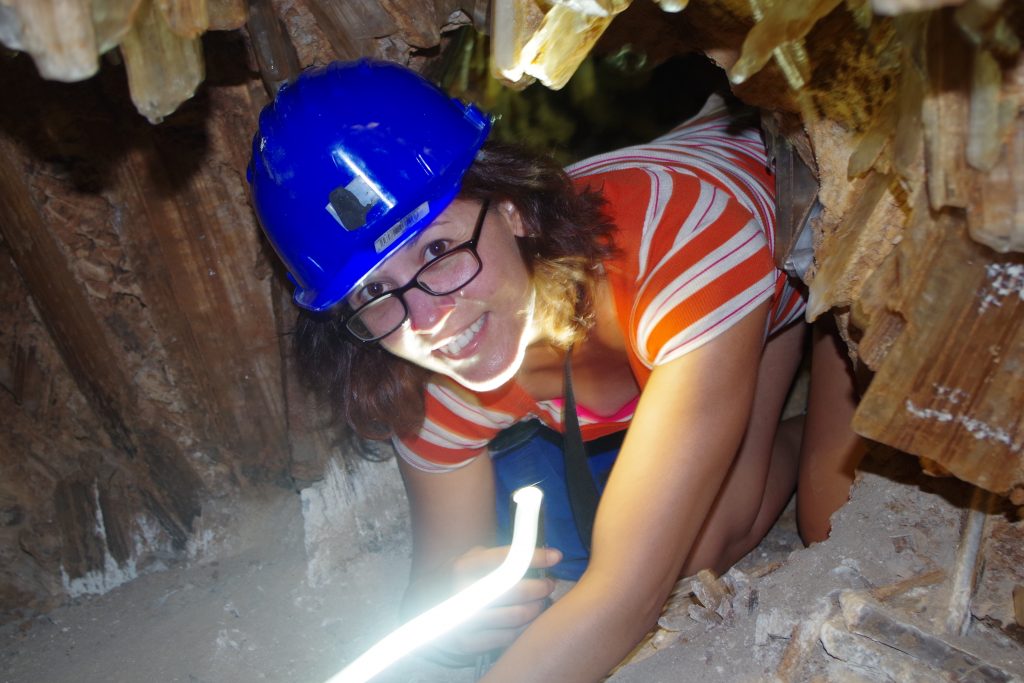 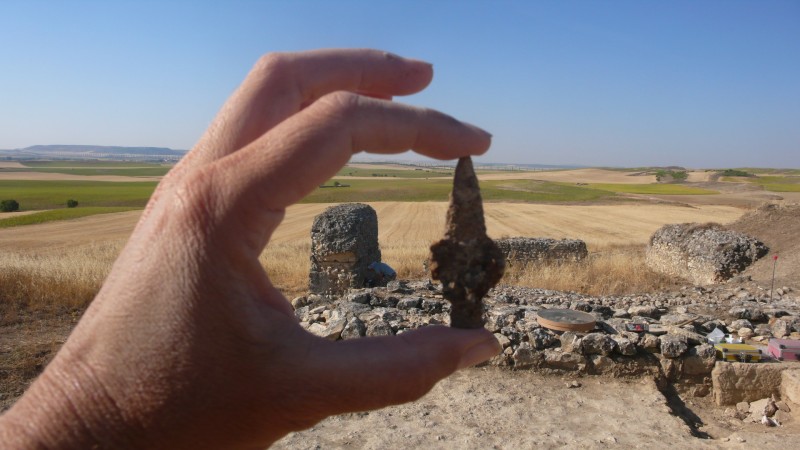 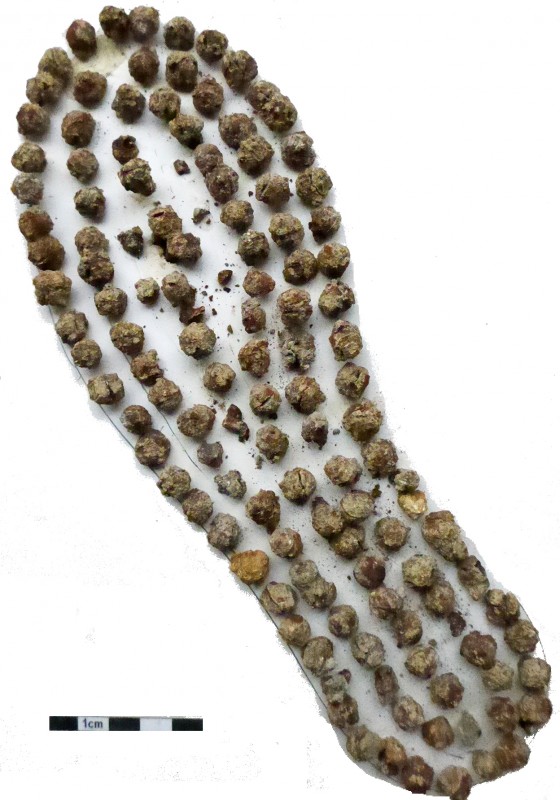 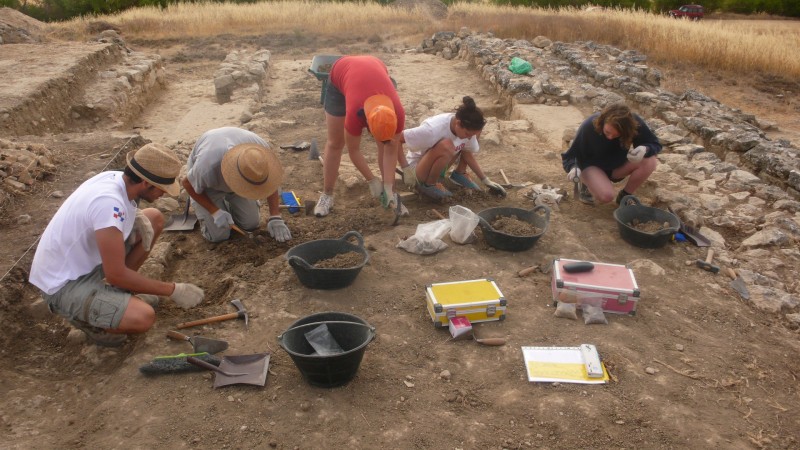 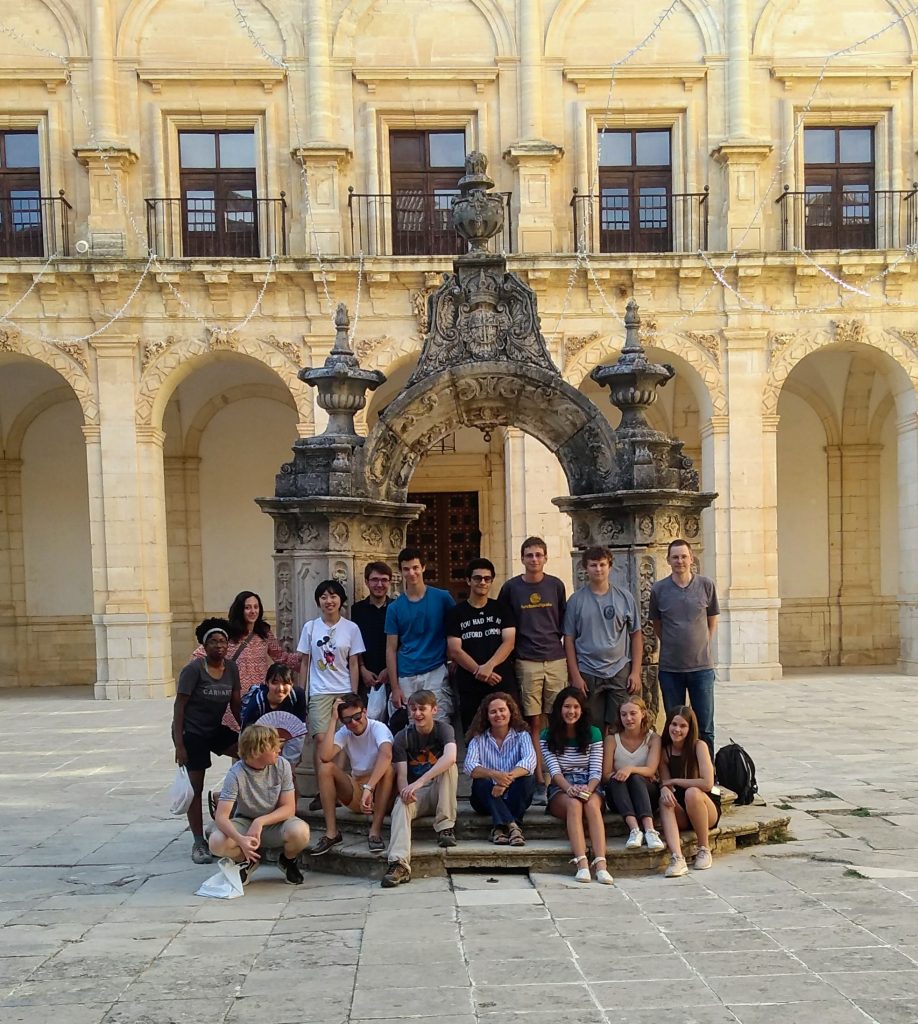 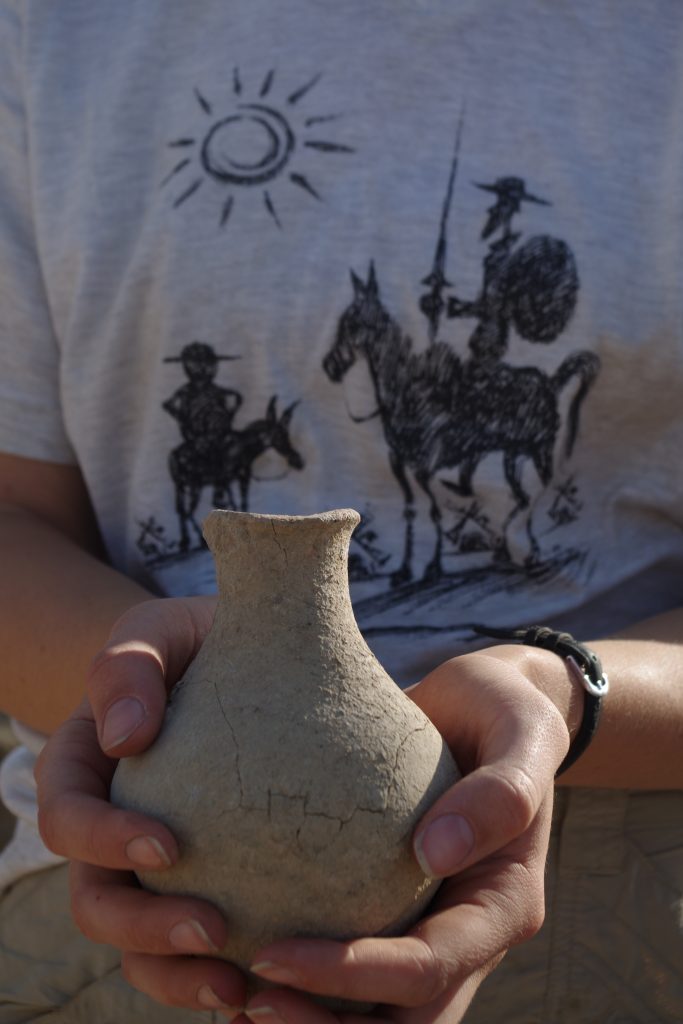 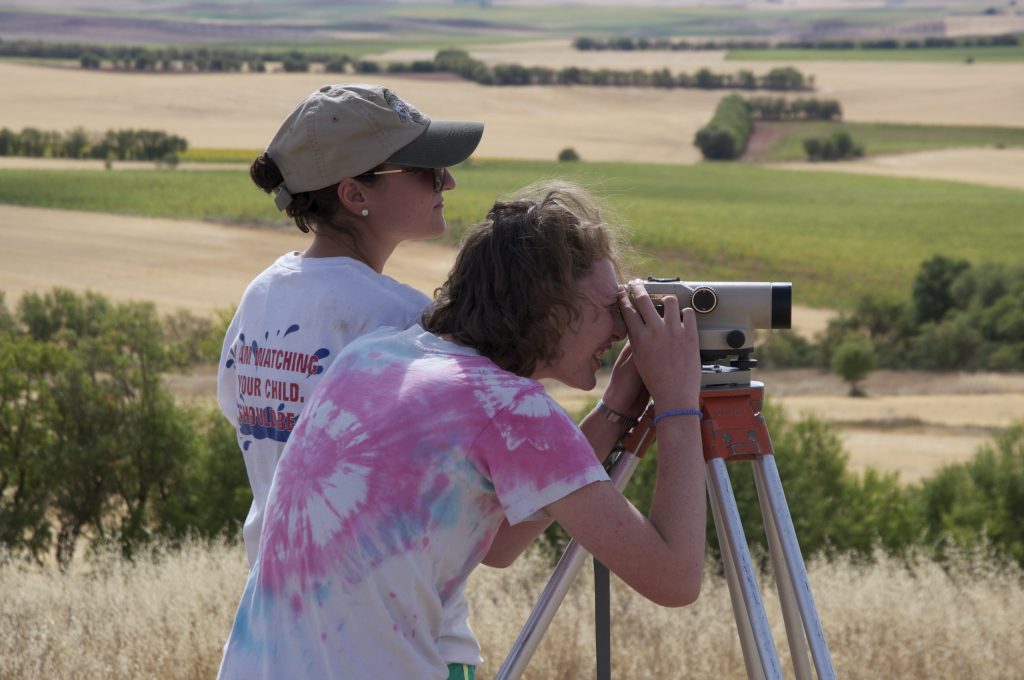 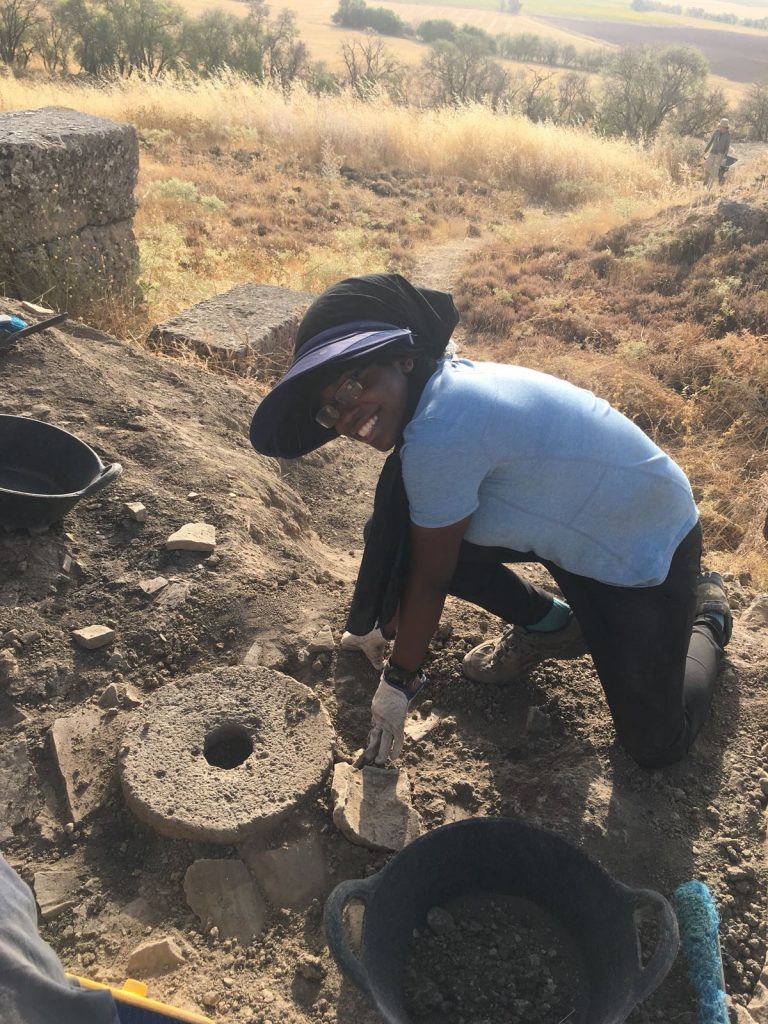 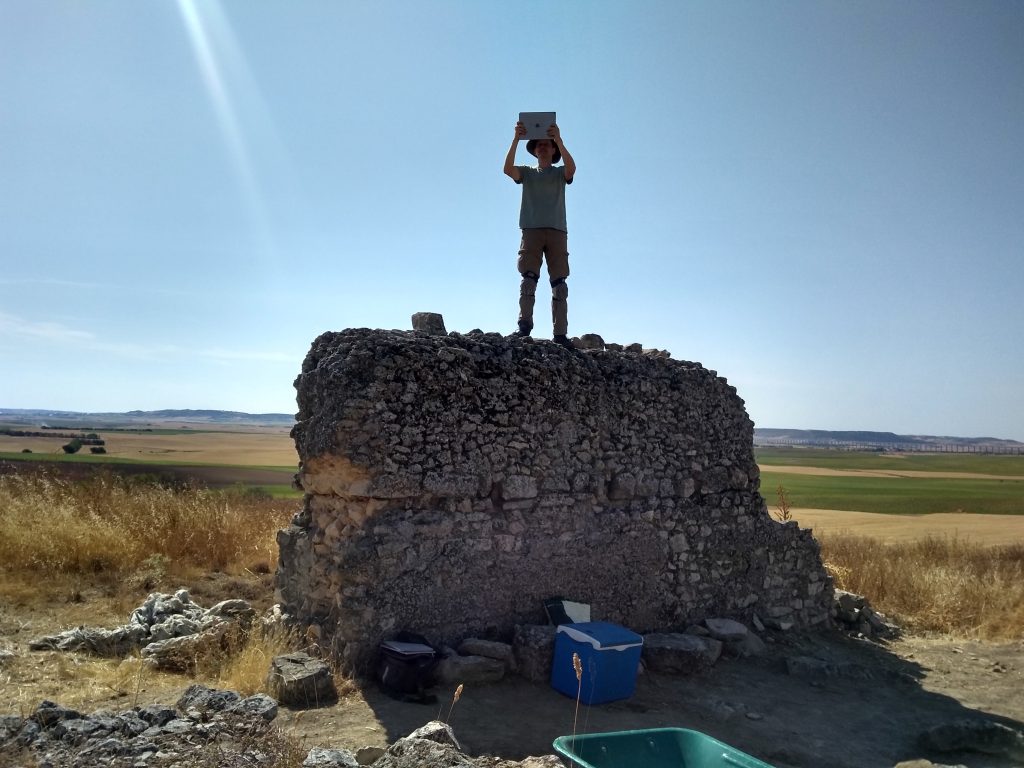 The Roman Fortress Pulpon Field School offers a hands-on experience in excavation and laboratory at aRoman archaeological site. The highlight of the site is a quadrangular building of unknown function that could have served as a military garrison, as a horreum or as a place where lapis specularis, the first crystal known to be used in windows (Plinius. Nat. Hist. XXXVI, 161) was shaped. This brought economic prosperity to the region in the time of Augustus.

The roman frotress is a colossal building of almost 7000 square meters, perfectly visible from satellite images and one of the largest preserved in Spain from Roman times. To make it simple to understand, it is roughly the size of a soccer field  and would have been bigger in its times than the forum of Segóbriga or the amphitheater of Tarraco, the capital of the main roman province of Hispania.

Roman Fortress  is  known for the excavations that took place on the 70s, led by Professor M. Sadek of the University of Guelph, Ontario, Canada. Thanks to those works the large building was discovered, although researchers could not determine when or what might it have built for. In 1973 the excavations were abandoned and 40 years later we return to the site trying, with modern techniques, to understand the reasons that led to the construction of such an exceptional structure and the historical context in which it was made.

At the Roman Fortress Pulpon you will have a complete immersion in the archaeological process. You will be aware of the laws, regulations and protocols needed before starting a dig. We will tell you about the different methods in surveying: using maps, bibliography, local history, aerial and satellite photography and field walking.
You will be learning the methods and techniques of an archaeological excavation, using tools, of course, but also working with stratigraphy, using record sheets and writing down an excavation diary. Collecting, cleaning and classifying different artifacts will be part of your daily work as well as drawing structures and archaeological materials.

The main goal for this new season is to deepen into the knowledge of the building plant and its function. The investigation is being focused on the eastern side, for it is different to the other three. Instead of a long concrete wall in between the corner towers, here we find thirteen pillars constructed with  sandstone ashlars  80cm high, 74cm wide and 1,40cm long. Each of these pillars has four blocks over the current ground level, 3 under ground level and we have located one more on the top, which representing an original height of at least 8 blocks or, what is the same, 6,5m.
Between the pillars were constructed walls for houses in IVth century AD. Walls were constructed forming rooms.  From 2104 to 2017 we have excavated nine of these rooms. Due to the amazing discoveries, like the nails of a complete caliga (military sandal) we will continue investigating this area in.
In 2017 we have also discovered the main door of the building, located on the south wall. In the next campaign we will focus our work on exposing this entry completely.
​

Notes:
The Excavation Project is licensed by the Directorate General of Culture of the Ministry of Education, Culture and Sports of the Regional Government of Castilla/La Mancha, Spain, and has the support of Cuenca province and Carrascosa del Campo Council.

Room and Board Arrangements:
We will be staying in Jardín de San Bartolomé, a beautiful traditional house located in the centre of the village, next to the church. A 5 minute walk from the hostel you will find the village swimming pool, that you can use and enjoy every day after working at the site. The house was built in 1840 on a garden belonging to the nearby church. It was named after Saint Bartolomew for at the end of the garden was a hermitage dedicated to the Saint. It remained closed for 30 years until its recent restoration. The house stands surrounding a typical Castilian courtyard, covered by a skylight. It has been carefully decorated and we will enjoy its varied common areas such as the library, the dining room, the porch or the large garden. Cost: US$ 1.830 Program Fees Include: Full room and board Fieldwork training Excursions and other activities Transportation to and from airport on first and last days of program Daily transport to the site Medical Insurance Application fee Administrative costs Certificate of 120h of practice Your fee will go toward the research project. Fees DO NOT include airfare.