This listing expired on June 30, 2018. Please contact info@apollineproject.org for any updated information. 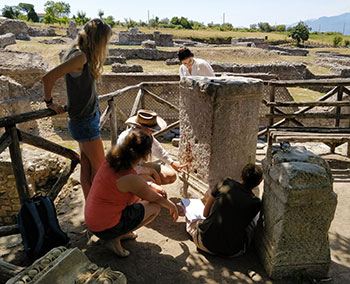 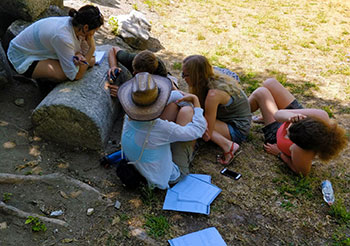 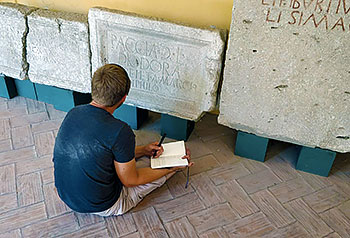 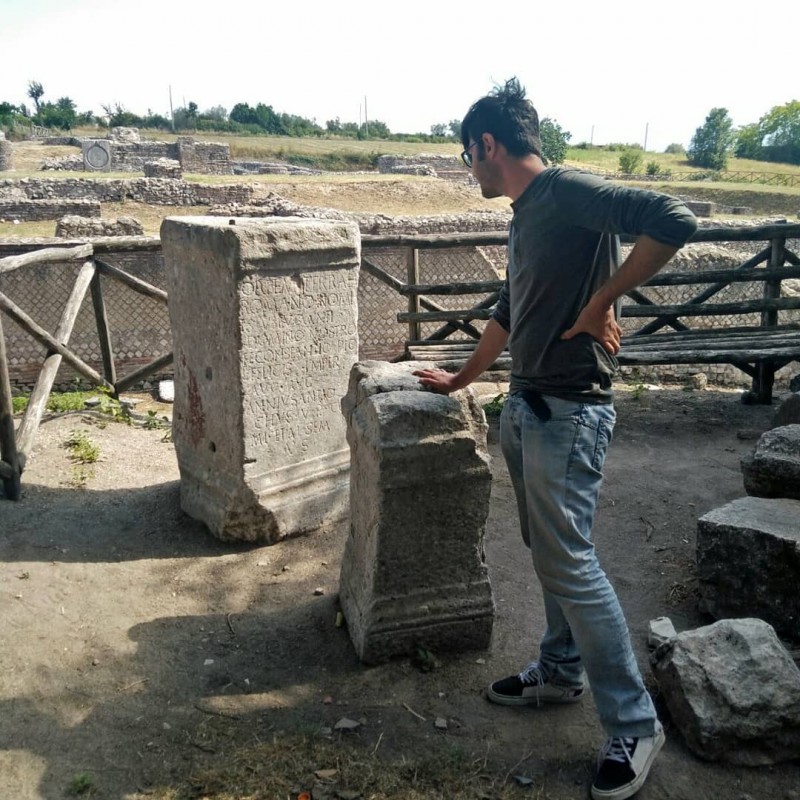 With over four hundred edited inscriptions, some of which are still on display, the ancient Roman town of Aeclanum in Campania offers much to those who want to study Latin epigraphy in an urban context different from the city of Rome, and yet still at the very heart of Italy. To showcase the peculiarity of the local inscriptions, and to make the discipline more accessible to new students, the Apolline Project is launching a Summer School on Latin epigraphy that will be focusing primarily, but not exclusively, on localism and municipal life outside of Rome. The Summer School will span over two weeks, the first at Pollena Trocchia and the second at Mirabella Eclano.

The first week will serve as an introduction to Latin epigraphy for those who have no formal training on the discipline. A series of comprehensive theoretical lessons will cover the most significant aspects of the discipline, and specific topics such as abbreviations in Latin epigraphy through the centuries, Roman naming conventions, Roman funerary rites, the Roman cursus honorum both in Republican and Imperial times, introductory Latin paleography, and dating techniques.
Students will also be taught how to produce a critical edition for publishing, how to use the C.I.L. and other major corpora to retrieve bibliographical information, and how to employ online databases for comparative studies.
More practical lessons will touch upon the different techniques involved in documenting inscribed monuments in preparation for an edition; students will also be taught how to do rubbings and squeezes.
Theoretical classes will be taught in the facilities of the Apolline Project in Pollena Trocchia (near Naples), and students are required to bring their own laptop. The first part of the course will include a visit to the epigraphic collections of the Museo Archeologico di Napoli and of the Museo Storico Archeologico di Nola.

The second week of the Summer School will run at Mirabella Eclano, near the excavation of the ancient Roman city of Aeclanum, and it will explore in-depth a series of highly specialised themes in Latin Epigraphy.
Some of the topics that will be explored include: paleographic techniques and lithotypes, euergetism in the Roman world, the Roman army in inscriptions, municipal life and epigraphic production, epigraphic habits in the Roman empire, and the epigraphy of minorities (women, slaves, foreigners).
Theoretical classes will be taught in the facilities of the Apolline Project in Mirabella Eclano, and students are required to bring their own laptop. Practical sessions will be carried out on site, in the ancient town of Aeclanum, as well as in the nearby modern town of Mirabella Eclano.
As a result, students will have the opportunity to familiarise themselves with the various lithotypes used at Aeclanum, and to interpret and study first-hand various kinds of inscriptions. The second part of the course will include a visit to the lapidarium of the Museo del Sannio in Benevento.

While the two weeks are designed as part of a unique course, each can be attended independently from the other. However, students who plan on attending only the second week of the course are expected to have already some knowledge of Latin epigraphy. A basic knowledge of Latin is needed in order to attend the Summer School effectively.

Notes:
There is a good number of inscriptions on display in the archaeological area of ancient Aeclanum, and even more are scattered around the modern town of Mirabella Eclano, some of which are remployed as construction material in later buildings. The School features visits to the archaeological museums of Naples, Nola and Benevento, which have on display hundreds of inscribed monuments of any kind. The ease of access to this richness of inscriptions makes the Summer School the ideal learning environment for those students that would also like to learn about the practical aspects of Latin epigraphy, not just the theoretical ones.

Minimum Length of Stay for Volunteers: A black of one week

Experience Required: A basic knowledge of Latin is needed in order to attend the Summer School effectively. Students who plan on attending only the second week of the course are expected to have already some knowledge of Latin epigraphy.

Academic Credit:
Credits offered upon negotiaton with the University where the student is enrolled. credits offered by Apolline Project. Tuition is The participation fee for the two weeks combined is 600EUR, while the fee for just one week is 350EUR. .