This listing expired on June 1, 2018. Please contact jonathan.greer@cornerstone.edu for any updated information. 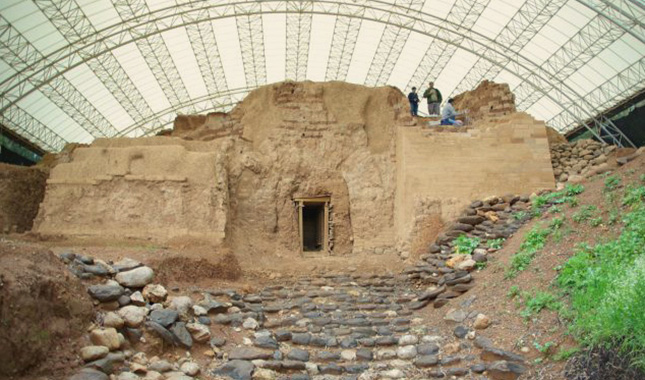 Tel Dan is one of the most important sites in the ancient Near East, in general, and for “Biblical archaeology,” in particular. Situated at the base of snow-capped Mount Hermon on the headwaters of the Jordan, Dan has been an important settlement from the Neolithic period (ca. 5,000 B.C.E.) through the early modern period.

Archaeological highlights include massive Early Bronze Age fortifications (ca. 2900–2200), the earliest preserved mudbrick arched gate in the world (ca. 1900–1500 B.C.E.), a spectacular treasure-filled Mycenaean tomb from the Late Bronze Age (ca. 1500–1200 B.C.E.), an early Iron Age I agrarian settlement that some associate with the Israelites (ca. 1200–1000 B.C.E.), major fortifications and what is apparently an Israelite temple—where Jeroboam’s golden calf may have once stood (1 Kings 12)—from the Iron Age II (ca. 1000–730 B.C.E.), and various figurines, statues and inscriptions from the Persian, Hellenistic and Roman periods. Perhaps the most famous find from Tel Dan is a stela, likely commissioned by Hazael of Aram sometime in the ninth century B.C.E., identifying a Judahite king from the “house of David” and thus providing the only extra-Biblical reference to the famed King David from the Bible.

This season we will continue explore questions about the ethnicity of the Iron Age I inhabitants of the site and the LB/Iron I transition, questions about the relationship between the Iron II temple complex and the inhabitants of the site, and questions about Assyrian colonization following the conquest of the region in the mid-eighth century B.C.E. as we continue our work in Area B and open new squares in Area T. We also hope to utilize new scientific methods, including infrared soil analysis, GPR and isotope analysis of faunal remains, in addition to gathering a new set of samples for radiocarbon dating. We will also partner with the National Parks Authority in restoration and reconstruction efforts to help bring the site alive for visitors.

Room and Board Arrangements:
Accommodations will be provided at the Mount Hermon Field School, with generally 2-4 volunteers per room. Cost: ca. $510/week (two week min)