The Present Past: Re-imagining Greece Through Heritage (Athens, Crete, Rhodes)

This listing expired on November 30, 2021. Please contact info@cyathens.org for any updated information. 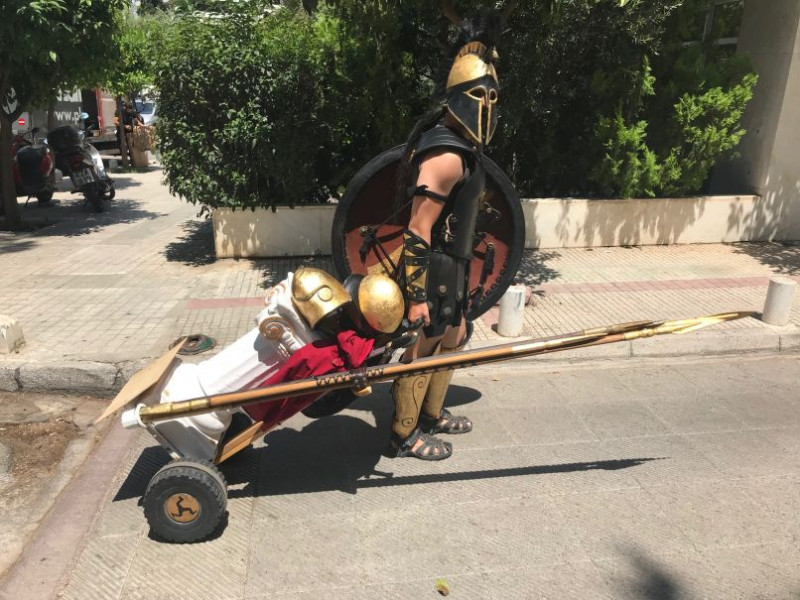 Greece has historically been in the crossroads between East and West, due to its geography, on the one hand, and contact with its eastern and western neighbors established early on, on the other hand. This has resulted into a rich, multifaceted, fascinating heritage, tangible and intangible alike, that is still present today, both in its capital city Athens and the periphery. Greek heritage is manifested on architecture, archaeological remains, culinary traditions, music, even more unconventional forms of expression, such as contemporary graffiti and street art in the metropolitan centers, Greek countryside and its islands alike.

The course focuses on a journey – literally and metaphorically – into aspects of Greek (and also world, as defined by UNESCO) heritage. We will delve into the past, as a complex and ever-present entity and unravel the constituent elements of cultural heritage in contemporary Greece. Among others, we will trace the presence and influence of the following: the classical Greeks and the Romans; the Knights; the Ottomans; the Italians in the S Aegean islands; the vernacular and its roots; the natural and the cultural; current receptions of the past; tourism management and the quest for authenticity in Greek sites and monuments; Greek heritage as it relates to world heritage.

The aim of this course is to help you form a solid and educated opinion with regard to what constitutes Greek heritage in the 21st century as well as how we can all contribute, as educated travelers, to the preservation and dissemination of this cultural knowledge.

Period(s) of Occupation: Classical to contemporary

Room and Board Arrangements:
While in Athens, students will be housed within walking distance of the CYA Academic Center in either CYA student apartments located in the Pangrati neighborhood of central Athens or in hotel accommodations arranged by CYA. CYA apartments are simply furnished and equipped with a full kitchen and air-conditioned bedrooms. Towels, linens and housekeeping service will be provided. A full mid-day meal will be served weekdays in the CYA cafeteria.  A welcome and a farewell dinner are also included. While traveling, Hotel accommodations will be in simple 2- or 3-star hotels, double- or triple-occupancy, in air-conditioned rooms with breakfast included. No other meals are included while traveling. Cost: