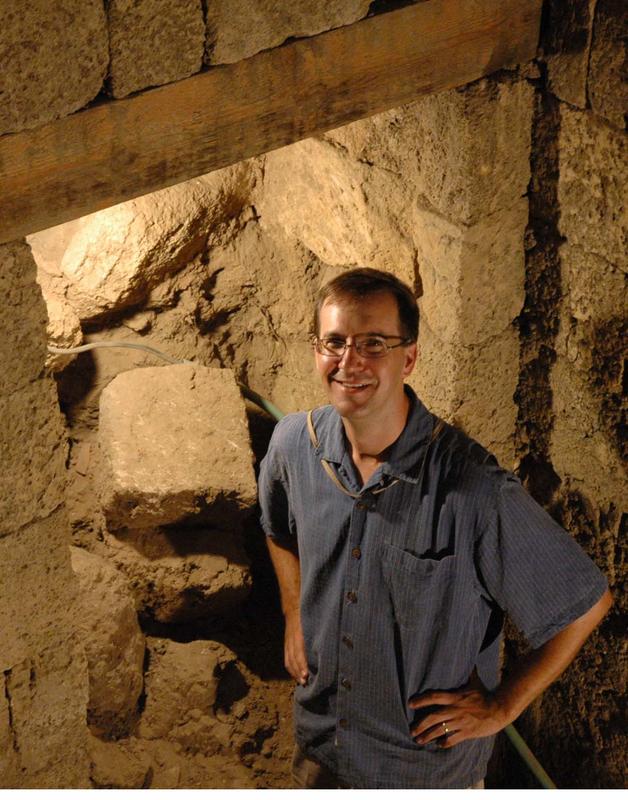 Aaron Burke is with the Department of Near Eastern Languages and Culture at UCLA, and holds his degrees from Wheaton College (B.A.) and the University of Chicago (Ph.D.).  His areas of specialization are the archaeology of ancient Israel and the Levant, warfare in the ancient Near East, Phoenicians, historical geography, and cultural heritage management.  He has conducted fieldwork in Israel, Turkey, and Egypt, and is currently the Co-Director of the Jaffa Cultural Heritage Project excavations.

Recent interest in climate and environmental studies within archaeology have addressed various dimensions of interactions between humans and their environments. From these studies various cases of substantive demographic change are emerging, some of which appear to have been the result of climate-induced migrations. Among such examples are the Amorites in the ancient Near East. Their migration is tied to the onset of the Meghalayan, a long period of arid conditions that held sway in the Near East from 2200 to 1900 B.C. As a result of survey, excavation, and textual data, it is now possible to identify and quantify the scale of this migration by Amorites from the arid margins of the Fertile Crescent during the late third millennium B.C. Furthermore, the relocation of Amorite communities can be shown to have contributed to long-term social and political change in Mesopotamia, the Levant, and even Egypt, which endured well into the second millennium B.C.

2019    Amorites in the Eastern Nile Delta: The Identity of Asiatics at Avaris during the Early Middle Kingdom. In The Enigma of the Hyksos I: ASOR Conference Boston 2017−ICAANE Conference Munich 2018 – Collected Papers, edited by M. Bietak and S. Prell, pp. 69–93. Contributions to the Archaeology of Egypt, Nubia and the Levant 9, Harrassowitz, Wiesbaden.

forthc. 2020    The Amorites and the Bronze Age Near East: The Making of a Regional Identity. Cambridge University Press, Cambridge.