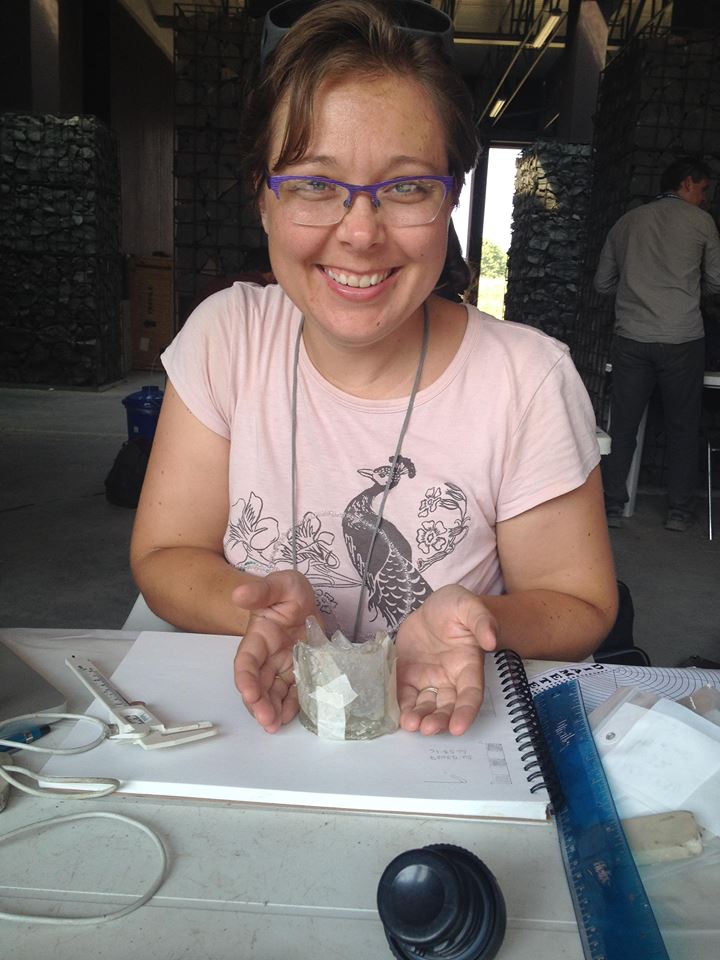 Allison Sterrett-Krause is Assistant Professor  in the Department of Classics, College of Charleston, and holds her degrees from the University of Cincinnati (Ph.D.) and Randolph-Macon Woman’s College.  Her research interests include Roman glass from archaeological sites, the art and architecture of ancient Greece and Rome, ancient topography and urban development, and ancient technology and craft production.  Professor Sterrett-Krause is the Director of the College of Charleston Glass Research Lab, and also serves as the Glass Specialist for the Pompeii Archaeological Research Project and the Leptiminus Archaeological Project in Tunisia.

Looking at Glass in the Ancient Mediterranean

Excavations in the small coastal city of Roman Leptiminus (Lamta, Tunisia) revealed an extensive cemetery used by both traditional Romans and Christians from the second to the sixth centuries A.D. Among the artifacts recovered during excavation were hundreds of fragmentary glass vessels. Detailed study of these glass artifacts reveals that the residents of Leptiminus used glass vessels in rituals to commemorate the dead at the cemetery, perhaps by drinking wine or eating meals near the tombs. Though this practice originated in pagan Roman festivals and funerary rituals, Christians at Leptiminus also participated in rituals of drinking at the cemetery. The continuation of this practice across centuries and religious identities highlights the processes of adoption and adaptation as Christianity took root across the Mediterranean.

Glass has been used in the Mediterranean for millennia, but few people understand the important role this material played in ancient social practices and daily life. Beginning in the Bronze Age, small, colorful glass vessels held costly perfumed oils, and colored glass stood in for precious stones in jewelry and furniture. During the late first century B.C., glass-blowing technology spread across the Roman world. Glass vessels and objects came into regular, everyday use across the social spectrum, used for everything from drinking cups to game pieces. In the late Roman period, Christian churches were fitted with costly glass windows and dozens of glass oil lamps. We will explore the technological developments and cultural uses of glass from the 6th c. BC to the 6th c. AD with three case studies from across the Mediterranean: Apollonia (Albania), Pompeii (Italy), and Carthage (Tunisia).

Corning Museum of Glass. 2011. “The Origins of Glassmaking.” https://www.cmog.org/article/origins-glassmaking

Corning Museum of Glass. 2011. “Glass of the Romans.” https://cmog.org/article/glass-romans