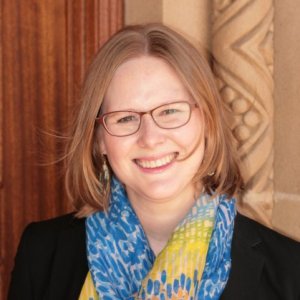 Amanda Herring is Assistant Professor with the Department of Art and Art History at Loyola Marymount University.  She holds her degrees from Dartmouth College and the University of California, Los Angeles (MA and Ph.D), and specializes in Hellenistic Greece, particularly how architecture and sculpture were used as expressions of identity during a period of rapid social and political change. Dr. Herring also examines the reception of the classical past in the modern world, and her current research project examines the superhero Wonder Woman and the manner in which her comics reinterpret and depict Greek myths, particularly their transformation of Amazons from antagonists to heroes.

Heroes on the Move: Greek Heroes in the Hellenistic World

Heroes on the Move: Greek Heroes in the Hellenistic World

In her comics, Wonder Woman is defined not only as a modern superhero, but also as a remnant of the Greek mythological universe. She has fought not only modern supervillains, but mythological monsters including the hydra. Wonder Woman first appeared in comics in 1941, and has been in continuous publication since then, a record only matched by Batman and Superman. Comics represent one of the most widely consumed forms of visual art and are firmly part of mainstream American culture. Wonder Woman comics, therefore, represent an important source of popular knowledge about Greek myth. Yet, the comics regularly reimagine the material. This follows the model of the ancient world where mythology and its depiction in art was not static; it was changed as society changed. Wonder Woman comics follow an ancient model, but communicate modern ideas.

This is especially notable in Wonder Woman’s identity as an Amazon warrior. In Greek myth and art, Amazons were foreign warrior women who fought nobly but unsuccessfully against the Greek male heroes. Wonder Woman and her fellow Amazons display many of the same combative and aggressive attributes as their ancient predecessors. Yet, characteristics once seen as a perversion of the natural order by the Greeks are held up as symbols of modern female strength, empowerment, and heroism. The comics flip the Greek stories upside down by telling them from the Amazon, rather than Greek, viewpoint.

This lecture will examine how Wonder Woman comics responded to and reacted against Greek art and archetypes, reinterpreting them for the modern world and adapting them to modern ideals of heroism and feminism. It considers how stories of an Amazon against a background of contemporary politics and culture became a symbol of modern feminism and female heroism.

Heroes were a key part of the cultural imperialism of Alexander and his successors, who brought the cults and myths of Greek heroes to the territories they conquered, actively connecting them with local gods and founding sites for their worship. Following their conquests, heroes, their cults, and images were well established across the Hellenistic east. Yet, the Hellenistic heroes differed from those of earlier periods, with new methods of depiction and characterization, and many of the most widely worshipped and depicted heroes of the Hellenistic period were not the same as in earlier periods and in the Greek cities of the mainland. Herakles did maintain his position as the most popular hero. Inscriptions honoring Herakles have been found in Ai Khanoum in Bactria, and images of the hero have been at a number of sites in central Asia. A relief of Herakles decorated the tumulus at Nemrud Dağ, and his exploits were popular subjects on architectural sculpture produced elsewhere in Anatolia. It does not appear, however, that Herakles was popular because he was the ultimate Greek hero, but rather because of his status as a wandering hero. His travels and exploits could be connected to various locations, allowing for the establishment of specifically local cults and myths. Many of the other popular heroes in the period also fit the mold of the wandering hero. For instance, reliefs commemorating the cult of Bellerophon have been found at Aphrodisias, and his images have been found in Bactria. Jason, Medea, and Ariadne also enjoyed widespread popularity. This lecture will examine how these heroes were depicted in art and the evidence for where and how they were worshipped. It will consider how heroes were transformed from tools of conquest to loci of local identity and cult, focusing on the changed role of heroes in the Hellenistic period, and how modifications to the character and stories of the heroes served the local populations of the Hellenistic east.