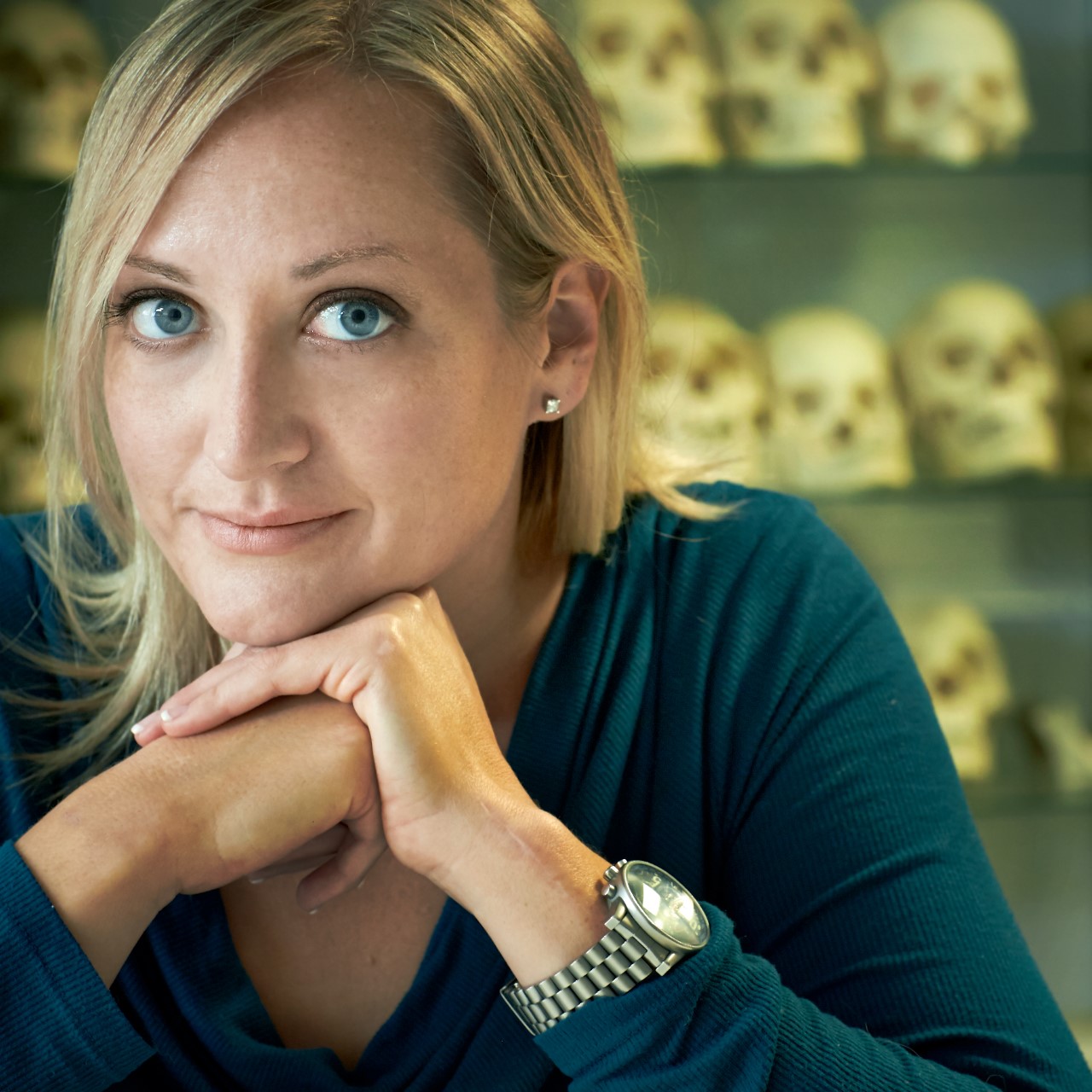 Anna J. Osterholtz is Assistant Professor of Biological Anthropology at Mississippi State University. She received her Ph.D. from the University of Nevada, her M.S. from the University of New Mexico, and her B.A. from New Mexico State University. Her research interests include bioarchaeology (especially of the Bronze Age Mediterranean), how relationships between the living and the dead are illustrated through the treatment of the dead, commingled and fragmentary assemblages (such as ossuaries or massacre assemblages), identity formation and negotiation, and migration. Her publications include (with D.L. Martin) “The Poetics of Annihilation: On the Presence of Woman and Children at Massacre Sites in the Ancient Southwest” in Martin and Tegtmeyer (eds.) Bioarchaeology of Women and Children in Times of War, 2017.

The Body Poetic: How identity is formed, negotiated, and renegotiated through interaction between the living and the dead

The Body Poetic: How identity is formed, negotiated, and renegotiated through interaction between the living and the dead

Cyprus sits in a unique place within the Mediterranean. Described as a steppingstone within multiple trade routes, the history of Cyprus is one of social groups interacting with one another beginning with the Neolithic period (around 10,000 BC). I this talk, we will explore the nature of population movements onto and within Cyprus during the intense social and political development of the Bronze Age (2400-1100 BC.) During this time period, political, economic, and social changes defined Cyprus and Cypriot identity. From the early Bronze age to the late Bronze Age, periods of agricultural intensification, the rise of copper production, and the increasing prominence of Cyprus within the larger regional trading sphere created challenges for the population. Groups migrated to Cyprus in both the early and late Bronze Ages, increasing the population size and creating new social tensions. In this talk, I will examine what changes in health and population stress resulted from these cultural changes. The nature of population movements, through either Migration or Colonization, are theorized here to leave different material cultural traces.

Based on the analysis of human remains from tombs throughout the island and spanning over 1000 years, I will explore concepts of Identity and how that is formed in a place where cultural contact with other groups was prominent. This constant interaction with trading partners created a third-space Cypriot identity incorporating elements from the western Mediterranean as well as Anatolia. This identity allowed for increased resiliency in times of cultural collapse elsewhere in the Mediterranean and continues to contribute to a robust concept of ‘being Cypriot’ today.

Knapp, A. B. (2013). The Archaeology of Cyprus: From Earliest Prehistory through the Bronze Age. Cambridge: Cambridge University Press.

Osterholtz, A. J. (2016). Bodies in Motion: Identity and Migration in Cyprus during the Bronze Age. In A. J. Osterholtz (Ed.), Theoretical Approaches to Analysis and Interpretation of Commingled Human Remains. New York: Springer.

Osterholtz, A. J. (2020). Collective Bodies, Collective Identities: the development of Identity in Bronze Age Cyprus. In C. Stojanowski & K. Knudson (Eds.), Identity Revisited: The Bioarchaeology of Identity in the Americas and Beyond (pp. 107-135). Gainsville: University Press of Florida.

The dead do not bury themselves. This is fundamental to how we begin to understand the relationship between the living and the dead. How we, the living, interact with the dead has significance for us in terms of our identity formation throughout our lives. Drawing on a model of Poetics developed by Neil Whitehead to understand the social role of violent interaction, we can see mortuary processes as a product of ritual and performance. In this talk, I will discuss how the use of space within mortuary processes impacts our understanding of who we are, leading to changes in status and identity.

Mortuary rituals illustrate the relationship between the living and the dead. Archaeologically, mortuary rituals can be identified through the material traces they leave, from the graves and human remains themselves to the remnants of feasting activity, to the creation of monuments. In our modern world, mortuary rituals reflect an individualistic view of society. We interact with our dead in ways that reflect intersectional, personal, and communal identities. I will explore these topics with case studies spanning Space and Time, tying together an understanding of why burial within a medieval church was a status symbol to why a concert/memorial service with fireworks and explosions was an appropriate sendoff for a man like Hunter S. Thompson. No matter what timeframe we examine, mortuary rituals are meaningful expressions of identity; this talk will examine the ties that bind the living to the dead and how those ties are embodied in poetic performances.

Case studies and Introduction in:  Osterholtz, A. J. (Ed.) (2020). The Poetics of Processing: Memory Formation, Identity, and the Handling of the Dead. Boulder: University Press of Colorado.