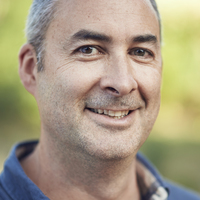 Dr. Anthony Tuck is Associate Professor with the Department of Classics and the Center for Etruscan Studies, University of Massachusetts, Amherst. He received his degrees from Brown University (Ph.D.) and Haverford College, and specializes in early Etruscan culture and ancient textiles. He is the Director of Excavations at Poggio Civitate in Murlo, Italy, and has held Fulbright and Lilly Fellowships. His main publications include Poggio Civitate: The Necropolis of Poggio Aguzzo (2009), First Words: The Archaeology of Language at Poggio Civitate (2013), and Vinum: Poggio Civitate and the Goddess of Wine (2015).

The Politics of Intoxication: Early Tuscany and the Goddess of Wine

Few regions of the world are as closely associated with wine as is Tuscany. It’s tradition of viticulture extends back thousands of years to the time of the Etruscans. And within those earliest Italian cities, wine was used as a vital political instrument, an essential facet of the complex social and religious tapestry of Etruscan life. Archaeological excavation at the site of Poggio Civitate offers a window onto the customs and beliefs associated with wine within this enigmatic population of early Italy. Among the numerous insights provided by the site, banqueting stands as an important instrument of social communication between the site’s aristocratic population and members of the community’s non-elite.

The monumental architecture of Poggio Civitate remains some of the best preserved and most enigmatic of the early period of Etruscan social and political development. Two phases of architectural development are well known. The latest phase, dating to the Archaic Period (circa 600-550 BCE), consists of an opulently decorated, monumental, four winged, fortified structure. While the overall purpose of this large building remains obscure, most scholars agree it served as a residence – among other potential functions.  The earlier phase of architectural development, dating to the mid 7th century BCE, consisted of a multi-functional complex surrounded by several other large buildings of different functions. Like the later structure, the buildings of this complex employed ornately decorated terracotta roofs, one of which clearly served as an elite residence.

Excavation in 2015 through 2017 revealed traces of yet another phase of monumental domestic architecture at the site. Located immediately west of the site’s Piano del Tesoro plateau, this building was considerably larger than any of the site’s non-elite domestic architecture with which it was contemporary and also appears to have employed one of the earliest known decorated, terracotta roofs in central Italy.

The comparison of forms of these three phases of elite domestic architecture suggests the site’s aristocratic population initially expressed status in terms of scale and size of their household. However, over time, the location of domestic space gradually moved further away from non-elite elements of the site’s surrounding population and visual access to members of the aristocracy grew increasingly more restricted.

Poggio Civitate is located in the Comune of Murlo at the juncture of the mineralogical wealth of Tuscany’s Colline Metallifere and the agricultural abundance of the Crete Sense. The site flourished in the years between the late 8th and late 6th centuries BCE. Five decades of excavation has revealed an abundance of data concerning the daily life of the community, including evidence of three major phases of monumental architectural development consisting a series of elite households and supported by an adjacent non-elite community. Manufacturing capacity at the site is reflected in materials associated with all three phases of development but best illustrated by the discovery of a multi-functional workshop associated with Poggio Civitate’s middle phase of development (675/650 – 600 BCE). This 54m long structure produced food stuffs, roofing materials, objects of worked bone and antler, textiles, metals and a number of other goods in a distinctive local style. However, in spite of this considerable scale of manufacturing, goods appear to have been produced almost exclusively for internal consumption.

Recent survey work and targeted excavation on hills surrounding Poggio Civitate suggests a number of contemporaneous communities operating within the site’s social, economic and political orbit. These peripheral centers may explain a feature of production at Poggio Civitate itself. Approximately 5% of the roofing materials and ceramics recovered are marked with sigla. These markings are found on materials from most sites throughout the region, but at Poggio Civitate may be related to an administrative system for tracking and control of multiple contributions to large scale production projects. The resulting picture of Poggio Civitate’s social and political economy suggests a dominant nucleus community surrounded by a number of subordinate settlements. Raw materials aggregated atop Poggio Civitate and were converted into finished products, primarily benefiting the site’s elites, although evidence suggests a number of social and ritual mechanisms that would have redistributed portions of this production capacity back into the broader community.

The resulting picture of Poggio Civitate is not that of a community in isolation, but rather the center of a cluster of politically and socially integrated centers of habitation. The effect of the local topography – a hilly terrain without broad, elevated plateaus upon which to aggregate population – appears to have compelled the community to create mechanisms of social, economic and symbolic engagement with multiple population centers. The apparent result is that of a ‘city-less city’ – a non-nucleated demographic structure marshalling population and resources from numerous surrounding communities. This form of community structure is echoed in the medieval comune system of Murlo itself, a community with a social, religious and architecturally monumental center surrounded by several subordinate clusters of habitation.