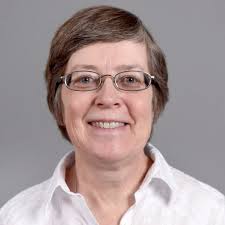 Brenda J. Baker is Associate Professor of Anthropology with the Center for Bioarchaeological Research at Arizona State University.  She holds her degrees from the University of Massachusetts, Amherst (Ph.D. and M.A.) and Northwestern University, and her research interests include bioarchaeology, human osteology, paleopathology, and mortuary archaeology in North America, Egypt, Sudan (Nubia), and Cyprus.  She has published extensively, served as Principle Investigator for many projects, and received various awards for her work.  Current projects include serving as Director for the Bioarchaeology of Nubia Expedition (BONE).

Sifting Sand in Sudan: New Light on Life and Death in Ancient Nubia

A wealth of material attesting to life and death in ancient Marion (Roman Arsinoë) has been uncovered during two decades of excavation by Princeton University’s Expedition to Polis Chrysochous, on the northwest coast of Cyprus.  Burials of more than 300 individuals clustered in and around two early sixth-century basilicas. One basilica was used to the eleventh century, while the other was reused after a hiatus for burials from the thirteenth through sixteenth centuries, extending into the Venetian period. Comparison of mortuary evidence from both basilicas indicates various ways of accommodating the dead. Analysis of the skeletal remains provides insight into the lives and activities of the Late Antique to late medieval populace, along with their treatment in death. This work reveals evidence for the sexual division of labor. Patterns of grooves and notches on anterior teeth suggest their use in aspects of textile production and is found predominately, though not exclusively in females. Bone needles were found with three of these individuals and features on their bones are consistent with occupational stress attributed to tailors and associated with habitual kneeling, squatting, and sitting. Healed fractures are far more common in males, indicating they performed labor that put them at greater risk of accidental trauma. Women, however, disproportionately suffered violent trauma. The prevalence of infection is low, although one young adult female was afflicted with leprosy—the only archaeological example documented on the island to date.

Baker, Brenda J., and Katelyn L. Bolhofner. Biological and Social Implications of a Medieval Burial from Cyprus for Understanding Leprosy in the Past.  International Journal of Paleopathology 4(2014):17-24.

Baker, Brenda J., and Amy Papalexandrou. 2012. A Bioarchaeological Perspective on the Burials and Basilicas of Medieval Polis, Cyprus.  In Bioarchaeology and Behavior: The People of the Ancient Near East, edited by Megan A. Perry, pp. 80-114.  University Press of Florida, Gainesville.

The Bioarchaeology of Nubia Expedition (BONE) project area lies between the fourth and fifth cataracts of the Nile River in northern Sudan, covering an area nearly 100 m2. Fieldwork and lab research have documented sites as old as the Early (>250,000 years ago) and Middle Stone Age. Work has emphasized habitation, rock art/gong, and cemetery sites dating from the Mesolithic to Christian periods in the eastern portion of the project area. Spatial and contextual relationships between archaeological sites and the natural environment are examined, particularly among clusters of Kerma period graves (c. 2500-1500 B.C.) and for Post-Meroitic fortifications and cemeteries (c. 350-550 A.D.) within a broader region. This research provides insight into people’s adaptations to the environment and ties to core areas of state societies through time. Grave architecture and treatment of the dead show variable local practices but inclusion of imported grave goods reveals integration into far-flung trade networks from the Kerma through Christian (c. AD 550-1400) periods.  Persistence of local traditions, spatial and social organization of cemeteries, and distinct identities marked in life (e.g., dental avulsion) or death (e.g., interment with archery equipment) illuminate new aspects of ancient Nubian mortuary behavior and identity.  Additionally, indicators of residential mobility, diet, and disease in the skeletons reveal shifting patterns of subsistence and the life histories of specific individuals in different eras.

Baker, Brenda J. 2014. Tracking Transitions in the Fourth Cataract Region of el-Ginefab:  Results of the Arizona State University Fieldwork, 2007-2009.  In The Fourth Cataract and Beyond: Proceedings of the 12th International Conference for Nubian Studies, edited by Julie R. Anderson and Derek A. Welsby, pp. 841-855.  British Museum Publications on Egypt and Sudan 1. Peeters, Leuven.

Kleinitz, Cornelia, Rupert Till, and Brenda J. Baker. 2015. The Qatar-Sudan Archaeological Project–Archaeology and acoustics of rock gongs in the ASU BONE concession above the Fourth Nile Cataract, Sudan: A preliminary report.  Sudan & Nubia 19:106-114.

Individuals from subsidiary graves around First Dynasty royal tombs and nearby funerary enclosures at Abydos, Egypt, are typically thought to have been sacrificed due to their large numbers, but what evidence supports this contention?  Most were excavated in the late nineteenth to early twentieth centuries, and only skulls or pathological remains were retained, such as bones representing two dwarfs I have examined from graves around Semerkhet’s tomb. Publications offer information on the graves, their accoutrements, and identities of those interred within them. Between 2002 and 2005, three funerary enclosures attributed to Aha were excavated by the University of Pennsylvania Museum, Yale University, New York University Institute of Fine Arts Expedition (PYIFA).  My analysis of the skeletal remains provides critical information regarding identity, lifestyle, and manner of death.  Identities differ, based on age, sex, health status, and the quality and quantity of grave goods. The richly furnished graves around the main enclosure include a child of 3-5 years, a young adult male, two middle adult females and one old adult female. Graves around the two smaller enclosures had fewer objects of lesser quality and were all females with a younger age profile. No skeletal evidence of perimortem trauma indicative of sacrifice is present, although archaeological data indicate the graves were roofed simultaneously. Compared to later commoners from the North Cemetery, these royal courtiers were taller and had better dental health, although healed trauma, infection, and other conditions are present. Interestingly, alterations of hip and leg bones suggest habitual donkey riding.