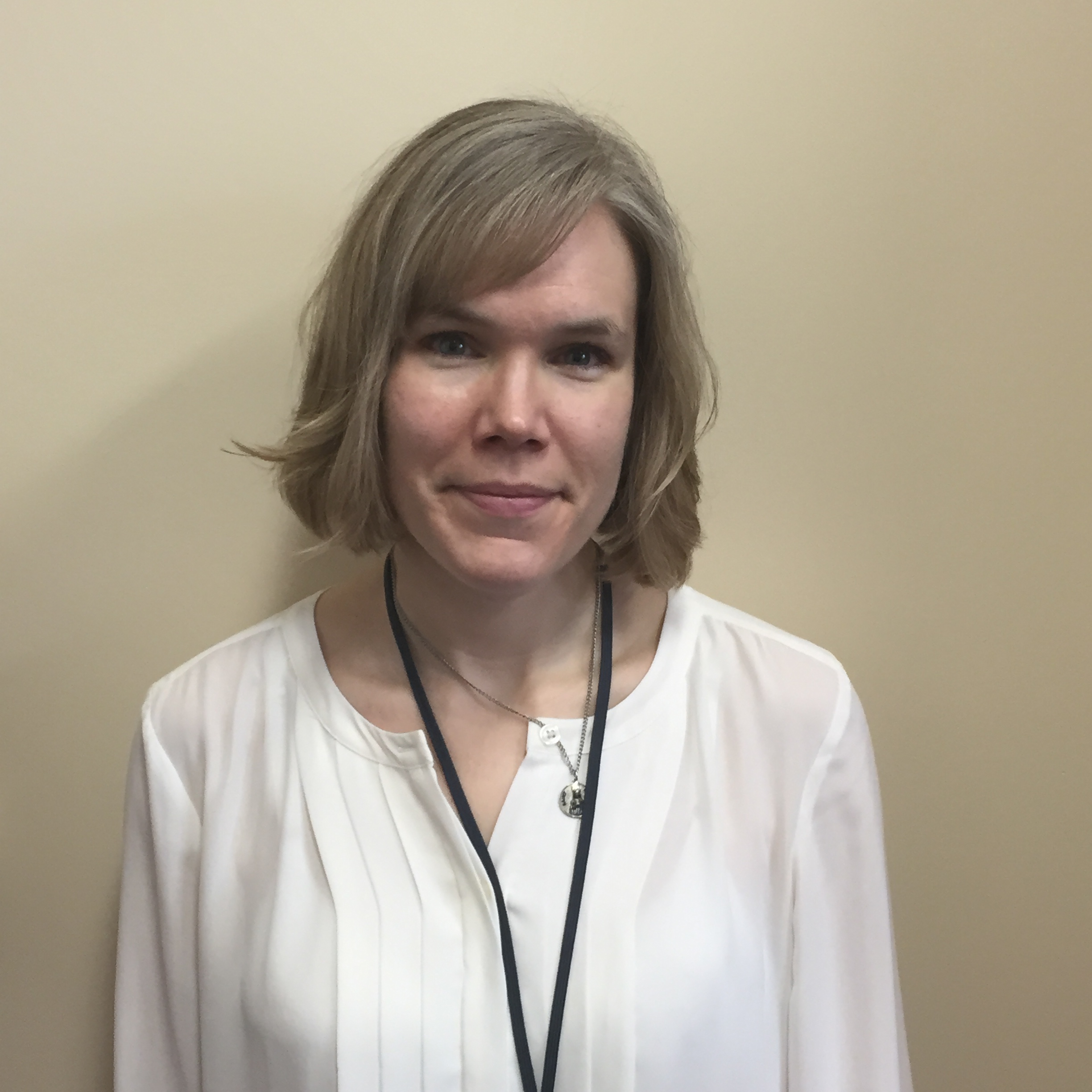 Bridget Sandhoff is Associate Professor in the Department of Art and Art History at the University of Nebraska, Omaha, and she holds her degrees from the University of Iowa.  Her areas of specialization include androgynous imagery in Etruscan art and gender in Etruscan society Etruscans, and the art of Egypt, the ancient Aegean, Greece and Rome.; she is also interested in western medieval art, particularly the cult of the saints and Gothic architecture, and the arts of Asia.  Professor Sandhoff’s recent publications include “The Art of Etruscan Love” in Fluid Love, Fluid Gender (ed. by D. Byrne and W.Y. Ade, Brill 2019), and “Transitory Nudity: Depictions of Life Changes in Etruscan Art” in The Ancient Art of Transformation: Case Studies from Mediterranean Contexts (ed. by R. Gondek and C. Sulosky Weaver, Oxbow Books, 2019).

Girls Will Be Boys? Investigating Images of Athletic Women in Ancient Etruscan Art

Girls Will Be Boys? Investigating Images of Athletic Women in Ancient Etruscan Art

Ancient Etruria often arises in any discussion about women in classical antiquity. The relatively high status and freedom of elite Etruscan wives and mothers stand in stark contrast with most of their contemporaries in ancient Greece and Rome. The authority of Etruscan females is hard to deny, especially when viewing their art or reading foreign accounts about the Etruscans. However, relying on this visual imagery has its flaws, because many Etruscan works have no known context or can be interpreted in multiple ways. Moreover, Greek and Roman authors often exaggerated their comments. In addition, the dearth of Etruscan literature deprives us of an authentic cultural perspective. Despite these issues, the extant artwork and surviving beauty items imply that the wives and mothers of Etruria established themselves as exemplars of beauty, grace and matronly duty within their communities.

It is clear that Etruscan women had a strong presence in art, which indicates their greater visibility in public and possible leadership roles. In spite of this conspicuous presence, no solid evidence indicates that aristocratic women held political, civic or religious positions. On the contrary, being a wife and mother was the primary role most females realized in their lives. This conventional gendered career path was embraced by women. This situation seems no different from Athenian and Roman matrons; yet, the visual record implies that Etruscan women were more active within and outside of the home as well as valued members of a marriage.

While aristocratic females willingly accepted life as a wife and mother, they did not necessarily follow the conventional “rules” of gender. They attended parties with their husbands, enjoyed community events such as athletic games, owned property, retained familial names, and reveled in an array of adornment options. Most of these activities, to a certain degree, involved a woman’s public image and identity. This lecture explores, through a variety of Etruscan artwork (e.g., tomb paintings and sarcophagi) and objects (e.g., engraved bronze mirrors and Praenestine cistae), not only the import of these traditional, domestic duties, but also how Etruscan women emerged as leaders, on their own terms, within the marriage and society. In particular, elite women asserted their authority through the power of beauty and personal appearance.

Any mention of the human body in the art of classical antiquity often conjures up images of well-muscled Greek athletes such as Polykleitos’s Doryphoros, Myron’s Diskobolos and the Riace bronzes. The primacy of the idealized nude male body is ubiquitous in Hellenic culture. Indeed, Greece typically becomes the benchmark from which everything in the ancient world is compared. The Greeks influence stretches far and wide, and it certainly inspired the Etruscans. No one can deny the impact that Greek culture had on Etruria; the Etruscan fascination with Greece encompassed their social practices, material culture, religion and deities, and artistic models. Though Etruria emulated multiple facets of Greek civilization, scholars have successfully proven that the Etruscans modified Greek models to fit their own, distinctive needs. The same is true for Etruscan representations of the human body.

The artistic record provides a wealth of information from which we can determine how the Etruscans viewed the body and recorded it. A general survey of their art shows a clear debt to Greek examples. Yet, a closer examination reveals a distinctive somatic aesthetic for women that flouts conventional paradigms. Unlike the Greeks, women feature prominently in Etruscan art. Moreover, female representations are just as diverse as the male ones, ranging from elaborately clothed women to nude females rife with muscle. On several occasions, nude men accompany the muscular women, who mirror each other in size, stance, and nudity.

This lecture examines the nude, athletic female somatotype that becomes popular in fourth century B.C. Etruria, its frequent pairing with a nude, male partner, and the reason for such imagery. The analysis employs artwork as the primary evidence, where most of these women and male/female pairs are shown: engraved bronze mirrors, Praenestine cistae, and various bronze implements. Based on this brief study, I believe that the sporty female was created intentionally. A robust female physique transmitted relevant information to the onlooker, one of health, fitness, and beauty. A fit body coincided with the ability to bear children and raise them to adulthood. As a result, marriage became critical because it allowed for the creation of family, the cornerstone of Etruscan society. Family was the main vehicle through which life continued. Young Etruscan couples and their children cemented the belief that their family names would continue on into the future, and hopefully, be remembered for generations.

One of the most misunderstood but widely-known historical figures is Cleopatra VII Thea Neotera Philopater, or simply known as Cleopatra. Few authentic facts survive about her life, and what few facts do survive provide contradictory reports about the last Ptolemaic ruler. In Egypt, she was a beloved savior and goddess, but the Romans vilified her as a wanton seductress and whore. Furthermore, the contemporary artistic representations reflect both opinions, and thus, her “legend” becomes a tangled web of fact and fiction. Unfortunately for Cleopatra, Roman writings dominate history and have tainted her visual legacy for centuries.

This lecture explores the myth of Cleopatra promulgated by the Romans, especially Augustan invective, which has served as the source for most visual depictions of the Egyptian queen. Nineteenth century works of art, especially by French painter Alexandre Cabanel and American sculptor Edmonia Lewis, reveal how the figure of Cleopatra reinforced or exposed racist and sexist ideologies of Western, patriarchal society. Cabanel worked in a realistic style that reiterated prevailing Orientalist fantasies of the East while Lewis sculpted a neoclassical piece that asserted her ambiguous position in post-Civil War America.

A similar situation plagues cinematic visions of Cleopatra. Joseph L. Mankiewicz’s Cleopatra (1963) and the HBO series Rome (2005-2007) appear to take a more balanced view of the Egyptian queen. These works do not necessarily reiterate the same malicious attitudes, but portray a woman in charge of her own destiny. However, just like Cabanel and Lewis, the filmic versions of Cleopatra fall victim to the Roman characterization of her as a sexually voracious queen, who seduces anyone for her own gain. In the end, she becomes a symbol of the exotic “other” in the modern imagination, ultimately fulfilling Augustus’s domination of Egypt and its last ruler.

Marital love in antiquity is regularly treated with ambivalence. Ancient Greek and Roman literature feature contradictory views about love: some exuberant, some raunchy, and some irreverent. Their visual record presents a more subdued perspective with scenes of sober brides preparing for the wedding ceremony on Greek vases or sculpted panels on Roman tombs of serious husbands and wives posing for passersby. The Etruscans, however, prove to be an exception.

The paucity of Etruscan literature prevents us from understanding their true perspective on marriage. Therefore, their artwork becomes the primary evidence of love and affection expressed between wives and husbands. Works such as engraved bronze mirrors, tomb paintings, bronze implements, terracotta votives, and sarcophagi, which are the basis for my analysis, provide ample support for its appeal in Etruscan society. Just a brief survey of these works shows the significance of marriage in Etruria, but more importantly, the illustration of love between spouses. It is no secret that wedded couples were highly valued in Etruscan society, and indeed, they served as the cornerstone of their civilization. Yet, it seems that the pairing was not enough. It is my belief that the import of the marital bond inspired explicit representations of romance and intimacy in Etruscan art. The Etruscans realized that love, affection, and adoration, whether truthful or idealized, were key to happy, fruitful marriages, where both husbands and wives were considered equally important members of the union, and more importantly, protected family legacies.

Beneker, Jeffrey and Georgia Tsouvala, eds. The Discourse of Marriage in the Greco-Roman World. Madison: University of Wisconsin Press, 2020.