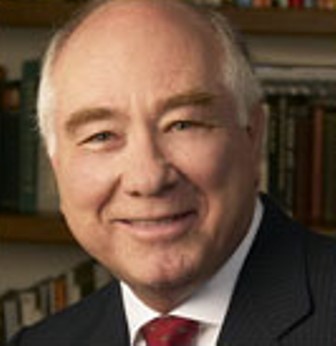 After eighteen years at Franklin College, seventeen as President and one as Chancellor, Dr. Erik Nielsen stepped down in May 2013, having been accorded the title of President Emeritus.

Franklin College, now Franklin University, is a fully accredited, (MSCHE, and Swiss Univ. Comm.) baccalaureate and MSc granting American institution of higher learning, located in Lugano, Switzerland. It is the only foreign institution to be recognized as a Swiss University by the Swiss University Commission. Prior to accepting this post Dr. Nielsen had served variously as Vice President of Academic Affairs and Professor of Art History at the University of Evansville (Indiana), Dean of Humanities and Arts at Trinity University (Texas), Director of the Intercollegiate Center for Classical Studies in Rome (Stanford University) and Chair of the Department of Classics at Bowdoin College (Maine). He received his B.A. and M.A. in Classics from the State University of New York at Buffalo and his Ph.D. in Classical and Near Eastern Archaeology from Bryn Mawr College (Philadelphia).

The recipient of numerous archeological and administrative grants, Dr. Nielsen has remained active in undergraduate teaching in the U.S. and abroad throughout his administrative career. He has directed two doctoral dissertations, one for Bryn Mawr College and one for Brown University. He has been a fellow of the National Endowment for the Humanities as well as the Social Sciences and Humanities Council of Canada. In addition he has directed and/or co-directed an on-going archeological excavation in Italy (Poggio Civitate) for the past forty years. He is an Elected Foreign Member of the Istituto Nazionale di Studi Etruschi ed Italici. Dr. Nielsen has served as Vice President of the Board of Trustees of the Etruscan Foundation (USA) and serves on the Editorial Board for the archaeological journal, Etruscan Studies. He has been a consultant to Time-Life publications for their archaeological series on the Etruscans. He was involved in the design and renovation of an archaeological museum outside the city of Siena to house material from his excavation. He curated an exhibition of artifacts from the site for the Exhibition, “I Principi di Murlo”, sponsored by the Banca del Gottardo, Lugano and dislayed in the Galleria Gottardo, Lugano, June 2006- August 2006.

The site of Murlo has produced one of the earliest monumental buildings uncovered in Italy to date. The complex, situated on top of a hill, in the heart of Tuscany consists of a series of buildings, which date to the seventh and sixth century B.C. The site is best known for its remarkable architectural terracotta roof decorations as well as its wealth of luxury items, associated with the inhabitants. For 49 years the excavation has served as a training ground for young, international scholars of archaeology, Classics and related disciplines, many of whom are currently working in the field. Material from the site has been incorporated in archaeological exhibitions around the world.

Dr. Nielsen has served as president of the American Association of International Colleges and Universities (AAICU), and for six years was a member of the Board of Directors of the Council of Independent Colleges (CIC). Until this year he served as a member of the Board of Directors of the Swiss American Chamber of Commerce, Lugano. While in Switzerland, he was elected as President of Rotary International, (Lugano Lago), the first foreign member elected to the club and its first non – Swiss President. Upon stepping down he was recognized as a Paul Harris Fellow. Dr. Nielsen was elected as a Legate of the “Lega del Chianti”, an organization with an 800 year history, and he is an elected member of the Savile Club, London. In May, 2014 Dr. Nielsen was awarded an Honorary Doctorate from Franklin University for his contributions to higher education and for bringing his institution to university status in Switzerland. He currently serves as a Senior Consultant in Higher Education for the consulting firm, Kaludis Consulting, in Washington DC.