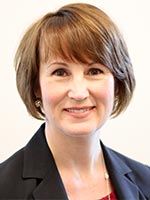 Heather Sharpe is Assistant Professor of Art History at West Chester University; she holds her degrees from California State University, Long Beach, and Indiana University, Bloomington (MA and PhD).  Professor Sharpe’s areas of specialization are Greek and Roman small bronzes, and her publications include “Bronze Statuettes from the Athenian Agora: Evidence for Domestic Cults in Roman Greece” in Hesperia (83, 2014).

Since the 18th century, Greek painted vases have been greatly admired and widely sought after by European connoisseurs such as Sir William Hamilton, whose collection formed the foundation of the British Museum. As with early collectors, many modern viewers are enthralled by their fine craftsmanship and elegant decoration. Yet, it should be emphasized that in antiquity these vases were primarily functional; they served specific utilitarian, social, and religious purposes. Many Greek vases were used in the Greek symposium, or male drinking party, and not surprisingly they often illustrate various activities carried out during the symposium. Banqueters are commonly shown drinking, singing, and engaged in various forms of entertainment, which included a rather intriguing drinking game known as kottabos. The symposium and its sundry activities have been richly described by a handful of Greek and Roman writers, and modern scholars similarly have turned their attention to aspects of the symposium in order to understand its social and political importance in ancient Greek society. While the drinking game of kottabos has been the subject of serious scholarship, there has been hardly any attempt to examine the game on a more practical level. In an effort to appreciate the original functionality of Greek vases, the author and a group of student volunteers experimented with clay and 3D printed replicas of Greek kylix cups to determine their suitability for drinking as well as for playing kottabos. Our experiments proved not only illuminating but also extremely entertaining. Student participants quickly demonstrated their skills and competitive spirit; some reveled in the thrill of victory while others wallowed in the messiness of defeat.

Lissarrague, F. 1990. The Aesthetics of the Greek Banquet: Images of Wine and Ritual, trans. A. Szegedy-Maszak. Princeton.