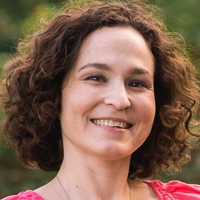 CANCELED - An Ancient Remedy: The Intersection of Archaeology, Folklore, and Health in Ireland

The reuse of archaeological sites by contemporary populations, both today and in the past, is a well-known phenomenon. In Ireland, domestic and monumental sites were reused over the millennia and today many sites that have an archaeological component, such as church grounds, are also important places of daily activity. In this lecture, I’m going to specifically address the reuse or reconceptualization of “ancient” sites as places for healing and the creation of identity—for both Irish people and the tourists who seek them out. In this context, “ancient” refers to both recognized and studied archaeological and historical sites, and places which may or may not have a long history, but are popularly assumed to have been established or used sometime in the distant past.  Among these ancient places are holy wells and rag trees. In the historical era and, in some cases, up until the present, Irish people visited holy wells and accompanying rag trees in search of relief from various ailments. While visiting the well, they would dip a rag in the water and then rub it on an afflicted area of their body. Well visitors would then tie the rag to the branches of a neighboring tree in the belief that as the rag disappeared they would be healed. This practice still exists at many holy wells throughout Ireland, but rag trees have also appeared in other places, both archaeological sites and areas with a perceived “ancient” connection. Have rag trees appeared because people are genuinely seeking out healing places? Or have these trees merged with the fairy trees of Irish folklore for those who seek a connection to an “ancient” landscape and cultural practices?  In order to answer these questions, I will address the roles of archaeology, folklore, and “ancient remedies” in conceptions of health and healing in Ireland.

The experiences of women in Medieval Ireland has increasingly attracted the attention of scholars in myriad fields, including archaeology. In this lecture, I will address recent archaeological findings related to women’s gendered roles in society and compare them to how women are portrayed in Medieval documents.  Medieval law tracts suggest a highly gendered division of labor, with women engaged largely in domestic tasks. However, the laws do note that women could occasionally engage in specific, socially acceptable, jobs that were ordinarily held by men.  Material and skeletal remains, in general, suggest that women and men largely followed these prescribed positions.   However, individual findings shed light on the ways in which women could navigate, embrace, subvert, and be victims of gendered expectations about their role in society. By integrating archaeological findings, historical documents, and theoretical approaches to gender, we gain a clearer picture of Medieval Irish women.