Affiliation: The College of William and Mary 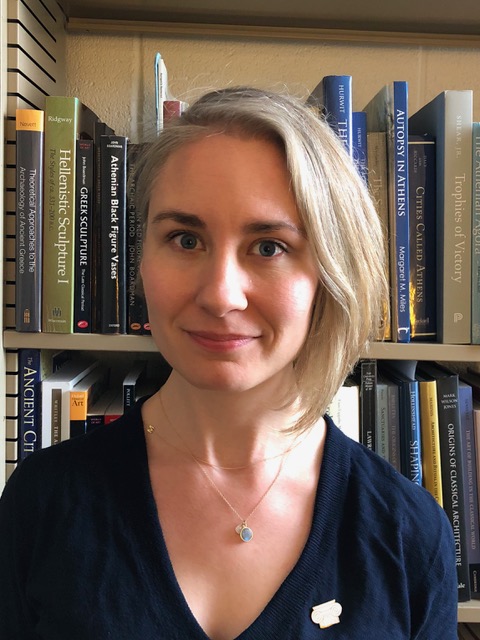 Jessica Paga is Associate Professor of Classical Studies at the College of William & Mary.  She holds her degrees from Princeton University (Ph.D.) and Smith College (A.B.), and her research interests include Greek and Roman art history and archaeology, architectural history, ancient urbanism, Greek epigraphy, and ritual theory.  She has been a Senior Archaeologist and Architecture Specialist with the American Excavations Samothrace team at the Sanctuary of the Great Gods since 2012 and Field Director for the Contrada Mango Project in Sicily since 2016.  Professor Paga’s most recent publication is Building Democracy in Late Archaic Athens (Oxford University Press, 2020).

CANCELED - How to Build Democracy: Architecture and Politics in Late Archaic Athens

In 508/7 B.C.E., after years of stasis and uncertainty, the city of Athens was rocked by a momentous occurrence: the passage of a series of reforms that resulted in the creation of what has come to be known as the world’s first democracy.  Exactly how the Athenians did this is still a fundamental question 2,500 years later.  The reforms transformed the very nature of what it meant to be Athenian and their far-reaching effects would come to leave their mark on nearly every aspect of society, including the structures at which they prayed and in which they debated legislation.

This lecture investigates the built environment of ancient Athens precisely during this time, the Late Archaic period (ca. 514/13 – 480/79 B.C.E.).  It was these decades, filled with transition and disorder, when the Athenians transformed their political system from a tyranny to a democracy.  Concurrent with the socio-political changes, they altered the physical landscape and undertook the monumental articulation of the city and countryside.  Interpreting the nature of the fledgling democracy from a material standpoint, this lecture approaches the questions and problems about the early political system through the lens of buildings.  The lecture draws attention to a pivotal period of Athenian political history through the built environment, thereby exposing the richness of the material record and illustrating how it participated in the creation of a new democratic Athenian identity.

Tucked into the remote side of a towering mountain on the western coast of Sicily sits a sanctuary that has the potential to bring a mysterious civilization to light.  The Elymians were an indigenous group of people living in what is today the Trapani district during the 8th to 2nd c. B.C.E.  One of their principal cities was Segesta, famous for embroiling the Athenians in their misguided Sicilian Expedition.  Today, the site is frequently admired for its stunning theater and well-preserved (but unfinished) temple.  Less well-known is the older, Archaic sanctuary, located on the opposite side of the mountain.  Over the course of two summers, a small research team has documented over 200 blocks of a monumental sanctuary and investigated how it marries Elymian and Greek archaeological components, hinting at a complex relationship between a local population and their new colonizing neighbors, made manifest in shared ritual practice.