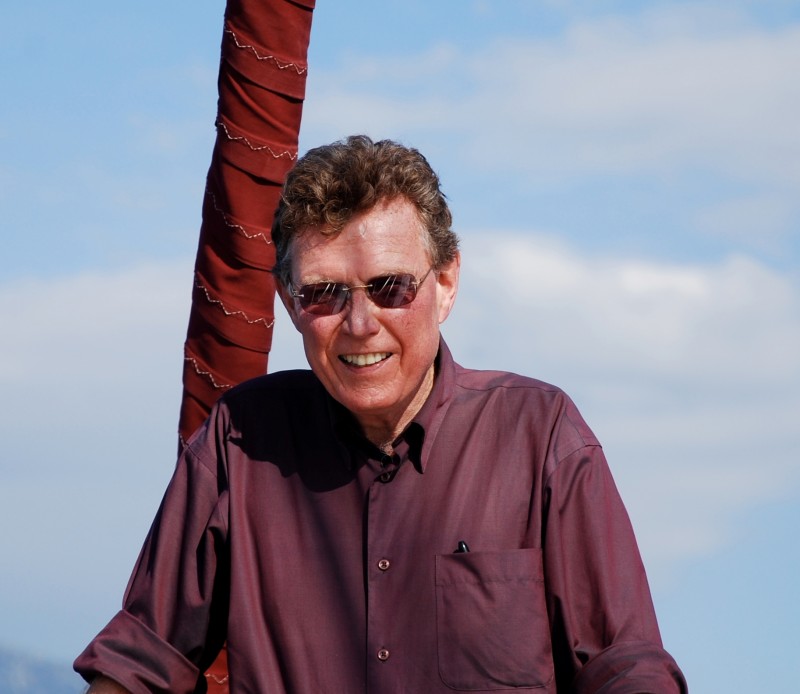 John Dobbins is Emeritus with the University of Virginia at Charlottesville, and holds his degrees from the University of Michigan (Ph.D.), Boston University, and College of the Holy Cross.  He specializes in ancient Roman art and archaeology, and since 1994 has been the Director of the Pompeii Forum Project, having also worked at Morgantina in Sicily and at La Befa.  Professor Dobbins is a past Joukowsky Lecturer for the AIA.

Pompeii in the 21st Century

Who Did It? A CSI Case at Pompeii

The Alexander Mosaic from the House of the Faun at Pompeii is perhaps the most famous mosaic that has survived from antiquity.  In its present location in the National Museum in Naples it is mounted on a wall, well lighted, and easy to see.  This lecture addresses the ancient viewing conditions that existed in the House of the Faun.  The mosaic was located in an impressive space, the Alexander exedra, that was framed by Corinthian pilasters and screened by two Corinthian columns on pedestals.  We begin with two fundamental questions: (1) How visible was the Alexander exedra? ; (2) How well could a person see the mosaic?  This second question is crucial.  The pavement is famous for its detail.  Surely looking at the mosaic and seeing the detail was part of the desired effect, part of the discovery, and part of the pleasure.  In order to recognize that the mosaic is a tour de force of craftsmanship a viewer needed to see it.

The current condition of the House of the Faun does not permit us to address the two questions just asked.  Enter advanced technology!  Working with the speaker on these issues is Ethan Gruber who made a 3D model of the house that included a lighting package set for the year 100 BCE, the generally accepted approximate date for the mosaic.  The model reveals that the columns of the first peristyle almost completely obscured the features of the Alexander exedra.  This is anomalous because in Roman architecture important spaces are typically announced in clear and prominent ways.  Regarding lighting, the model reveals that the high sun at the summer solstice could not have penetrated the portico and would not have entered the exedra.  The low sun at the winter solstice was no better.  Bright light entered the exedra and illuminated the Alexander Mosaic, but four columns of the peristyle and two of the exedra cast six long dark shadows across the mosaic.  The resulting intense chiaroscuro renders the mosaic nearly illegible.

The remainder of the presentation solves this double conundrum, but this abstract does not want to reveal those details!

The House of the Faun,” in F. Contreras, et al. eds., Fusion of Cultures.  Proceedings of the 38th Annual Conference on Computer Applications and Quantitative Methods in Archaeology, Granada, Spain, April 2010 (Archaeopress, Oxford, 2013) 77-84.

Marco Merola, “Alexander, Piece by Piece,” Archaeology 59:1 January/February 2006 discusses the copy of the Alexander Mosaic that was installed in the House of the Faun.

Who commissioned the small Sanctuary of Augustus on the east side of the forum in Pompeii?  No crime was committed, but in this lecture the methods of crime scene investigators are self-consciously employed to address this mystery.  The dedicatory inscription that once accompanied the sanctuary has not survived.  Therefore, no definitive answer can be given.  That condition, however, should not prevent us from investigating this cold case.  A key piece of evidence is the well-preserved sculptured altar still standing within the sanctuary.  Critical clues are hidden in plain sight on the altar.  This presentation investigates the issue of who had the motivation, the means and the opportunity to build the sanctuary, and it concludes by identifying the likely suspect.  Along the way we deal with related themes: the donation of public buildings by private citizens (acts of generosity and self promotion); architecture; various Pompeian personalities; and Roman ritual.

Antioch-on-the-Orontes was the capital of the Roman province of Syria and one of the most important cities in antiquity.  Among the treasures discovered by the 1930s excavations at Antioch and its vicinity are numerous polychrome floor mosaics.  This presentation focuses on reconstructing the original setting of the mosaics from the third-century CE House of the Drinking Contest at Seleucia Pieria, the port city of Antioch.  Mosaics from the house now are located in Boston, Princeton, Richmond, Denver, St. Petersburg (FL), and Antakya (site of Antioch in Turkey).

The separation of the mosaics has severed them from their original site and from each other.  Not even the original excavators saw the mosaics in their ancient context because the roofs of the house were gone as were the walls that supported the roofs and created windows, doors, and a courtyard that admitted light into the house.  Excavation photographs present the mosaics in place, but the lighting conditions were not those of ancient Antioch.  The ancient occupants saw light enter over walls, through windows, and between columns as it moved across pavements during the course of the day and the arc of the year.  Neither excavation photographs nor museum environments recreate that ancient context.

We start by examining the mosaics themselves.  This takes some time.  Then computer science addresses the problem of the lost architectural and lighting contexts through a 3D model created by Ethan Gruber that recreates the house and inserts the mosaics into the spaces that originally contained them.  A programming script calibrates the sunlight to the latitude and longitude of Seleucia Pieria and is set to the year 230 thus enabling an accurate lighting simulation for the house and its mosaics.  The computer model presents a graphic rendering of the hypotheses underpinning the architectural reconstruction.  Lighting simulations present the lighting conditions at the summer and winter solstices of the year 230.  Time-lapse videos allow the viewer to observe and study the movement of light throughout the house on those days.  Finally, the model places the viewer within the ancient spaces, thereby reconstructing and recontextualizing view corridors within the house and from the house to the natural environment.

See John Dobbins's work in the American Journal of Archaeology.