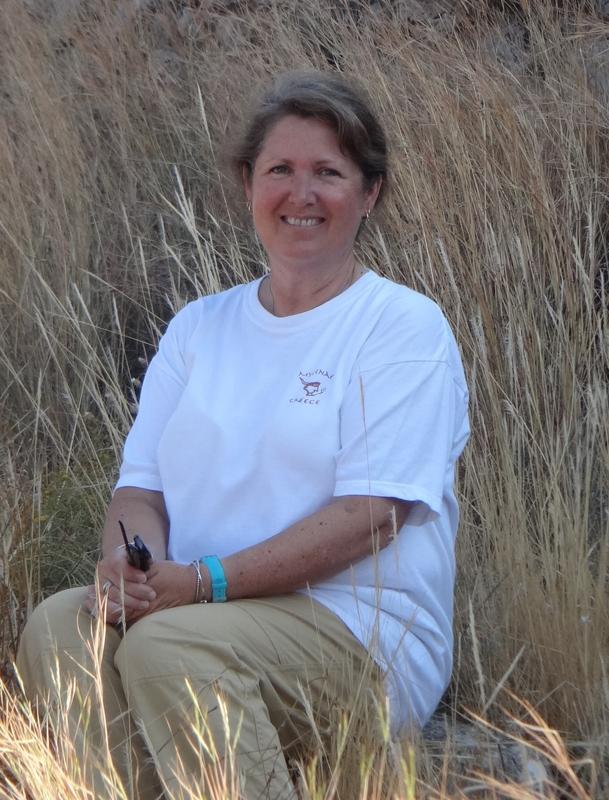 Kim Shelton is the Director of the Nemea Center for Classical Archaeology in the Department of Classics, University of California, Berkeley. She is responsible for the present/future excavation and research program at the Pan-Hellenic Sanctuary of Zeus at Nemea. Kim previously taught for the University of Texas Classics department (2002-2005) and for nine years before that she was in a research position at the archaeological site of Mycenae, Greece. Her Ph.D. in Classical Archaeology is from the University of Pennsylvania. Kim works on Aegean Bronze Age archaeology in general and Mycenaean pottery more specifically. She is working on a number of projects stemming from her work at Mycenae including the publication of Tsountas House, the earliest part of the Cult Centre and of Petsas House, a ceramic warehouse and domestic complex in the settlement currently under excavation.  Professor Shelton was an AIA Joukowsky Lecturer for 2016/2017.

This elaborately illustrated lecture will present the results of eleven seasons of excavation by the Archaeological Society of Athens at ‘Petsas House’ in the settlement of the famous Bronze Age palatial center at Mycenae. A look into a complex structure of the 14th century BCE reveals domestic and workshop use together with an expanding role in the socio-political life of the palace. Pottery, as the primary artifact type, is examined within its production, storage, and distribution contexts. A well, excavated within the building complex, provides evidence for the life of the building, for its violent destruction, and for human agency in a post-destruction reclamation phase. The excavator will present material produced in this workshop alongside a picture of life in the building together with evidence for a relationship to the palace through fragments of Linear B tablets and of contact with the greater Mycenaean and Mediterranean world during the 14th c. BCE.

E.B.French, Agamemnon’s Capital: Mycenae the site and its setting. Tempus, 2002.

This lecture will present the Sanctuary of Zeus at Nemea and the history of the panhellenic festival and games celebrated there from the 6th to the 2nd centuries BCE. Life on the site began much earlier with habitation during the prehistoric period. This evidence will be discussed along with the possibility of continuity of cult to the establishment of a hero shrine and the establishment of the panhellenic sanctuary in the 6th century BCE. The festival and games, best known from the 4th century BCE, will be discussed in detail as will also the unique features and structures of Nemea discovered through excavation by the University of California at Berkeley, especially the initial results of the renewed research on the site during the 2010-2012 seasons under the direction of the speaker.

S. Miller, Nemea, a guide to the archaeological site and museum.

K. Shelton, “Nemea before Zeus: the prehistory and early history in the area of the sanctuary” in The Corinthia and the Northeast Peloponnese. Topography and History from Prehistoric Times until the End of Antiquity. Proceedings of the International Conference. German Archaeological Institute (2013) 345-349.

This elaborately illustrated lecture will present the preliminary results of the current (2015-2019, 2021) excavations of the TAPHOS project (Tombs of Aidonia Preservation, Heritage, exploration Synergasia) at the Late Bronze Age cemetery of Aidonia in the southern Corinthia, Greece. The Mycenaean cemetery of Aidonia, discovered through looting followed by excavation in the 1970s and 1980s, consists of multi-burial chamber tombs with material dating from the early 15th to late 13th centuries BCE. The tombs are remarkable for the high quality of construction and for the precious and numerous contents of the burials, including the so-called “Aidonia Treasure,” a group of objects that appeared illegally on the antiquities market during the 1990s.

This cooperative effort between the Corinthian Ephorate of Antiquities and the Nemea Center for Classical Archaeology (UC Berkeley), a recipient of the AIA Site Preservation Award, was initiated in 2014 due to the resumption and intensification of looting over the last few years. A pilot survey and mapping of the Aidonia hillside, revealed not just one, but three distinct cemeteries, and more than 30 examples of illicit activity. Recent excavation in all three cemeteries is presented here with undisturbed evidence of warrior graves and a variety of mortuary traditions that indicates a changing relationship to the ancestors, together with the destruction to tombs and remains from later site use and looting.

L. Kvapil and K. Shelton. “Among the Ancestors at Aidonia,” in MNEME. Past and Memory in the Aegean Bronze Age.Proceedings of the 17th International Aegean Conference, University of Udine, Department of Humanities and Cultural Heritage, Ca’ Foscari University of Venice, Department of Humanities, 17-21 April 2018. eds. E. Borgna, I. Caloi, F.M. Carinci, and R. Laffineur. Aegaeum 43, (2019) 293-300.

The Late Bronze Age Cult Center of Mycenae has been a subject of scholarly discussion since its excavation from 1950 through the 1960s and early 1970s by the British School at Athens and the Greek Archaeological Society. Although the Cult Center is a foundation for our understanding of Mycenaean religious architecture and ritual, especially within a “palatial” context, the bulk of the material is only now being published and fully understood. Based on the forthcoming final publication of the British Excavation, I present a history of the Tsountas House Shrine, the earliest known structure of its kind at Mycenae, and its unique and fascinating finds. The study of the chronological evidence, as well as the signs of religious ritual, enables me to examine the possible origin of the Cult Center and the course of its evolution through multiple phases of construction, use and destruction. Of particular interest is the recognition that several religious structures existed for a significant period of time prior to the inclusion of the area within the palatial citadel, which indicates a more generally accessible “popular” cult. Later, a shift in use can be observed through changes in design, approach and with the incorporation of the Center within the sphere of palatial control. Also of interest are the elements of ritual and votive artifacts that indicate the early development of Greek religion

K. Wardle. “Reshaping the past: Where was the “Cult Centre” at Mycenae?,” in Mycenaeans up to date: the archaeology of the NE Peloponnese – current concepts and new directions. eds. A-L. Schallin and I. Tournavitou. Athens, 10-14 November. Acta Instituti Atheniensis Regni Sueciae, 4.56 (2015) 577-596.

See Kim Shelton's work in the American Journal of Archaeology.