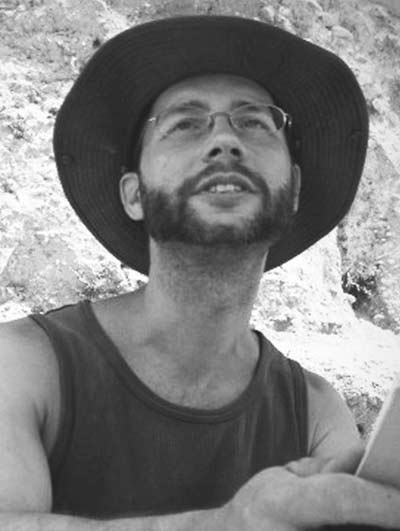 Dr. Kristian Lorenzo is currently with the Meadows School, was previous at Hollins University, and holds his degrees from the University of Wisconsin, Madison (Ph.D.) and the State University of New York at Buffalo. His areas of specialization are Classical archaeology and material culture, languages and literature, and Ancient Near Eastern culture.  His recent publications include “East defeats West: Naval warfare and cross-cultural adaptation in Classical Cyprus” in PoCA (Postgraduate Cypriot Archaeology) 2012 (Cambridge Scholars Publishing, 2015) and “Triremes on land: First-fruits for the Battle of Salamis.” in Autopsy in Athens. Recent Archaeological Research on Athens and Attica (Oxbow Books, 2015).

Rams in Space: the Ambracian Gulf as a Landscape of Symbols

In Greece, Octavian celebrated his victory at the Battle of Actium in 31 BC by founding a complex of four naval victory monuments: the campsite memorial; city of Nicopolis; Actian neorion; and Temple of Actian Apollo. Earlier scholars have mostly discussed each monument in isolation from the others or focused on one, while treating the others in a cursory fashion. Such an approach neither fully appreciates the inherently sacred natures of these monuments nor takes into account their transformative effects on the geography of the Ambracian Gulf. In this paper, based on the archaeological, iconographic, and literary evidence I argue that Octavian consciously created a sacred landscape of naval victory on this gulf. He achieved this through the construction of an interconnected complex of intrinsically sacred tropaia. Both synchronic and diachronic in nature, this landscape relied on visual interconnections, shared symbolism, and the fusion of bi-cultural patterns of commemoration. Whether a newly created sacred setting (campsite memorial) or a brand new living place (Nicopolis), these monuments were key centers of the religious activities most closely tied with the solidification of Octavian’s Mediterranean-wide supremacy, while producing cumulative effects on the natural environment.

Murray, W. M. 1991. “The Provenience and Date: the evidence of the symbols.” In The Athlit ram, The Nautical archaeology series, no. 3, edited by L. Casson, and J. R. Steffy, 51-66. College Station: Published with the cooperation of the Institute of Nautical Archaeology by Texas A&M University Press.

Reitz–Josse, B. 2016. “Land at Peace and Sea at War: Landscape and the Memory of Actium in Greek Epigrams and Propertius’Elegies.” In Valuing Landscape in Classical Antiquity, edited by J. McInerney and I. Sluiter, 276-296. Brill: Leiden.