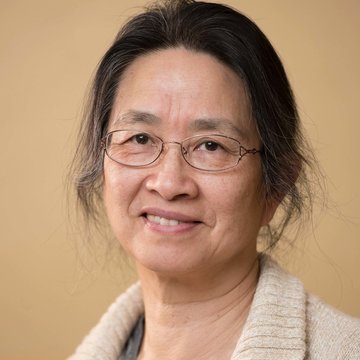 Li Liu is a Sir Robert Ho Tung Professor in Chinese Archeology at Stanford University. Previously she taught archaeology at La Trobe University in Melbourne, Australia, for 14 years and was elected as Fellow of Academy of Humanities in Australia. She has a BA in History (Archaeology Major) from Northwest University in China, an MA in Anthropology from Temple University in Philadelphia, and a PhD in Anthropology from Harvard University. Her research interests include archaeology of early China (Neolithic and Bronze Age), ritual practice in ancient China, cultural interaction between China and other parts of the Old World, domestication of plants and animals in China, development of complex societies and state formation, settlement archaeology, and urbanism.

The origin and initial dispersal of Sino-Tibetan populations in archaeology

Sino-Tibetan is one of the largest language families in the world. Recent studies in comparative-historical linguistics and genetics suggest that Sino-Tibetan originated in the Yellow River valley, north China, around 8000-7200 BP, corresponding to the Neolithic Yangshao culture populations and their forebears. The divergence of Sino-Tibetan languages commenced around 5900 years ago, coinciding with Yangshao culture’s westward and southwestward expansion to the Tibetan Plateau during the sixth millennium BP. The Yangshao culture (ca. 7000-5000 BP) are characterized by four material components: centripetal settlement layout with a central plaza, large public buildings, highly developed painted pottery, and use of amphorae for brewing and drinking alcoholic beverages. These cultural elements were interrelated, together facilitating communal ritual feasts. Such activities may have helped to constitute various social relations through the means of producing, processing, and sharing foods, suggesting a practice that emphasized collaborations and connections among related groups when the proto Sino-Tibetan populations expanded to new territories during a period of climatic fluctuations.