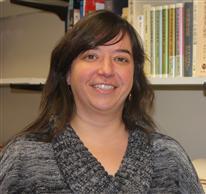 Michelle Damian is Assistant Professor of History at Monmouth College, and holds her degrees from University of Southern California (Ph.D.), East Carolina University, the George Washington University, and University of California at Berkeley.  Her research interests include the maritime trade networks of medieval Japan, and forthcoming publications include entries on “Japan: 1450-1770”, “Salt Production”, and “Kaisen”, in The Sea in World History: Exploration, Travel, and Trade (ABC-CLIO Press).

This study demonstrates that despite the political upheaval of Japan’s late medieval period (15th – 16th c), trade connections within the Inland Sea region actually flourished, resulting in the beginnings of a regional commodities market. Until now, it has been difficult to track maritime practices in this era due to the lack of written records of medieval seafaring. Using geospatial analysis of extant documentary and archaeological evidence, however, it becomes possible to discern the flow of certain commercial goods within the Seto Inland Sea region. Through this analysis it becomes apparent that smaller ports largely unrecorded in written documents were often critical transshipment hubs, facilitating trade in the region. Furthermore, geospatial analysis allows tracking of ship captains’ voyages, providing insight into medieval seafaring practices and proving the existence of complex individual and institutional maritime networks.

Maritime trade and transport flourished during Japan’s early modern (Edo, 1603 – 1868) period, connecting the urban centers of Osaka and Edo with the farthest reaches of Hokkaido and Kyushu. The omnipresent nature and variety of styles of boats, from local ferries, to fishing vessels, to large trade ships are recorded diligently in hundreds of woodblock prints by numerous different artists. Careful analysis of the construction styles and contexts of these vessels in the prints, in conjunction with contemporary ships’ treatises, extant artifacts in museum collections, and ethnographic research suggests that shipwrights strove to create visually striking watercraft that were adapted to the waters they plied. This lecture will highlight some of the distinctive features of Japanese ship construction and explore the role that different vessels play in the early modern maritime cultural landscape.