Affiliation: University of the Highlands and Islands Archaeology Institute 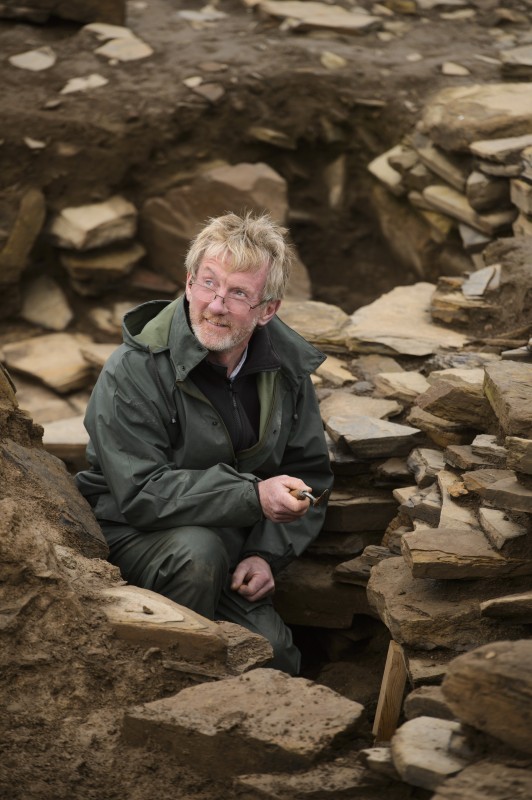 Nick Card is an Honorary Research Fellow of the University of the Highlands and Islands, a Member of the Chartered Institute for Archaeologists, a Fellow of the Society of Antiquarians of Scotland, a Member of Heart of Neolithic Orkney World Heritage Site Research Committee, Chair of the Ness of Brodgar Trust and Vice president of the American Friends of the Ness of Brodgar.

Since the inscription of Orkney’s World Heritage Site (WHS) the Heart of Neolithic Orkney, he has been involved in research and fieldwork relating to the sites: as director of the excavations at Bookan Chambered Tomb; as co-ordinator of the WHS geophysics programme; and as a major contributor to the Research Agenda. His interests lie in all aspects of the prehistory of Britain and the Highlands and Islands with particular reference to the Neolithic. He has also co- directed the major excavations at the extensive Bronze Age cemetery of the Knowes of Trotty and the Iron Age complex at Mine Howe, both of which are nearing publication.

Since 2004 Nick has directed the Ness of Brodgar excavations in the very heart of the WHS. This project has evolved from several seasons of small-scale test trenches and evaluations to large scale excavation that has become internationally recognised and reported widely in both the popular and academic press including the cover article in National Geographic August 2014.

Nick has lectured widely in the UK and abroad at all levels on the Ness excavations, the WHS and Orcadian archaeology in general. Since 2010 he has also undertaken four mini-lecture tours of the USA speaking by invitation to a number of institutions including the Smithsonian, Harvard Clubs of DC and NY, the Sorbonne, the British Museum, the Australian Museum, the AIA in Salem, Oregon, the George Bush Memorial Library in Texas, and the Explorers Club in DC.  He is an AIA Kress Lecturer for 2016/2017.