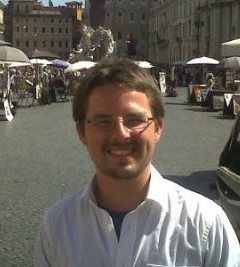 Dr. Paul M. Miller holds his degrees from the University of Arizona and the University of Edinburgh (M.Sc.. in Mediterranean Archaeology, and Ph.D. in Archaeology), and his research focuses on the development of residential Etruscan architecture between the Iron Age and the Archaic period; other specializations include the architecture of central Italy, environment-behavior relations and behavioral archaeology, chaîne opératoire, and building techniques and technology.  Dr. Miller is the current president of the AIA Denver Society.

Dissemination or synoecism? Archaeological perspectives on the socio-cultural transformation of Etruria from 900-580 BC

The evidence for societal changes in Etruria from 900580 BC is archaeologically prominent and it is clear that many aspects of Etruscan life changed significantly over the course of a few generations. For decades, archaeologists and etruscologists emphasized this significant transition in society by comparing the relatively austere and egalitarian cultural materials and structures of the Early Iron Age (900720 BC) Villanovan culture with those of the Etruscan culture from the Orientalising period (720580 BC). As the name ‘Orientalizing’ suggests, much has been made of the seemingly foreign and élite nature of Orientalizing period materials and structures. At face value, the society and cultures of the Early Iron Age appear to be in stark opposition to the lavish grave goods and monumental tombs that underscore the popular perceptions of the Etruscan culture. However, over the last twenty years, scholars have recognised that evidence for societal changes in the Orientalizing period may in fact have their root in the Early Iron Age. As a result, there is some debate over the broader stimuli for societal changes, primarily resulting from how the evidence is compiled and presented. This lecture will highlight whether it is possible to reconcile the old interpretations for societal changes with the new evidence.