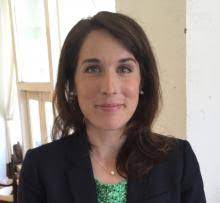 Royal Purple and Indigo: The Hidden Labor Behind Luxurious Dyes

Royal Purple and Indigo: the Hidden Labor Behind Luxurious Dyes

Royal Purple and Indigo: The Hidden Labor Behind Luxurious Dyes

Perhaps no other color in history has been so celebrated and so reviled as the color purple. Although it has come to be known as the shade of royalty, the workers who labored to make the mucus-based dye in the Roman Mediterranean were often viewed as lowly and as smelly as the mollusks the harvested. During the later Roman empire, these workers were even subject to state control within a caste-like system that made their jobs hereditary. If we look to the history of another purplish hue, indigo, we see a similar regulation of the labor force — and the very bodies — of those enslaved workers used to produce it in the Antebellum South. From diamonds to coal to Tyrian purple to indigo, the workers who create luxury goods often do not enjoy the same status as their products. This lecture looks at the archaeological and literary evidence for these often-invisible workers in order to reconstruct the lives of ancient dye workers, while also reminding us of the enslaved labor that continues to create the products we use or the buildings we admire even today.

Sarah E. Bond, “The Hidden Labor Behind the Luxurious Colors of Purple and Indigo” Hyperallergic (October 24, 2017).

Can archaeology be political? Can it be used for nefarious purposes? This lecture explores how the remains of antiquity were use to service the political objectives of the present. The ties between archaeology and nationalism were particularly strong within the National Socialist regime in Germany from 1933-1945 as well as in the National Fascist Party’s rule in Italy from 1922 to 1943. Both Hitler and Benito Mussolini saw archaeological sites, material culture, and archaeologists themselves as a physical means to legitimize, justify, and communicate their own power––and their own mythic narrative. In 1935, the head of the SS and Gestapo, Heinrich Himmler, founded a branch of the SS called the Ahnenerbe in order to use archaeological research and excavation to uncover the connections between modern Germans and ancient Aryans. Meanwhile in Rome, Mussolini was often on site for photo-ops in order to strike the first blow of the pick before Italian archaeologists demolished modern or medieval remains in the Roman Forum or elsewhere in the Eternal City in order to recover the ancient Roman city made into marble by Rome’s first princeps, Augustus. From the use the torch relay to connect Berlin with the site of ancient Olympia in 1936 to the rebuilding of the Ara Pacis in Rome, archaeology was a cornerstone of both Nazi and Fascist propaganda programs. The question is: how do we keep this exploitation of the past from happening again?

Sarah E. Bond, “The Political Uses of a Figure of Male Beauty from Antiquity,” Hyperallergic (June 27, 2018).

Andrew P. McFeaters, “The Past Is How We Present It: Nationalism and Archaeology in Italy from Unification to WWII,” Nebraska Anthropologist 33 (2007): 49-62.