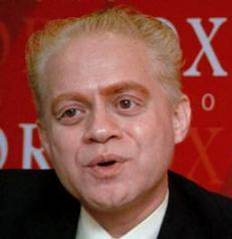 Dr. Sethuraman Suresh was born in Mumbai (Bombay) and educated in Delhi, Chennai (Madras), Mysore and London. He holds a Master’s degree in Archaeology from the University of Madras. Throughout school and college he was at the top of his class, and was first ranked at the Master’s level. He obtained a PhD. in Classical Archaeology from the Jawaharlal Nehru University, New Delhi and another PhD in Medieval Indian Art from the University of Mysore, Mysore. He also holds a Diploma in Rail Transport and Management (Ministry of Railways, Government of India) and a Certificate in Historic Preservation (National Trust for Historic Preservation, U.S.)

He has been the recipient of several prestigious prizes, awards and fellowships including the Junior Research Fellowship of the Institute of Archaeology of the Archaeological Survey of India, Junior Research Fellowship of the University Grants Commission (India), Post-Doctoral Fellowship, Study Grant and Foreign Travel Grant of the Indian Council of Historical Research, Fellowship of the India-Sri Lanka Foundation, New Delhi, Travel Grant of INLAKS Foundation, London, Nehru Visiting Fellowship and Small Study and Research Grant of the Nehru Trust for the Indian Collections at the Victoria and Albert Museum, London, the Rotary Group Study Exchange Fellowship (U.S.) and the Fulbright Senior Research Fellowship (U.S.). As a Fulbright Scholar, he lectured at many American Universities including Harvard. He was awarded the INTACH-SATTE Award (2011) for his innovations in heritage tour designing and tour-guiding and the P.L. Gupta Memorial Medal of the South Indian Numismatic Society (2012) for his researches on the Roman coins found in India.

Dr. Suresh has toured most parts of India, Sri Lanka, Singapore, Cambodia, Malaysia, Uganda, the U.K., France, Germany and the U.S. on official and research work. He has been a member of the Executive Committee of the United Nations Youth Organization (Tamil Nadu Chapter) and the South Indian History Congress. He is the Secretary of the Rotary Foundation Alumni Association (RFAA) of Rotary District 3230 (Tamil Nadu, India).

He has published research articles in well-known international academic journals. He has also authored museum catalogues, school textbooks, teacher’s guidebooks, historical novels and travelogues for children. Most of his books have been published by the Oxford University Press. He writes a regular column for the ‘Times Property’ Supplement of The Times of India.

He was earlier a Research Fellow at the Indira Gandhi National Centre for the Arts, New Delhi, and the French Institute of Pondicherry (India). He is currently Tamil Nadu State Convener, Indian National Trust for Art and Cultural Heritage (INTACH), Chennai, and Consultant, TVS Educational Society and Academic Director, Bharat Travel Services, Chennai. He is most well-known for curating art and numismatics exhibitions for museums and Art Galleries. He has done such exhibitions for the government Museum, Chennai (1992, 2010-11), Kalaimagal Kalvi Nilayam Museum, Erode (1993, 2010, 2012) and the Italian Embassy Cultural Centre, New Delhi (2008, 2011). Based on his research, he has also designed and conducted educational tours (to different historical places/archaeological sites in India and Sri Lanka) for museums, schools, colleges and the general public. He has done such educational travel programs for the United States Educational Foundation in India (USEFI), at Davidson College, and Earlham College.