Journey Down the Ganges 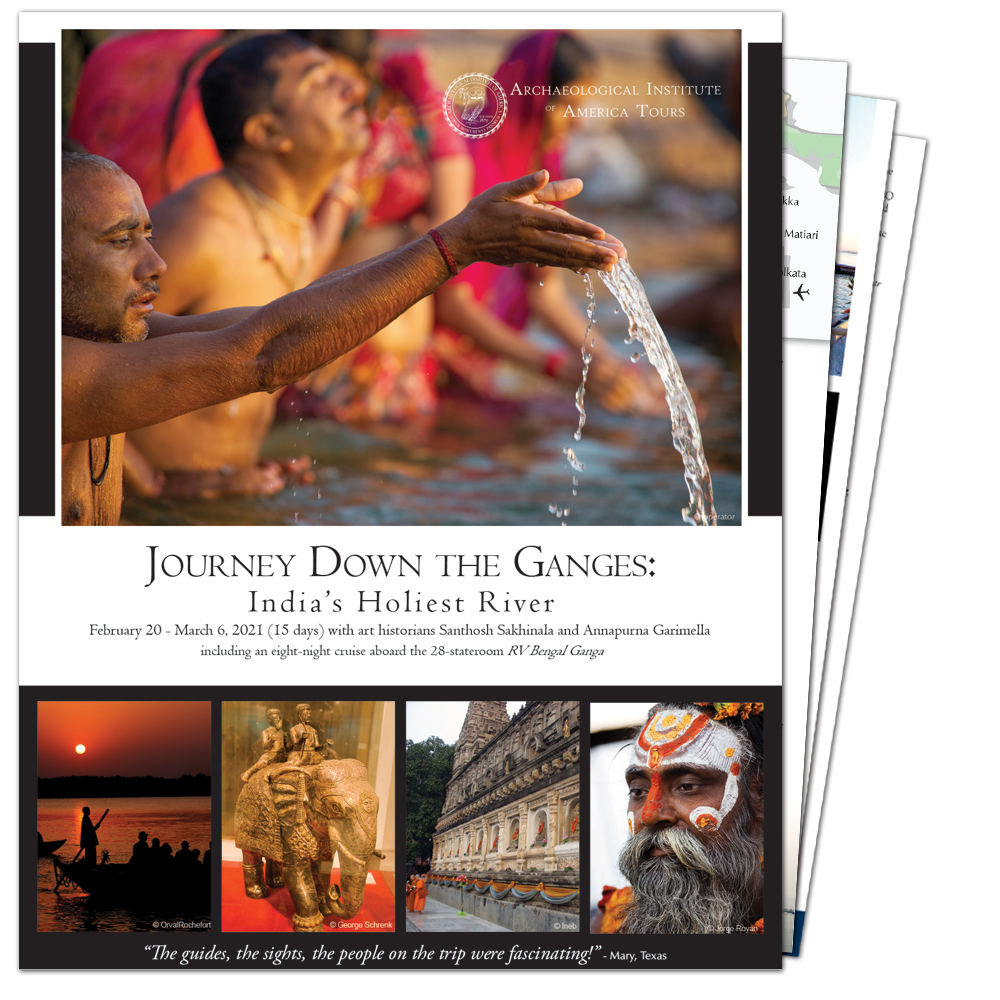 This tour has been cancelled and is in the planning stages for 2022. To be notified when the tour becomes available contact us at 800-748-6262 or aia@studytours.org.

Enjoy the most relaxing, in-depth means of discovering life along the Ganges, the holiest river in India. Begin your adventure with five hotel nights and time to explore Delhi as well as the fascinating holy sites of Varanasi, Sarnath, and Bodhgaya, plus the ancient learning center of Nalanda Mahavihara. Then you will embark the R.V. Bengal Ganga, a classic riverboat with only 28 suites, for an eight-night cruise 800 miles down the Ganges River. Relax on a comfy lounge chair right outside your cabin or on the top deck. View and photograph a panoply of everyday village and town life, as well as freshwater dolphins, water buffalo, and exotic birds. Take daily excursions that reveal a variety of ancient, medieval, and modern sites, several of which are UNESCO World Heritage sites. Through it all, learn about the extraordinary cultural diversity and history of India, spanning millennia, as you visit famous Buddhist sites, Hindu temples, Mughal mosques, fortresses, palaces, and much more.

Save yourself an air ticket and $750 per person by combining your “Journey Down the Ganges River” with an earlier exploration of Northern & Central India.

Single room supplement will be charged when requested or required (limited availability). With fewer than 10 participants a small group surcharge may be added.