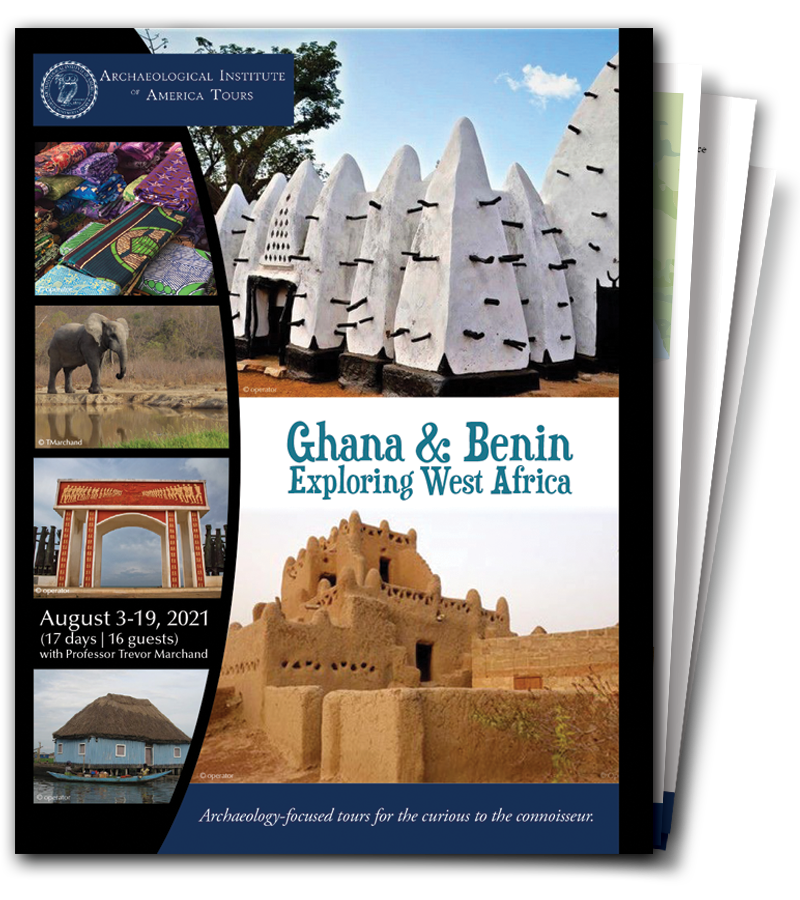 This tour is currently in the planning stages for the 2021 departure. To be notified first when it is complete, please call 800-748-6262 or email aia@studytours.org.

Join AIA Tours and professor Trevor Marchand as we learn about the effects of the former Atlantic slave trade on West Africa and the resilience of the people, towns, and cultures forever changed by it. Explore the dramatic landscapes that helped shape the different tribes and kingdoms of West Africa, from the rugged coastline of Ghana and Benin to the southern forests of Ghana. Discover the architecture of towns, monuments, and mosques in Sahelian, traditional Sudanese mud-brick, and Portuguese Baroque styles. Ghana and Benin are rich in culture and history, and their people are warm and enthusiastic about sharing their histories, cultures, and traditions.

This tour is currently in the planning stages for the 2021 departure. To be notified first when it is complete before others, please call 800-748-6262 or email aia@studytours.org.