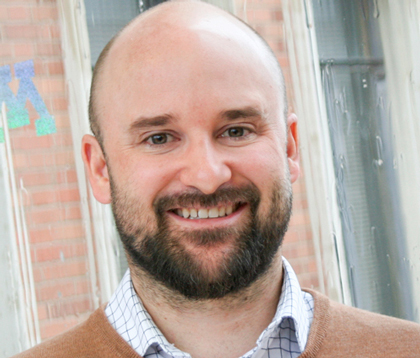 Matthew P. Canepa (PhD, University of Chicago) is Professor of Art History at the University of Minnesota. As an historian of art, archaeology, and religions, he is intrigued by topics of cross-cultural interaction in pre-modern visual cultures, and his research tends to focus on the intersection of art, ritual, and power in the ancient eastern Mediterranean and wider Iranian worlds. Dr. Canepa’s recent books include Theorizing Cross-Cultural Interaction (Smithsonian, 2010), which studies the phenomena of cross-cultural interaction between the ancient to early medieval Mediterranean, Western Asia, and China; and The Two Eyes of the Earth: Art and Ritual of Kingship between Rome and Sasanian Iran (Berkeley, 2009 [2010]), which was awarded the 2010 James Henry Breasted Prize from the American Historical Association for best book in any field of history prior to 1000 CE. The Two Eyes of the Earth was also the recipient of the AIA’s 2008 Publications Subvention Grant. In addition, Dr. Canepa has published in the AIA’s American Journal of Archaeology.

Dr. Canepa has traveled previously in Central Asia, including having led a study tour in Uzbekistan, Karakalpakstan, and Tajikistan. His forthcoming book, The Iranian Expanse: Transforming Royal Identity through Architecture, Landscape, and the Built Environment, 650 BCE–642 CE (U.C. Press, 2018), focuses on many of the sites and collections we will visit, such as Parthian Nisa in Turkmenistan. On our AIA tour he will address such themes as the role of the Sogdians in Eurasian exchange, the development of Zoroastrian religion, and the legacy of Persianate culture in the empires of the Mongols, Timurids, and the Uzbek khanates.

Professor of Art History at the University of Minnesota.