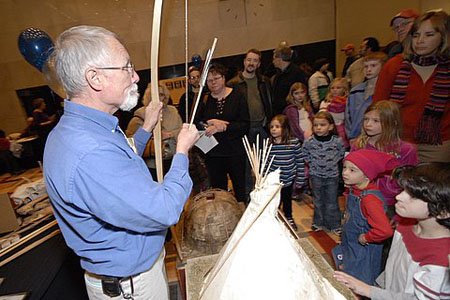 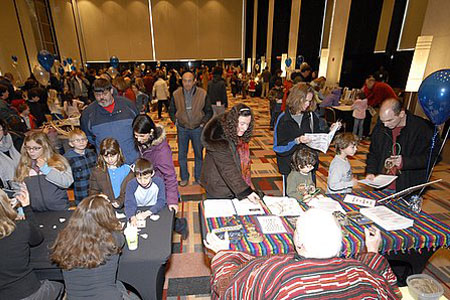 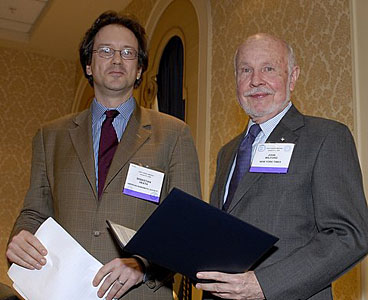 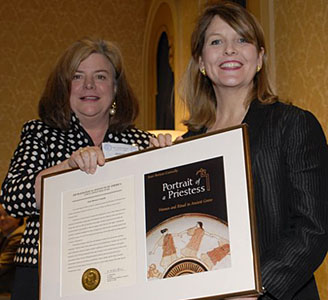 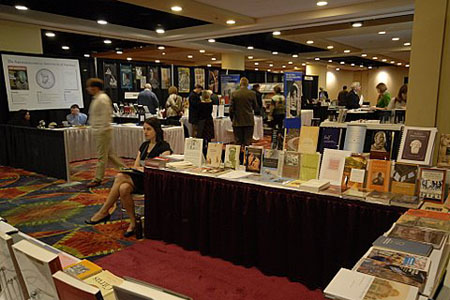 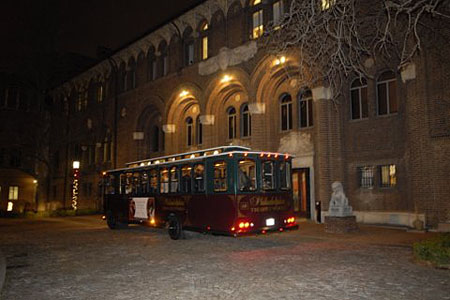 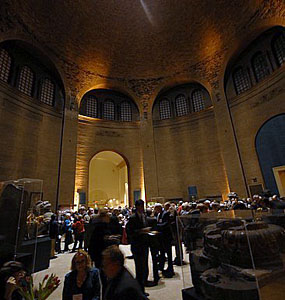 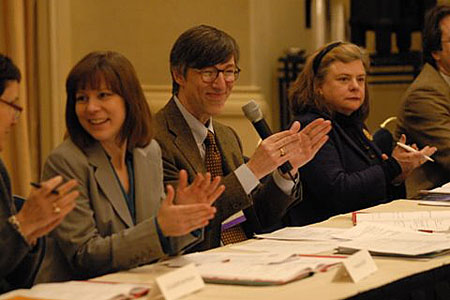 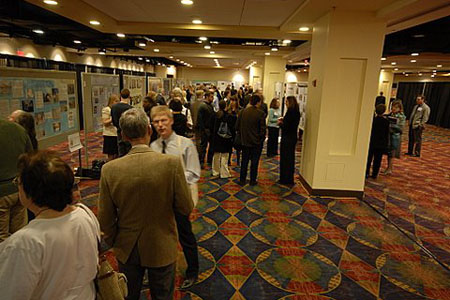 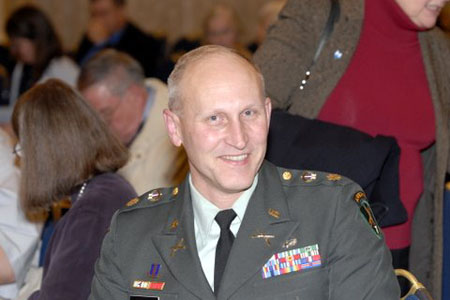 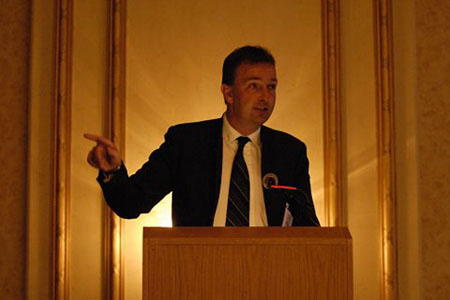 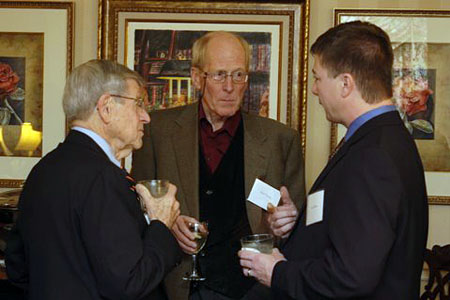 The Exhibit Hall offered books on archaeology and the classics, as well as archaeological gear.

The 2009 AIA and APA Joint Annual Meeting exceeded attendance expectations on every level! We welcomed more than 2,800 attendees to the Philadelphia Downtown Marriott making it the second largest in overall attendance after the Chicago in 2008. Throughout the meeting, the bustling exhibit hall offered for sale hundreds of archaeology and classics books. Vendors who offered excavation equipment were well received and we plan to invite more to next year’s meeting. The Poster Sessions and Roundtables were also well-attended.

The world-renowned University of Pennsylvania Museum of Archaeology and Anthropology was the ideal location to host the Opening Night Reception. The museum’s Chinese Rotunda overflowed with attendees who socialized, enjoyed cocktails and hors d’oeuvres, and wandered through the exhibits at their leisure. A third of the meeting’s attendees took part in the event, making it our largest reception on record. The popularity of the reception has led us to consider holding future Opening Night Receptions at offsite locations.

Large attendance numbers were not limited to the academic program. More than 1,700 children, families, teachers, home-school educators, meeting attendees, and others came to the 9th Annual Archaeology Festival, which was held in the Millennium Ballroom of the Loews Philadelphia Downtown Hotel. Thank you to all the presenters and volunteers who graciously gave their time to help us in our efforts to educate the public (especially children) about archaeology.

Another highlight was AIA President C. Brian Rose’s Presidential Plenary Session entitled “Cultural Property and Armed Conflict.” Rose welcomed U.S. Brigadier General Mark S. Hendrix, a member of the Army Reserve and a cultural property preservation attorney, and Karl von Habsburg, former member of European Parliament and current President of the Association of the International Committee of the Blue Shield. They shared their insight into the protection of cultural property in the event of armed conflict.

One of the improvements to our program was the introduction of a later deadline for paper submission which allowed presenters to report on their most recent discoveries from summer fieldwork in 2008. The change to the submission deadline was well received and many praised the overall improvement to the academic program. Spreading the 60 academic sessions over three session blocks allowed attendees to see more presentations. As a result, many rooms were not large enough to hold the crowds who attended the sessions. We hope to have larger rooms at the next meeting to accommodate the increased attendance due to these changes.

We look forward to hearing your feedback in the attendee survey and we hope that you will join us at the 2010 Annual Meeting in Orange County, CA at the Anaheim Marriott Hotel from January 6-9 (Note: The meeting will run from Wednesday to Saturday with sessions beginning on Thursday, January 7).