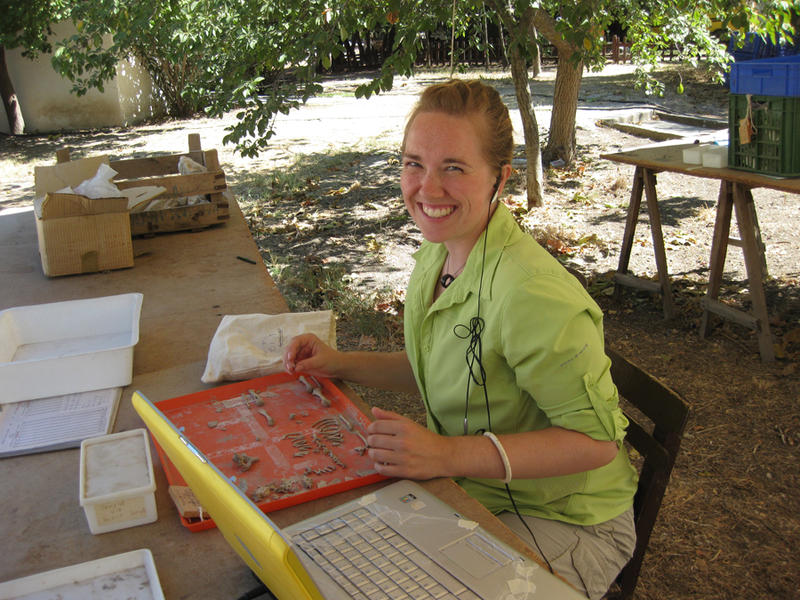 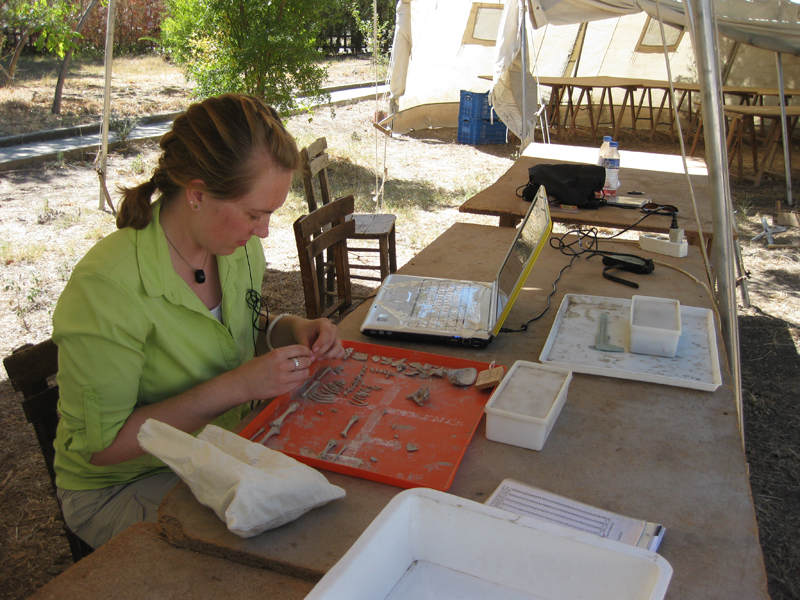 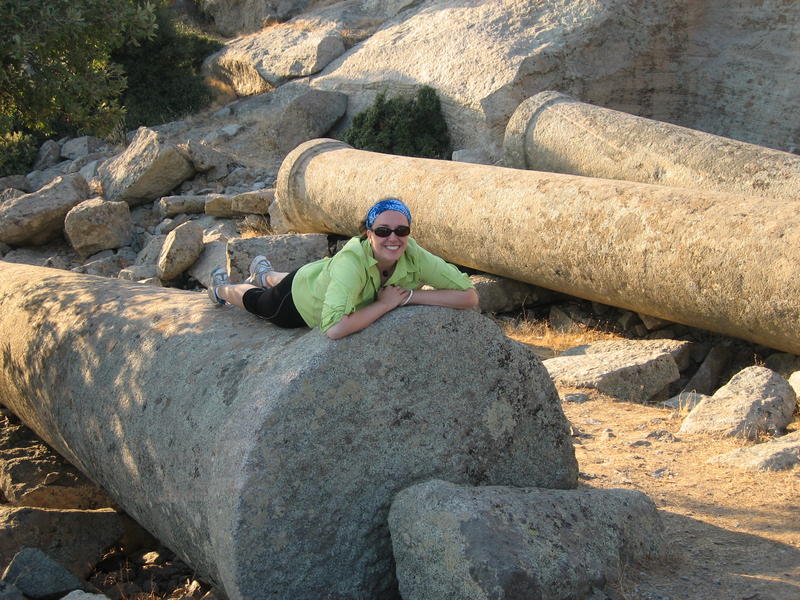 My experience in Turkey was a remarkable one where I learned about the history of human civilization, was immersed in a different culture with another language and gained valuable experience by being part of an excavation team.

The highlight of my research at Troy was assembling three skeletons to determine which bones remained, their gender and sex and any pathology, fracture or stress/use markings on the bones that would tell us something about their life or how they died. I learned how to tell left bones from right ones and about specific features of the bones that help to identify them. One skeleton was an adolescent and the two others were infants. The babies’ bones were a lot harder to identify because they were not exact miniature replicas of adult bones, but I learned what features of the bones were already present on the infants and would be also on adult bones so I could identify what bones remained. In order to age and sex the individuals, I became familiar with the tooth eruption time scale and which bone ends to look at to determine if the shaft and the joint head was fused yet or not. I was really amazed to learn that many ends of bones do not completely fuse until the body is in their mid-twenties and the skull sutures not until one is at least sixty! I learned how to recognize the presence of porotic hyperostosis on one of the babies, which shows this infant had malaria.

I also helped clean two of the skeletons found last year. One of these had very good, straight teeth, which was surprising. Another’s teeth were interesting because it had a large cavity and abscess, which looked very painful. Some of the fingers on one of them had markings that showed strong use during life.

Researching the location of graves around the site was another large project I did. My professor and I wanted an idea of the overall layout of all the graves, especially the ones dated after the Bronze Ages. In order to this I researched the excavator notebooks, found the trial trenches out on the ruins and roughly mapped them to determine their geographic relationship with the other graves. This project was interesting because I learned about burial practices, especially concerning orientation and how this changes between cultures and over time.

Several other activities I did gave me a really good idea of all that takes place at an excavation site. I organized pottery and other small artifacts so they could be photographed; it was really neat to see so many different kinds of pottery with a diversity of designs. Two other students and I wrote up descriptions of the recently found small artifacts. I enjoyed this very much because I got to see ancient artifacts and learn how old they were, how they were made, of what they were composed, and their significance.

We were able to travel to several ancient sites, including Dardanos, Kocali, Alexander-Troas and the island of Bozcaada with a medieval castle. Before going to Turkey I had a hard time comprehending how long human civilization has been around. I gained a better understanding of how far human civilization goes back and the differences between cultures by visiting these ruins and Troy.

Living in Turkey this summer was an amazing time full of meeting new people, seeing ancient sites, learning about other cultures and the history of civilization, and gaining hands on experience with skeletal remains.