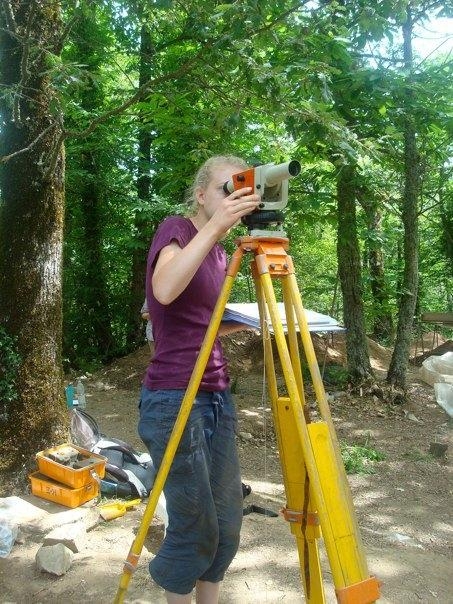 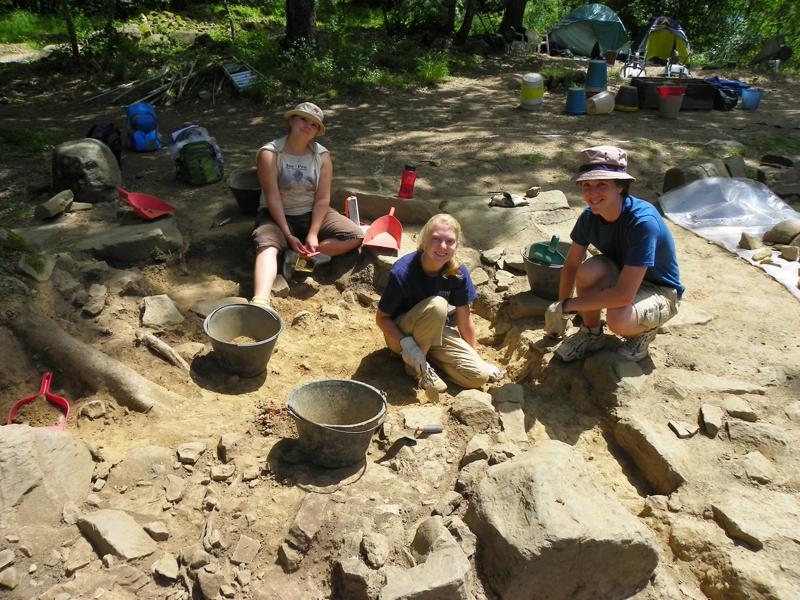 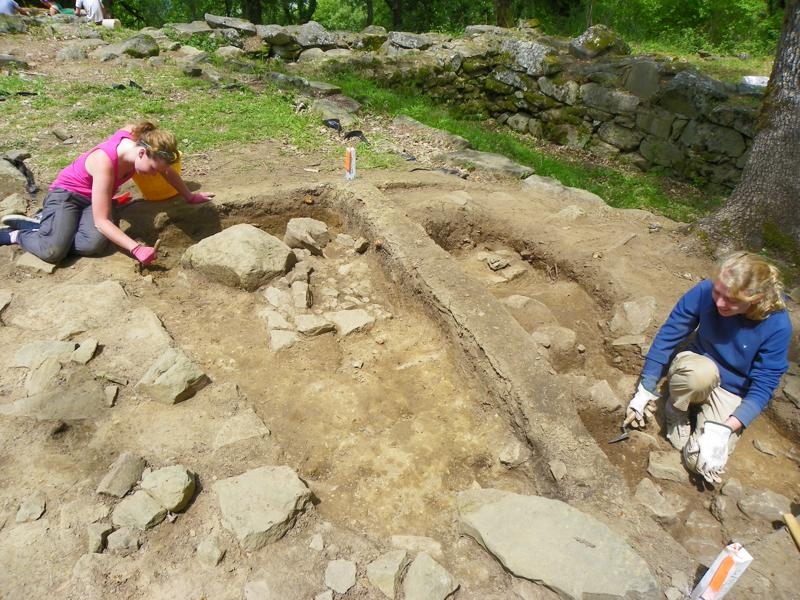 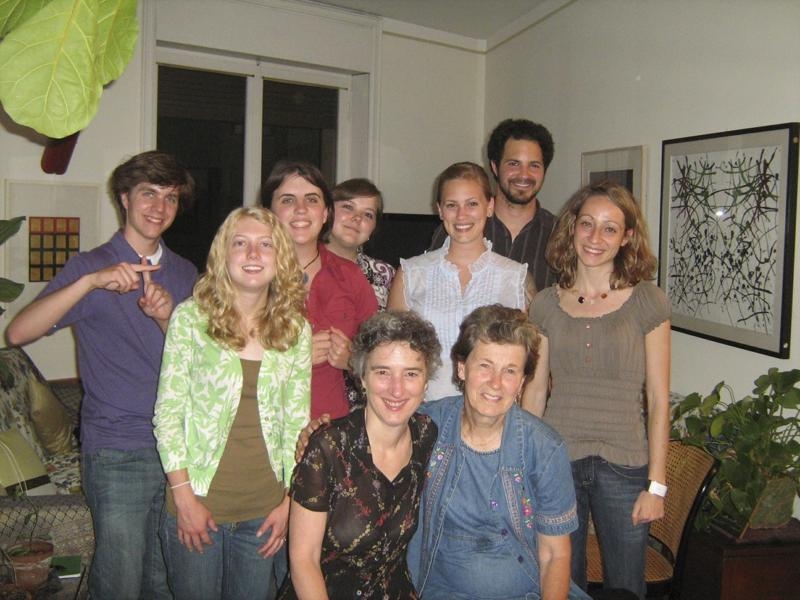 The opportunity to participate in Florida State’s dig at Cetamura was an invaluable and unforgettable experience. On the dig I learned and endeavored to master archaeological field techniques. I had the privilege of being selected as a site supervisor, which entailed keeping detailed and thorough notes of how my trench was excavated and what was uncovered. This position of responsibility helped to improve my leadership skills as well as allow me to gain first-hand knowledge of the intricacies of archaeology. For five weeks my days were filled with digging, making top maps, keeping my unit as level and my balks as vertical as possible. Plumb bobs, line-levels and artifact bags and tags had a place in my backpack and became integrated into my daily vernacular. At night, after a hand-prepared Italian meal, I poured over catalogues published by Dr. de Grummond which analyzed finds from previous seasons and studied my site maps to develop a deeper understanding of the layout of the Cetamura of the Etruscans.

Over the course of our excavating season, I worked in a room (designated as Room 5) within the sanctuary that was excavated for several weeks by means of two trenches. As the end of the season neared, I and several others were able to remove the balk which divided the room. This helped to better understand the dimensions and shape of the room and opened discussion about the room’s function. While my trenches were not perhaps as fecund as some others, they did indeed yield some interesting finds. In addition to fragments of black and red gloss pottery, a nearly intact base and evidence of a drainage channel, both of which may have had ritual significance, were unearthed. Excavating in Room 5 was not always simple or straight-forward; my 3 by 2 meter trench was replete with rocks (some of which were likely remains of a wall) and a sizable tree. These problems though, allowed me to understand that flexibility and creativity are essential to fieldwork. This excavation gave me a realistic and a more thorough understanding of archaeology, with all the work, headaches as well as thrills that such a job entails. The patience which such work requires is considerable, but it is not without rewards. While my finds were not grand or opulent, they added to the understanding of the Etruscans at Cetamura. Few summer programs give students the chance to actually contribute to the professional field, but archaeological excavations are an unparalleled exception.

Though Cetamura provided us with much to learn, our field school was enhanced by trips taken off-site. Our accommodations located in the beautifully quaint town of Radda in Chianti, allowed us to learn both about ancient and modern Italian culture. Day trips on our days off, to places like Volterra and Florence, were feasible and among the highlights of our excursions. Dr. de Grummond utilized the millennia of history which resides in Tuscany and its environs, by personally guiding us through sites and museums. Among the richest experiences we had outside of Cetamura was on our tour of the famous Etruscan tombs in Orvieto, Cerveteri and Tarquinia. We were given personal tours from the experts and then allowed some time to explore on our own. Many of the tombs and objects in museums were things that we had seen in the Etruscan Art and Archaeology class taught by Dr. de Grummond, but the chance to apply that knowledge to the objects and places that we were seeing first hand was truly stimulating. I and several others seized the chance of seeing Pompeii and Herculaneum and exploring the ruins of Rome while we were in Italy. Although these experiences were outside of the dig itself, they contributed to my understanding of archaeological sites, and afforded me the opportunity of applying my newly acquired skills of identifying pieces and types of pottery to new sites. The dig and all that I learned from it greatly enhanced my experience in Italy after the excavation.

After the digging season had concluded, I and several other students involved in the International Etruscan Sigla Project as well as Dr. de Grummond, were able to attend and participate in a sigla conference sponsored by the University of Milan in the beautiful city of Milan. At this small, but energetic conference I was able to interact personally with Dr. Giovanna Bagnasco Gianni and her students interested in sigla. This conference successfully disseminated knowledge and allowed for an open discussion about the difficulties in studying these enigmatic markings. At this conference I was able to present on my research about sigla in the sanctuaries, and focused on two sanctuaries in particular: Cetamura and Gravisca. The sigla conference, with its international focus, was a unique insight into the multinational collaborations that are integral to Classical Archaeology.

This summer is one that I will treasure and reflect upon for years to come. I would like to sincerely thank those at the Archaeological Institute of America and those specifically involved with the Jane C. Waldbaum Scholarship for considering me worthy for this scholarship. The stipend from the scholarship made the cost of the field school more manageable. My brief report of my time at Cetamura does not fully describe how wonderful this experience was to me. Not only was it an amazing opportunity to develop my academic understanding of the techniques of archaeology and a particular and important Etruscan site, but the experiences and friendships made on this trip have greatly enriched my personal life.