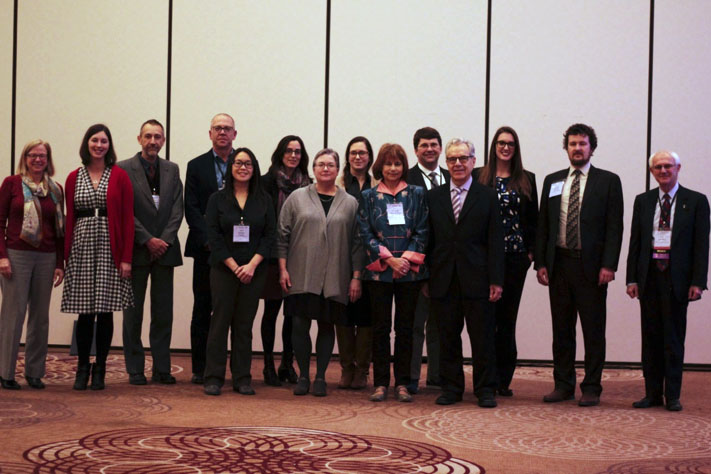 The Archaeological Institute of America is pleased to announce our 2017 Award Winners.

For his outstanding record of scholarly achievement, along with his notable contributions in both teaching and service.

For his contributions to Pleistocene archaeology, especially through the application and development of archaeological science approaches.

For her over 30 years of service to the AIA, including membership on the Governing Board, membership in the Nashville Local Society administration, and many lecture circuits.

For the book’s important contributions to the study of imperial iconography of the Roman Tetrarchic period and, by extension, to the archaeological study of Roman imperialism in the provinces.

For the book’s integration of a large body of archaeological practice and inquiry, making extensive use of classical literary sources, to shed light on the mystery of the bodies and to speculate on the possible reasons for their fate.

For her engaging teaching style, characterized by a strong emphasis on custom-designed, active-learning opportunities outside the classroom and the use and adaptation of modern visualization techniques to map and model ancient sites and buildings.

For her extraordinary work in training and protecting Iraq’s cultural heritage.

For its work in creating an essential component of the scholarly digital infrastructure that is vital to facilitating academic research in the 21st century.

For her paper’s innovation that will likely have a great deal of impact on the field of Roman archaeology.
Danielle Smotherman Bennett, Bryn Mawr College, “Breaking the Silence: Philomela in the Athenian World of Images”

For her paper’s groundbreaking approach incorporating ancient literary evidence, as well as communication theory, to illuminate the visual markers and ancient perceptions of psychological and emotional trauma

Please join us in honoring these award winners at the Awards Ceremony on Friday, January 6, 2017 at 5:00 pm during the Annual Meeting in Toronto.