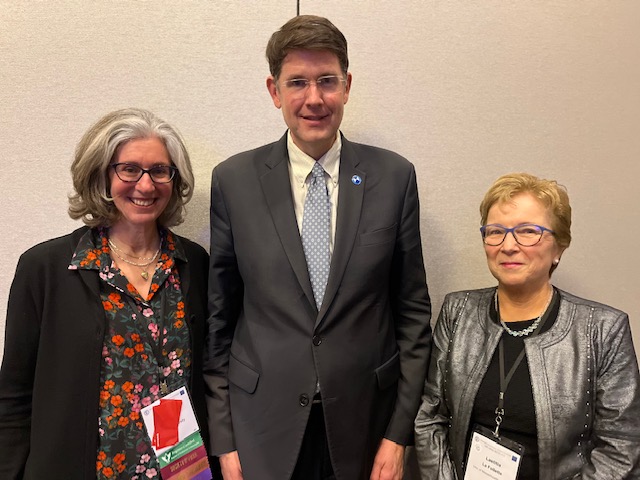 The AIA congratulates the following individuals who were elected to the Governing Board at the Council Meeting on January 7, 2023.

Thank you to the following nominees for running for election to the Governing Board: Margaret L. Laird as First Vice President and Monica L. Smith as Vice President for Research and Academic Affairs.

The AIA expresses its gratitude and appreciation to the following individuals who completed their service on the Governing Board this year.

Thank you to Laetitia La Follette for serving as President of the AIA from 2020 to 2023. She will now assume the role of Past President on the Governing Board.

The AIA congratulates the following individuals who were elected to the Nominating Committee at the Council Meeting on January 7, 2023.

Thank you to Betsey Robinson, James Jansson, Barbara Meyer, and Robert Rothberg for running for election to the Nominating Committee.

The following individuals were elected as Corresponding Members of the Institute:

Laith Majeed Hussein
Director, State Board of Antiquities and Heritage of Iraq

Michalis Tiverios
Professor, University of Thessaloniki and Academy of Athens