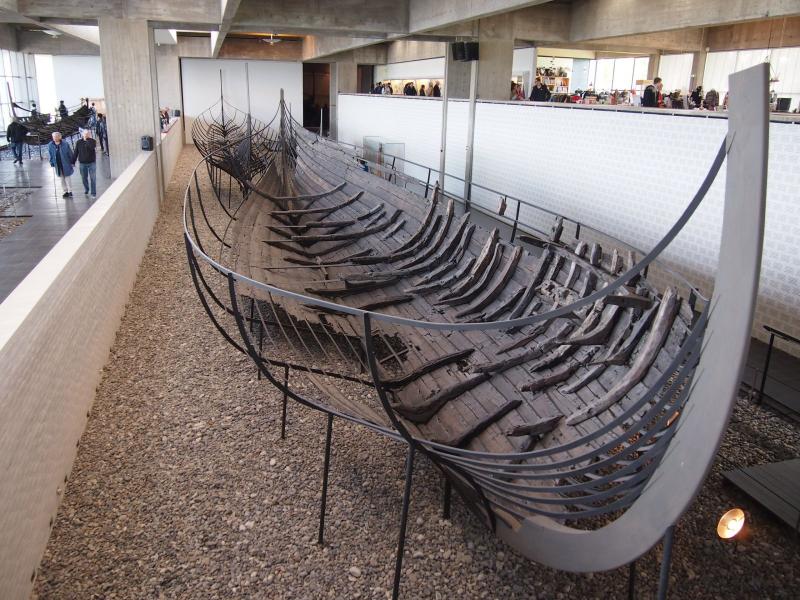 The journeys offered in the AIA Tour Program are a wonderful way in which to see parts of the world that would be difficult to reach as an individual traveler. The cruise that my wife Barbara and I took up the Baltic in June of this year is a good example. From Copenhagen (Denmark) we visited places as diverse as Gdansk (Poland), Tallinn (Estonia), St. Petersburg (Russian Federation), Helsinki (Finland), and Visby (Sweden), before disembarking in Stockholm (Sweden).  Along the way we saw superbly preserved towns dating back to the Middle Ages, spectacular palaces of the Czars of Russia, and museums with extraordinarily rich collections. At every stop we were impressed with the friendly reception given to visitors in what is fast becoming a favored region for tourists.

Often it is the unexpected discoveries that make the most impression on such a journey. As the AIA lecturer on the trip, I was keen to expand my knowledge of Scandinavian archaeology by visiting a few of the more accessible museums and sites of archaeological interest. So, while in Copenhagen, we took the train to the little town of Roskilde, once the capital of Denmark and still the burial place of Danish royalty.

Our objective was the Viking Ship Museum. Here on display are the remains of five Viking ships, sunk 1,000 years ago to block the channel up the Roskilde fjord to deter invaders. Each represents a different type of vessel, from small fishing craft to a great longship built for ocean travel by Viking raiders. The replica ships moored in the nearby harbor are as impressive as these archaeological remains. Visitors may sail in the replicas down the fjord to truly experience what it was like to venture forth as a Viking.

In St. Petersburg we toured the city and also the Hermitage Museum, a treasure house of art and archaeology. During the official tour of the art collections, several of us with museum plan in hand went in search of some of the unique archaeological collections. Our explorations were rewarded when we located the rooms in which the finds from the Pazyryk burials were displayed. High-ranking men and women of Scythian affinities were buried in tombs at Pazyryk in the Altai Mountains in Central Asia. These burials dating to the fourth century B.C. had been superbly preserved by permafrost. Among the many startling finds were clothing, felt hangings with appliqué swan designs, and a knotted pile carpet that looked as though it was made yesterday. The most poignant display was of one of the corpses found in these tombs. The upper part of his torso and arms had been tattooed with sophisticated designs representing a leopard and other animals.

From Stockholm we traveled to the little town of Sigtuna. This had been the capital of Viking Sweden, and still preserves the street plan and feel of a Medieval settlement. The main street is simply an updated version of the one laid out 1,000 years ago. All around were rune stones and remains of churches that brought this distant world very close indeed. Finds on display in the local museum filled out the story.

Archaeology can illuminate the past in exciting ways. It can also provide remarkable and enriching travel experiences!