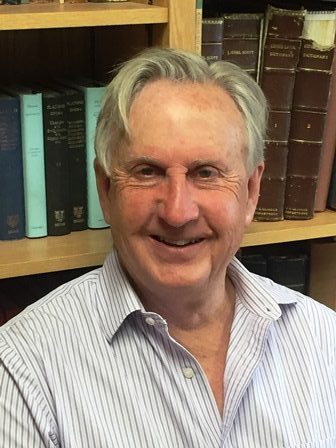 The AIA’s Gold Medal Committee has selected Dr. Jack Davis, Head of the Department of Classics at the University of Cincinnati, and former Director of the American School of Classical Studies at Athens, as the latest recent recipient of the Gold Medal Award for Distinguished Archaeological Achievement. Presented each year at the AIA-SCS Annual Meeting, this award recognizes distinguished contributions to archaeology, primarily through research and/or fieldwork, and is the highest honor the AIA bestows.

Dr. Davis has led survey projects on Keos, in Nemea, and in Messenia. At the forefront of “second-wave” archaeological survey in the Mediterranean, he often incorporated the use of new technologies and sciences, such as early GIS, GPS, and geophysics, at his projects. As a result of his work at the cities of Apollonia and Epidamnus (modern Durrës) as well as the site of an Archaic temple at Bonjaket in Albania, Dr. Davis was given an award for Special Civil Merit by the Albanian President, one of the highest honors bestowed on foreign citizens by the nation of Albania. In 2015, Dr. Davis, together with co-director Dr. Sharon Stocker, his wife and long-time collaborator, and their team returned to Pylos and began new excavations at the Palace of Nestor. In their first season, they found and excavated an un-​looted, shaft grave, which housed a single male. The buried male has come to be known as the “Griffin Warrior” and his discovery may redefine our understanding of Early Mycenaean Pylos.

Dr. Davis’s numerous contributions to the discipline of archaeology extend beyond his extensive fieldwork in Classical archaeology, Aegean prehistory in particular, and world archaeology more generally. A prolific academic researcher, he has written well over a hundred scholarly articles and chapters, 18 books, as well as numerous online publications, museum exhibitions, and outreach work. However, perhaps his greatest contribution to the field has been his many years devoted to educating and mentoring the next generation of Aegean prehistorians, many of which have become Classical archaeologists, and who will share their knowledge with the generation that follows.

At the 2020 Annual Meeting, Dr. Davis will be presented with the medal and a citation documenting his outstanding achievements, as well as a symposium to be held in his honor. More information about the Gold Medal Award and past recipients can be found here.