AIA at the World Archaeological Congress 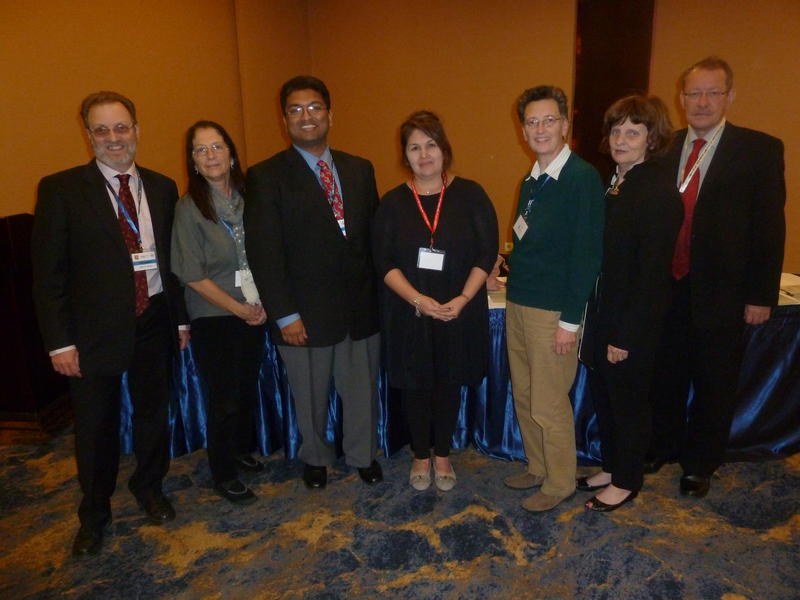 This week, AIA Director of Programs, Ben Thomas, and Senior Programs Coordinator, Meredith Langlitz, are participating in the 7th World Archaeological Congress (WAC) at the Dead Sea in Jordan. This Congress, the first in an Arab country, is being held at the King Hussein Ibn Talal Convention Center under the patronage of His Majesty King Abdullah II Ibn Al Hussein. Prince El Hassan Ibn Talal, a strong advocate for Jordan’s cultural heritage and the King’s uncle, is the President of the Congress. AIA is partnering with WAC to livestream the conference online. As of Tuesday night over 600 people were participating in the event remotely.

The AIA has several roles at WAC-7. An AIA information booth in the exhibit hall is introducing the Institute and its publications to hundreds of international scholars from over 70 countries. In addition, AIA staff members presented in two sessions on Tuesday, January 15 and will present another paper on Thursday. The first paper, entitled “Community-Specific Approaches to Preserving Archaeological Sites” was part of a session about tourism, archaeology, and narratives. The paper highlighted some the achievements of the AIA Site Preservation Program and discussed best practices gathered from projects that the AIA is supporting on five continents.

On Thursday, Ben and Meredith will give a paper on public engagement and Archaeology Day in a session that discusses ways to present archaeology to the public. This will be an opportunity to introduce the program to a new audience and recruit new collaborators for International Archaeology Day 2013 which takes place on October 19. We have run into a few AIA members here at the Congress but have also made many new friends!